I'm sick and tired of our hard earned cash propping up countries in the EU such as Portugal, Greece, Ireland and now Italy.  It's a damn disgrace and there's no way we should be doing it anyway!  Britain, France and Germany put 80% of the income into the EU.  When are people going to wake up to this stupidity and lobby their MPs to get us off this sinking ship?

To hell with propping up these Euro-zone countries when we're experiencing economic issues here at home.  It's high time we put a complete stop to bailing out the sick Euro which will fail inevitably.

After all, if the shoe was on the other foot and the pound was in trouble, would the EU give a toss?  Somehow I don't think so. I hope that at the end of all this the countries in the EU return to their own currencies.  This will affect the pound IN YOUR POCKET.  For a start it will be worth more and the Brits will have some spending power for a change!! 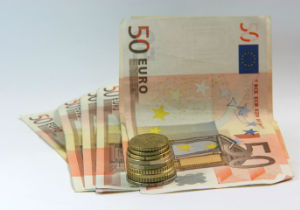 I'm so glad we never adopted the Euro

I think this thread is going to run because people are really "needled" with the fact that once again the British taxpayer is being asked to "stump up THEIR cash" to bail out members of the EU when we have enough problems back home.

I say let them put their own house in order and take a lesson from what we're doing to get through the difficult financial storm we're all going through.

I'm so glad we never adopted the Euro as our own currency.  I would support member states who cannot reconcile their accounts returning to their former currency (Greece in particular), Italy looks like it's going the same way.  This may indeed be the only way to bring equilibrium back into the EU.

BREXIT will happen, May knows this and so does the remoaners. The EU will cave in at the last moment knowing a trade deal with the UK is vital for their own suvival. The EU companies will insist that thier own politicians SHUT THE F/UP and stop fannying about. Politician are the scum of the Earth. It's money and wealth that rules the world today.
13/08/18 Next
0

I have an idea, instead of voting to leave the EU why don't us, the germans and stronger nations simply kick the losers out. relegate them to the championship league of europe, not champions league as thats football
20/06/13 ahforfoulkessake
-2

athair_siochain why do certain gripers ask a question then give the answer? I will not say the Bank.
31/07/12 Boblet
-8

No offence, but you are LENDING the money through the IMF or through the EU. BAILOUTS are for your own banks where the money cannot be recovered due to unwise investments. The reason you are HELPING other EU countries like Ireland is because you trade so much with them. If you don't lend them money for their economies they won't import British goods and then you both suffer. And don't forget the EU is bailing out Greek/Spanish banks who lent money to other EU citizens who were speculating on their property markets like the British, French & Germans. So can everybody stop the finger pointing and just fix the problem and then we can move on the repeat the same mistake in another 20 or 30 years ;-) PS - you might be in the Euro in 20 years time! LOL
31/07/12 TheWrabbit
-4

I sometimes wonder what people have between their ears. they dont have the intellegence to see what is going on,, rely on newspaper headlines, Greece owes a lot of money. where did the money come from in the first place, you will say from the bank, it is legal for a bank to lend up to 10 times the amount it holds in deposits, some banks actually lent out 65 times the amount held in savings deposits so in a round about way the money never existed in the first place, so why should it be paid back, remember the loans were just figures on a piece of paper, how can the bank do this, , they use security from the future, the loan repayments, the banks create a system whereby prices on property keep going up, this makes the security grow, it also creates tens of trillions of dollars in equity , that was used to buy more property as investments, that are financed by tenants,
What we need is a monetary system that is world wide, only one currency world wide, this would end the the speculation on money, no more money market racketeers, no ups and downs, no more buying good from the other side of the world, that can be made at home.
we need to educate our young, so they will see how the finance parasites manipulate the poor nations wealth, Germany is the one that should be paying Greece they bled that nation dry, high loan repayments and high prices for imports, inflation is caused by the money market putting a value on a Nations financial future. the UK is tottering on the brink, our people have been screwed by the world bank, borrow invented/created money then pay back real money that was worked for,we should start hanging all parasites starting with landlords and moneylenders,
24/05/12 athair_siochain
-5

Lock the bankers up

Why bailout anyone? These countries and their banks need to go bust. All the IMF does is protect bankers.
25/09/11 Lock the bankers up
-1

If people are upset about the EU bailout contributions the UK has to pay, just wait until the real effects of the spending cuts start to take hold in this country. I think there will be a great deal more people wishing they had not spent so much on credit.
27/07/11 Realist
5

Praying? Don't make me laugh, We need to take realisitic action NOW and get out of the EU which is the reason why we are having to pour billions into these repeated bail-outs. I strongly agree with George, above, and I don't think that Toddhunter is on this planet when he talks about "minimal". We in the UK are suffering job losses, high inflation, a lot of cuts in wages and pensions, the withdrawal of basic services even care for the elderly which is disgraceful. We are charging young people Â£9,000 per year to go to university, and why? To bail out badly-run economies which have alreadyd had massive subsidies from us via the structural fund. Top world economists like Nouriel Roubini predict that the euro scheme will fail and the whole EU project will end in collapse. GEORGE: I hope you will consider joining UKIP because there are other people like you and me who are concerned about this country going down the drain.
Just ring up the HQ and they will send you the form!
17/07/11 Exasperated, Headington
2

I mean "minimal" within a total fund of â‚¬440bn, the UK's contribution amounts to less than 2%. The German's are contributing the lion's share.

There is also a degree of self interest, a "broken" Greece would doubtless cause a tide of unemployed Greeks arriving on our shores.

By the way, instead of worrying about Greece & Ireland, start praying Italy does not go broke!
17/07/11 Sir Willoughby Toddhunter-Brow
-20

"the UK's contribution to the bailout of failing Eurozone countries is minimal, and most of it in through the International Monetary Fund (IMF)"

I hope I'm not one of the "hotshots" previously mentioned, but the UK's contribution to the bailout of failing Eurozone countries is minimal, and most of it in through the International Monetary Fund (IMF) rather than the EU. That is the IMF that bailed out the UK in the seventies.
I look upon things like the IMF are effectively an insurance policy.
The except was the direct loan from the UK to Ireland, which reflected the close economic relations between these two islands, basically Ireland failing would have dire consequences for the UK.
It's rather like people who complain about 'bailing out the bankers', while literally true, the bankers were gambling with OUR money, in the form of deposits, so I don't think the Government had much choice, unless the population wanted to be unable to withdraw anything from the ATM.
17/07/11 Sir Willoughby Toddhunter-Brow
-35

In addition to my previous comment I run a shop in the UK. The shop next door to me went bankrupt, why, the owner borrowed too much when he bought the place and couldn't service his debts. The banks still continued to lend him money even though it was obvious to anyone looking at his accounts that the business wasn't viable. The bank was the last to realise that there was no point in continuing to increase the owner's overdraft so he went bust.
Greece on a small scale!!!!
Even the owner couldn't believe just how long the bank was prepared to keep lending him money when he knew he would never pay it back, and when he went bust he didn't have to pay it back.
Greece is bankrupt, Italy is bankrupt, Irealand is bankrupt, Spain is bankrupt, Portugal is bankrupt. Time to face reality and stop now before the hole gets any bigger.
17/07/11 artuksa
7

I never voted for the EU and I feel that being a member has been more trouble than it is worth, our country is taking in EU workers, illegal immigrants, asylum seekers by the shed load giving them every benefit going and then supporting failing economies and Brussels at the expense of our country.
We need a strong Goverment who really is supporting Britain for the British and not every other B****R.
17/07/11 Papadoc
-2

Foreign vehicles with no road tax in the UK