It is incredible to see companies still offshoring their outsourced services to places such as Bangalore, Chennai and Cairo whilst the UK is suffering from a declining economy, high unemployment and a lack of jobs.  What they are doing is exporting UK jobs abroad to make even bigger profits and turning their backs on British workers in their time of need.

Outsourcing continues to provide an appropriate means of reducing cost and employing expert or specialist skills whilst allowing an organisation to concentrate on its core business.  But the cost/benefit analysis of offshore versus near-shore outsourcing has changed dramatically in recent years, especially since the onset of the global financial crisis.

Now, a business may receive the same or a similar quote from an outsourced services provider in India and one in Inverness.  This is due to rising inflation in other countries and the cost of a local liaison to front-end the agreement where there is a disparity in time zones, language and business practices. 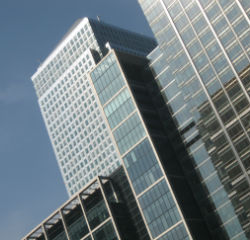 Where offshore outsourcing wins on price, this is rendered insignificant by the risks to communication and security that are involved.  In the last few years, undersea cables have been damaged at least twice in shipping or geological incidents, resulting in significant degradation to communications and the time-critical transfer of important data.  The Indian commercial world has been rocked by the recent $1bn fraud at Satyamm, Indias fourth largest IT outsourcing company.

Every spent on an Indian Graduate is a loss to the UK exchequer and more importantly is a waste of the UK education, that we have all been paying for since 1997.  So there is actually no excuse for outsourcing the jobs to another country and where companies do so, they should be penalised accordingly.  Keep British jobs for British workers!

The UK government should:

Provide a tax incentive for companies that near-shore their outsourced services rather than sending money and jobs abroad.

An Outsourcing Tax should be levied on the companies that outsource to other countries, this should be based on the amount of jobs outsourced and where there is a cost saving they should claw the difference between UK cost and Overseas back from the companies, to fund the incentive to companies that near-shore their outsourcing jobs, and redundant staff re-training, to even the field.

We are currently part of the European Union and places such as Bangalore, Chennai, Sofia and Cairo, that are not part of the union should not be allowed to tender or quote for outsourced UK jobs or any revenue from the outsourced of UK jobs.

Companies, such as the UK Banks, that were bailed out by the government with our money should not be allowed to outsource jobs in under any circumstances, in fact where they have outsourced jobs they should have to bring them back to the UK or be penalised (as above).

There should be a UK published list of all companies that outsource their services to other countries, for example Banks, Insurance Companies, Internet companies and telecoms companies, so that UK residents can check the list and has an option to use only companies that "Keep British jobs for British workers.

If UK businesses can reduce costs to stay in business, whilst keeping jobs here then the government should provide a tax incentive for those companies that near-shore their outsourced services rather than sending money and jobs abroad.

The public should have a right to talk to UK companies/workers when they call a UK company, or at least they should have the right to choose an option that will re-routes their call so that they can speak directly to someone at that company in the UK rather than some foreign call centre.

Who needs these snobs?

I want the HS2. I want Crossrail 2, Would those trying to block these major infrastructure projects go and live in Skye. And ask for the Skye Road Bridge to blown-up.
13/03/14 Who needs these snobs?
-1

Furthermore, The character 'Boycie', used to bring me out in 'gooseflesh' at the thought of his rough hands on me.
18/01/14 Fred E
2

I was also saddened to hear of Roger Lloyd Pack he was a childhood crush of mine it was his dress sense in Only Fools and Horses that turned me on, i also had several fantasies about him inserting his broom handle into me.
18/01/14 Fred E
4

I find Len Goodman from strictly come dancing very attractive for a older man, i wouldnt mind getting spitroasted by him and Brucie.
17/01/14 Fred E
2

That's easier said than done when everybody wants a high life without having to do any work!
17/01/14 Dave
0

Remember that old Two Ronnies sketch where the middle class man looked down on the worker and said "I look down on him because I'm middle class and he's working class". Oh how the UK/world recession has changed the financial class system in the UK. As a baby boomer OAP I now consider myself as financially upper class, and it's my turn to look down and laugh.
14/01/14 OAP
3

Good news? My a*se. What they mean by economic growth is just London house prices are rising; and more jobs means one old job paying 30K is split into 2 new jobs paying 15K each. There are no new jobs, no new money coming in and no future no hope.
14/01/14 Nick
4

Every day there's more good news about the UK's economic recovery. Jobs up, sales up, retail market confidence up, exports up, inflation down to 2% (BoE target). I felt so confident yesterday that I asked my boss for a salary increase....." Are you joking you moron, get back to your desk, NOW!. If you don't like the money I pay you, you know where the door is". Well folks don't forget there's a general election coming soon so we should be hearing loads more wonderfully excellent news from the politicians concerning how lucky we all are.
14/01/14 Vote UKIP
2

The Chinese are just manufacturing things with the budget you give them. You want me to make a mattress costing Â£20? OK I'll make you a 20 quid mattress but it won't be fire resistant. What? You want a fire-resistant label anyway? OK I'll stick a fake label on it for you no problem. The Chinese can make anything - genuine or fake, quality or crap. At the end of the day, it is the fat-cat British company director who should be arrested and fined heavily. The British public are just so fallible and naive. They believe everything they see and hear. They trust the big retailers who cannot be fully trusted anymore. I can't believe there are still so many British people responding to the Nigerian scams, especially the elderly. You need to learn your lessons!
14/01/14 Dave
0

These Kind Of Goods Must Be Made HEre

Very enlightening programme on TV last night: Fake Britain, all about how a very large number of the major retailers of Sofas, Beds and Mattresses are all selling these products which have not been made properly flame resistant in accordance with the laws in this country, yet were all carrying labels saying that they were. Guess where these products all came from: China.

This is criminal behaviour. The directors of these companies should all be arrested, and sent to prison. The companies selling these products should all be fined such a large sum that sends them all immediately into bankruptcy, so that they are forced to close, the same too for any intermediate trading company.

It was not so long ago that goods as such as these were made here, where it was far easier to control the quality. Why are we trading with a faraway country which does not stop its criminals selling us poor quality goods. All trade with that faraway country should cease because of this.
14/01/14 These Kind Of Goods Must Be Made HEre
1

Thomas, your post is striking in that it has no value whatsoever. Well done!
05/12/13 miserablemoaninggit
-2

So Miserable Git, I take it you don't like Michael Gove, far eastern automatons, and a rather stupid British public, crappy wages, mass immigration, a succession of useless Governments, and big business, (have I left anything out). But you do like teachers, so your nickname doesn't really reflect your true nature, how nice.
04/12/13 Thomas
5

This is where the future lies

Britain has future when it re-realises it is a maritime nation. Air transport will decline as the price of fuel rockets, and fossile fule dries up. In those circumstances we be forced to go back to the sea to get around. But we no longer have a ship building industry in this country. Do the Governments who run this country think strategically beyond the next general election? The answer is NO!

The ships of the future will need to be powered by wind and nuclear fuel.

This country needs to generate TeraWatts of electricity. Where are the new generation power stations.

Privatisation of the utility industry has driven our commerce into short term thinking: next season's profits for the shareholders, and not the huge stakeholders and citizenry of this country.

Bring the new jobs required for our future back to Britain and its people.
04/12/13 This is where the future lies
5