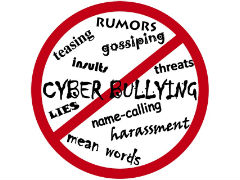 Aspergers syndrome - bullied by everyone
I'm trying to come to terms with the Aspergers diagnosis still, it explains so much of my past, and especially behaviours which since my breakdown - [8 June 2014 - 15 comments] 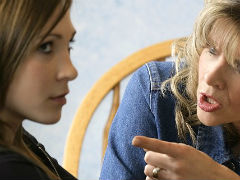 Mother in law is treats grandchildren differently
Are all mothers in law complete pains in the backside? I'm sure all of them aren't bad but mine is and she's driving me mad. She treats her - [16 July 2013 - 12 comments]

Greedy ex wife uses the CSA to punish us financially
My partner's ex was perfectly happy with the financial arrangement they had made before I came along. Now she preventing my partner from seeing his - [27 May 2012 - 9 comments]

I can't get on with my partner's spoiled daughter
I have been with my partner for 6 years now. I love him very much and want to spend the rest of my life with him. The real problem I have though is - [30 January 2012 - 31 comments]

Night out with friends spoiled by unruly kids
This week I met up with my friends from schooldays for a Christmas get together. We went to Al Forno's in New Malden. Not long after we were seated at - [27 December 2011 - 44 comments]

CSA mistake leads to family break up
I can't believe how many similar stories about the way parents are being treated by the CSA there are on here, and although reading them makes me feel - [12 December 2011 - 10 comments]

Struggling with foster children and family friction
Wow... where do I start? My partner and I were put in a position about 6 months ago. My mother-in-law was charged with serious child neglect against - [3 November 2011 - 7 comments]

The CSA are forcing fathers to move abroad
I am a non-resident parent who has disappeared abroad. I have battled with the Child Support Agency for 6 years and my gripe is that a very corrupt - [17 August 2011 - 28 comments]

Ex doesn't work to avoid paying maintenance
I'd like to apologise to begin with, I'm afraid it's yet another story of a divided family with the ex not paying any maintenance and not really - [2 August 2011 - 10 comments]