This is going to sound a little harsh to some, but I'm of the opinion that we shouldn't be opening our arms wide and welcoming in thousands of refugees and asylum seekers. As far as I am concerned they are most certainly NOT welcome here and whilst I understand they are going through a particularly difficult time at the moment, I think that we should put the citizens of this country first in this instance.

My view is that rather than deal with the aftermath of some problem - and let's be frank, we're talking about the spread of conflict and the group that calls itself IS, we should be tackling the root of the problem and eradicating it properly. I'd rather my tax money was spent on removing IS properly so that these people can rebuild their country than rehousing them over here. Also, one of the problems with taking on refugees is that once the crisis is over, they're unlikely to go back home again. The people of Germany, who can perhaps be forgiving for trying to atone for the sin of their fathers with a great act of kindness may well regret the decision to take in so many people years down the line. Whilst on the subject of IS and the people who fight for them. If anyone here wants to go well we should let them. We'll take them out with the next drone strike too! 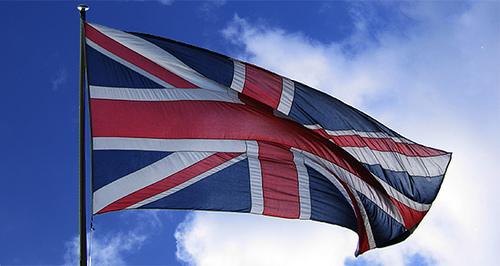 Regarding immigration in general including so-called economic migration, I'm not really in favour of that either unless that person is moving here to take up a worthwhile employment or to fill a much needed position such as a doctor, nurse, or scientist. By the way, when I say worthwhile I don't mean minimum wage cleaning staff as I know full well that many unscrupulous employers in this country would rather employ cheap immigrant labour than employ someone who is resident here and may know a little bit about their rights.

In summary, close the borders to the hoards looking to exploit our welfare system, get out of the EU (that's a no-brainer) and get some hardware and manpower in place to help these people deal with the problem instead of going for the sticking plaster solution!

By Fed up with it all

England till the end

My grand dad lost his life for ENGLAND

Just ship the off they are the low of the low only here for the honey and money look at them smiling 😃 at us WELL we an,t smilling at you YOU ARE NOT WELCOME HERE SO F#CK OF BACK TO WHERE YOU COME FROM
10/05 My grand dad lost his life for ENGLAND
5

The UK is a small island already overrun with illegal immigrants of all ethnicities. The UK taxpayer is sick of paying for housing and benefits handouts for these people most of whom are already in safe countries when our own citizens cannot afford heating rises in the cost of living and the pensioners and needy go without.
02/05 fed-up Uk taxpayer
7

They are supposed to seek asylum in the first safe country they come to, which clearly is not here. We cannot continue to take in unlimited numbers of refugees, this is only a small island and our resources are stretched now more than ever.
26/04 grumpyoldwoman
5

i come in peace

Just saying i come in peace, i respectfully disagree with all of yu who do not accept refugees
1.Just to let you know a lot of refugees are not here for just money they are here because they are not safe where they are from, plus they cannot get money from anyone other than their hard work because they cant get benefits and arent allowed to have higher jobs like we are
2. all those refugees have a right to came and seek asylum and also have a right to be safe just like us in the Universal Declaration of human rights, it says (article 14) right to asylum in other countries from persecution and by the way anyone naming the refugees horrible names, they also have a right to freedom of torture and DEGRADING treatment
3. 300 people came here? really? you really need to know that that is not alot, out of the uk's population only 0.24% and 2 years later dropped significantly to 0.19% thats not alot of people.
thanks i come in peace
25/04 i come in peace
-5

This country is turning in to a 3RD world shot hole

My grand dad lost his life for ENGLAND

Ukraine for bless you

We're not ACTUALLY at war with anyone - yet. However, I'm willing to bet things are going to change when China makes a move on Taiwan... and they will, I can guarantee it.

Not in my name