I am a 49-year-old male.  I have been married for 8 years, but now all of a sudden my wife has announced that does not want to married to me any longer and wants a divorce.

She went to an attorney who naturally told her that she has no grounds for divorce as things stood.  She then had the great idea that we could create them by selling the house, separating for a year and then getting a divorce.  I don't believe in that crap and have absolutely no intention of giving her the gun, ammo and aiming it at my own head!

Of course she doesn't see it that way.  She has been distancing herself from me for some time buy she denies this and has been generally treating me like don't even matter. 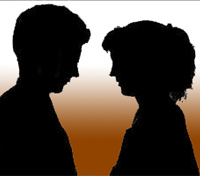 This was all very sudden and quite baffling.  I don't think there is some one else but then again... what do I know?  I never thought that our marriage would end like this.  I am a patient man but I am losing my patience.

So many women wish they had a man that would be home every night, listen to them and be willing to do what may be necessary to make the marriage work.  This whole thing has made me so angry and I don't know what to do.  None of her friends can understand her logic.  A 40 something woman with a good man that now wants to be single - In THIS society?

By: Angry at it all

Not at all, I'm too smart for that. As it happens, part of my professional life involves helping victims of these filthy vermin.
What does 'little buddy' mean and why do you have to use the term when referring to people you've never met and never will meet?
01/08/14 Nigerians are scum
0

sylvia Do you think that Dr Eziza would be able to help in ridding the WG of a troublesome Welsh thread? It even surpasses the pure unadulterated cr@p you lot post.
26/07/14 boblet
0

With the help of a great Doc called Dr Eziza my ex boyfriend came back to me and he has be the kind of guy i ever wanted and also he shows me much love just like when we first met. with this great opportunity i want to say a big thanks to him for his job well done because i promised him that if he bring my lover back to me i will make him known to the word how great he is and how helpful is his great spell that reunite broken relationship within the period of 48hours. To me i have experienced his great work and i can say to anyone that Dr Eziza is the real deal in case you need his great help just email him via his email address ezizaoguntemple@gmail.com or you can call him on his mobile number +2348058176289 i assure you your ex will come back to you within 2days and you will be glad i made Dr Eziza known to you.
26/07/14 sylvia
0

You sound a bit sappy. That's probably why your wife wants to dump you. Women say they want a man who's nice and reliable but they don't. They want a bad boy with a bit of an edge to him. It also helps if you're hung like Red Rum. She's probably found herself a lovable rogue who gives her what she wants in bed. He might even be black god forbid. What you need to do is man up and get a grip of yourself. Otherwise you'll always be a doormat for these women to walk over.
Hope that helps.
27/05/14 Marjorie Proops
0

I would venture to say I admire your effort to try and put a different spin on this. I like to think that other people are divorced for having a argument of ideal living but if your not happy with your marriage then the best of luck to you.
I myself am a happily married fair minded 50yr old male. The pressure is very different, but also similar in that the perfect marriage is different for everyone. Im sure regardless of your partner there will be someone out there who suits you, its just hard finding them yourself without a third party these days when youre being hurt so often...
21/05/14 collar
0

I was searching for help on the internet to get my ex lover whom will got divorced back, i came across this wonderful man called Doctor Jatto of drjattosplltemple who did a nice job by helping me to get my divorced husband back within 48hours.. I never believe that such things like this can be possible but now i am a living testimony to it because Doctor Jatto actually brought my lover back, If you are having any relationship problems why not contact Doctor JattoTEMPLE via email on: (drjattosplltemple@gmail.com) Then i promise you that after 48hours you will have reasons to celebrate like me. JOAN from USA
20/05/14 joan nie
0

Angry at it all, I can understand your hurt and resentment at being so cruelly rejected by the woman, but why would you want to fight to keep such a cruel ungrateful creature by your side when she's made her feelings clear? Staying together and telling yourself you're fixing the relatinship would be a sham and a lie. It won't be easy to move on and it will hurt, but won't that he better than living a lie with someone who doesn't want you?
17/04/14 pet
0

A few certainties and truths

Don't marry a woman outside your village, religion or class. Don't marry for love, but sex. Don't marry for beauty. Always accept an arranged marriage as the elders of your village can always exert pressure on the recalcitrant partner. The moment there is any trouble submit it to the village council for arbitration. Always seek gratification outside of marriage.

Parents today do not prepare their children properly for marriage. The so-called modern institution is dead.
12/04/14 Death in Wedlock
0

Looking into my mind I find an old record disc about a Witch-doctor - I have had four such records and they have all been well played. they are good with needles despite them having a bad surface. all my records have been involved with Witsh-docters and they loved casting spells and vice versa so come on cut out the bickering guys, them so-called conventional doctors re-open parts of the skull-goo and give us bad brain scares. some different approaches might be a good idea, all you negative people!
04/04/14 collar
0

Having read through some of these posts and the ones who recommend emailing some witch doctor, its clear why your relationships are failing.

Grow a pair and smack the b*itch is what I say.

God I long for the old days.

And shove your witch doctor stuff where the sun don't shine on the temple.
03/04/14 Nick
0

I too think it would be for the best if he just let her go. But if she is the one who wants out should hr be under an obligation to sell the house and give her half? Should he be under an obligation to give her anything? Personally, I think that if she wants out she should also be prepared to stand on her own two feet exclusively.
08/09/13 Samantha
-1

Just let her go. If the spark is no longer there, let her go. Starting fresh will help you find the woman right for you. There is nothing to be afraid of just move on. There is a big world out there and plenty of women looking for someone like you.
07/09/13 Let her go
-5

Weddings are expensive, why do they cost so much?

The CSA - a biased and unfair system