I am over him but I thought I'd toss this out there anyway because any feedback at all helps.  I was with my partner for three years, two of which we lived at his parents home together and we focused on racing bikes and building a solid best-friend romance.  We did not have to pay rent or utilities so we were getting a "free ride".  I moved in with him because he would not move out and get an apartment with me.  He worked part time and was also in school.

After two years we moved out, got our own apartment and started our life together.  At first it was GREAT, but over time (about eight months in) I started to see he was not happy with his life; not happy with part-time work, with school, with the National Guard and he slowly stopped helping out with the bills.  Red flags?  Yep, but I kept the blinders on.

Eventually, as planned he got into special forces military school (his dream profession), we got married me and we bought him a new Jeep.  The plan was for me to move out and be with him in North Carolina after eight months when he was ready for him to come out.

However, less than a week before he is due to leave, he broke up with me and I found out that he has been hanging out with a woman from our gym for the past few months whilst I was out working and paying the bills. 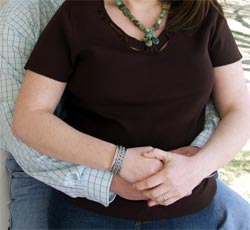 He claims its just a "friendship" but I am no fool.  She is his fantasy woman in all ways and I am guessing he could not resist the temptation.  Funny thing is that I have his dog and all his left belongings.  There are more lose ends here than on a fringe carpet.  Its absolutely ludicrous.  He has a bad ass new Jeep (his latest toy) and a new love (Lust) interest on his arm (he thinks she is a "pro athlete" - she isn't, but whatever) and his ego is GINORMOUS because he is about to become a Special Forces Soldier, etc, etc.

So, I am guessing that he loved me, thinks he "fell out of love" with me (when did he have time?) and feels this new woman "understands him better" To me this is all crap and he has NO CLUE what he has just lost.  It has NOT hit him yet either and it will probably be a year or two before he realizes what he has lost.  And all for what?  To chase after some "pro athlete" hottie?  Arrgh, you live and learn I suppose eh?  I would have Taken a bullet for this guy and this is how he treats me!

I guess its more fun to chase shiny new things than rekindle love in a solid loving emotionally stable respecting union.  Perhaps he just could not face the overwhelming fears of commitment and follow through.  He has no sense of commitment, has never held down a full time job in his life and yet he is in his thirties.  Does anyone have any thoughts on all of this?

Sorry if this is harsh:

You don't understand men. It's not commitment or understanding - we are visual creatures and will gravitate towards more beautiful women. If she was hotter than you that pretty much is all you need to know about "why". Just like how women will 'upgrade' for better prospects.
05/05/11 Merk
-12

Ever thought he cheated because you may be over weight? Or rubbish in bed? Or not that hot? Maybe you didnt treat him with enough respect? Why do women always blame the cheater?
27/04/11 Rafa
-8

Lol 'murphy taylor' get real! You men should be bowing down to us women! If we all went on strike youde be left with nothing but your left hand- oh you already are reliant on your left hand? Well that doesnt surprise me one bit! B@&$$cks for brains!
23/04/11 Chunky
-3

Husband cheated with next door neighbour who was supposed to be my best friend. While I worked my husband was having a full blown affair with my so called friend and neighbour. He didn't tell me about it. But suddenly he wanted to move house after we had only been there two years. His reasons he hated the neighbourhood but I found out later the real reason... 4 months after our move.

He denies it and doesn't want me to approach her. He says it's my imagination. She cut off all ties with me and started to act strangely towards me before we left. Shall I approach her?

I don't blame just her I blame him. I've discovered a lot about him lately and none of his nice.
20/04/10 Anonymous
1

whos fault is this? its yours. you are to blame you mad woman.

you are meant to bow down to him. you said 'WE were focusing on racing bikes'... 'WE'? what where you doing outside of the kitchen, woman?

make the man a sandwich, orally relieve him and for the love of god don't complain when he tries his luck with the hot blonde from the gym.
23/03/10 Murphy Taylor
3

You are so not over him, but read your own letter and look at it as if you were reading about a stanger ,mmmm reads differently doesn't it ,I was in the same position years ago ,it took a while to let go but when you do , it is liberating I know it is hard but if you keep forgiving him and making excuses for him ,he will always have a bolt hole ; don't let him you are worth much more!
31/10/09 gix
0

I just noticed another clue - he is in his early thirties? And has just joined US Special Forces? Hmmmm

UK, European, South African, Aussie and Kiwi SF troops would be nearing retirement at that age due to the intense demands on their bidies and morale!

He is lying through his teeth about everything you mention.
16/10/09 Congo
-6

Leigh - you ask for our thoughts, here a slightly different view of your position.

From your post it is obvious that you are an American and, presumably he has joined the US 'Special Forces'.

Well, don't be too worked up about that.

If, as you say he has little committment, "has never held down a full time job" and was only a member of the National Guard (what we call the TA) i.e. part time amateur soldier how on earth can he be admitted to "Special Forces" unless of course he is either lying about that as well.

Or, as some of us suspect, your 'Special Forces' will take almost anyone and are therefore not that 'special' at all.

He sounds a complete and utter wimp who is unable to distinguish between fantasy and reality. You are well rid of him.
16/10/09 Congo
-1

He's an idiot and you're well rid of him. He'll probably end up sad and lonely; and talk about a mid-life crisis! Some guys never grow up (by the way I'm not dissing guys before anyone starts)!
16/10/09 meh.
4

It sounds like you have fallen foul of the 2 worst inventions of the middle ages. Romantic love and Gunpowder. Special Forces, special needs more like. they have to be over confident to do their job but you have to leave it to one side in your personal life. I wish you well
15/10/09 Carlos
-6

Let him ride the bike

Men can 'shop' online to fulfil their 'needs'. These women come in the right shape and have probably are what you might term as used goods. They don't know this. You've lost him so just forget about him. You deserve better. I know you're hurting and I feel for you - having gone through a similar experience. Like the lady said he's got a 'bike' to ride a used one at that.
09/07/09 Let him ride the bike
2

These losers aren't worth getting upset over. You won't change them. You've been treated terribly ...one minute he wants you .. then the next he doesn't. He doesn't know what the hell he wants. Get shot of him.
07/05/09 He's just a loser
-6

one day your cheating husband will realize that all that glitters is not gold .hes living in a fantasy world at the moment . his new girlfriend is propping up his huge ego . but one day someone will do to him what he has done to you . and then he will realize all that he has lost . people like him are never happy for long . your better off without him.
04/03/09 olivia
-6

Dealing with the ex wife is so frustrating

Why I loathe chat rooms and weak men