The immigration policies in the UK need to be stricter, if only to give the immigrants here a better reputation!  I am a Caucasian, blue eyed, English-as-a-first-language immigrant to England married to a British man.  I am well educated with two university degrees, bilingual, never been on benefits, and have worked since I immigrated here (making a decent wage, paying taxes, and contributing to a pension).

I had a by-the-books ordeal in moving here.  However when my husband mentions his wife is foreign, everyone makes assumptions like I'm a Thai bride, I am on benefits, I'm a refugee, or I can't speak English.  When they do finally meet me, I always get comments like "Oh, American!  That's not a proper immigrant!"  I am, in fact, Canadian but no one seems to understand the difference it's a Commonwealth country for goodness sake! 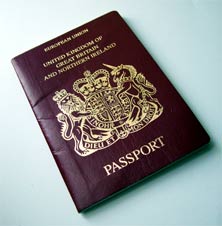 I'm always told I'm not a real immigrant and then someone goes into a rant about the immigration system and how they shouldn't let anyone in.  I left my family, country, and entire life to come here and I'm not really an immigrant?  How strange.  People will compliment my accent one minute, then rant how they can't understand the foreigners in this country and they should learn English.  Everyone wants immigrants to conform to UK customs, but I am constantly asked to bring Canadian products, clothes, and food to people someone even asked if I was having Thanksgiving this year.  "No, I am not", I said, "It's not a British tradition!"  Then there followed a protest about how I should keep my culture, even though I live here in the UK.

Is there such a twisted double standard that people don't even notice they are conforming to it?  What if I were from a country other than Canada?  Would people still stare at me in public when I speak?  Would everyone still ask me if I miss 'home' and say they'd love to go there?

There seems to be a hierarchy among immigrants; a level of acceptance that is granted to me and not others.  It reminds me of something about cake and eating it too.

Just been watching 'Benefits Britain' on Channel 5, focusing on the huge Romanian population living in areas like South Rotherham, many of them on benefits with little or no intention to get a job. One had a family of around 26 living in a house, raking in £24,000 per year from the welfare system.

It made me reflect upon the failure of our political system; failed politicians chattering away in Westminster, increasingly more remote and patronising.

Ordinary working people no longer have a voice. I have no idea what the Labour Party stands for, except that they will probably fall back into the old habit of trying to buy votes with welfare if they get in again. They are so incredibly arrogant and patronising that they will not even promise a referendum on the EU.

I don't blame the immigrants. I blame the stupidity and lack of patriotic drive of politicians who are all failures of whatever party.

Meanwhile, I continue to pay my taxes from my ever-decreasing salary safe in the knowledge that it will provide the massive numbers of immigrants with GP surgeries, NHS hospitals, an ever more creaking transport network and, of course, lots and lots of benefits!
14/07/14 miserablemoaninggit
0

I forgot to mention, the town centre is the civilized part of Great Yarmouth, just wait until you all experience the Golden Mile seafront after dark!!!!!
14/07/14 Seaside Hell
0

M and S have just announced that they are shutting down their store and moving out from Great Yarmouth town centre. The place is now an absolute crap hole, with immagrants, chaves, DSS dependents and obese chip scoffing slobs everywhere. The market place is infested with seagulls dive bombing, pidgeons crapping overhead and drunks begging for a handout. There isn't a moment between police sirens being heard or an ambulance picking up another overdose. I dare anyone to match this location as a worse example.
14/07/14 Seaside Hell
0

ashamed to be british - I do not quite understand what you are saying. I am proud to be British. I have not voted for a few years but what is now happening in Birmingham have forced me back into the arena. In order to fight radical islam.
I will be Voting UKIP
10/06/14 boblet
0

ashamed to be british

I am quite frankly ashamed to be British. The way I see my fellow Brits treat people immigrating to here is ridiculous. The obvious racism appalling. And you're very right. If you had immigrated from Pakistan or Africa, you're experience would have been totally different. Instead of intrigue, you would have got hatred.
10/06/14 ashamed to be british
0

The immigration hierachy in the UK is such that eastern european dole scroungers are right at the top of the food chain.
08/04/14 Dead and Buried
0

Collar, did you by any chance use to watch those arty (self indulgent) subtitled foreign films that were shown on Channel 4 in the 90's and which now seem to be in every public library? You know the ones I mean, usually it involved an incoherent story about an Estonian bus driver who spent a long time sat mumbling at a kitchen table and bought a pair of shoes that didn't fit or some other equally bizarre randomness preceded by a long rambling interview with some director dressed in a tweed jacket with the elbows hanging off who said there was a deep significant meaning in his misunderstood work of art?
07/04/14 Tired and emotional
1

I doubt if he's getting many right on the 'University challenge' final though, blimey Paxman must be well pleased it's an Oxbridge clash as it keeps plebs like me who went to provincial redbricks off the telly, all part of the hierarchy our kid.
07/04/14 Tired and emotional
0

two of my favourite people on here are Tired and Emotional and Clinty - yet they are deadly enemies! How strange is that.
07/04/14 collar
0

This is the immigrant hierarchy in UK: 1 British people 2 to 99 British people, 100 onwards British people, somewhere in the Zillions if it's a nice day and we're in a good mood, Immigrants. End of debate.
07/04/14 Tired and emotional
0

Friday Lunchtime
YOU are the parasite! You sick, twisted idiot! You are brain-washed by the Daily Mail, sad excuse for an ethnic race, get a life!
25/03/14 Superior Gypsy
0

Get the Nigerians out : Scammers and thieves, who shelter whilst getting others to do their work for them, drugs, pimping, controlling prostitutes, financial and internet fraud.

Get the Jamaican Yardies out : Violent trash who pollute the language and commit a lot of violent crime.

Get the so-called Gypsies out : Indolent feckless parasites who want all the benefits of a society but are not prepared to contribute.
27/11/13 Friday Lunchtime
4