News reports are warping the truth about the current immigration policies here in the UK.  Please get the facts right before extolling the benefits of open door immigration policy!  Greedy industrialists would have us believe that immigration is great for the economy.

It may be great for their profits by keeping down wages, but for the country as a whole it is disastrous because each immigrant has to be housed, fed, watered, have medical care, their children educated etc, etc.  This is having a great toll on all services.

employers are thinking short term - money into their own pockets ...

I bet also that at least 200,000 cars will be put on the roads by the 600,000 immigrants we've received since 2004.  Low wages to foreign workers mean they pay few taxes and contribute little to the provision of services they expect as a matter of right.  They don't have enough spare money to pay into pensions and so will depend on welfare in later life.  Therefore employers are thinking short term - money into their own pockets and to hell with the aftermath on society. 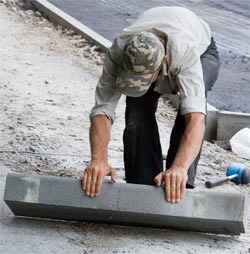 Also, it is said that these workers are doing the jobs the British will no longer do?  Now, in large parts of Britain where there are few, if any immigrants, British people are doing all these jobs.  Legal immigration at the present projected rate will lead to a requirement of about 1 million houses in the period 2003 2026.

It's time to start looking at the reality; the people want to halt immigration in its tracks and the government need to re-evaluate existing policies before it is too late.  When are countries going to look after their own people instead of dumping them on other nations?

Well I would read www.brit-exit.co.uk

At last somebody speaking up and giving accurate facts regarding British Workers and immigration.
01/06/16 Nollde
1

This country does not need any more petrol station attendants, or minicab drivers, or otherwise imported self-employed, low skilled workers. It needs more of the idle-rich with their billions. It needs more nurses and doctors.

To use the terminology of Aldous Huxley's 'Brave New World', in this modern globalised economy all Alphas will generally find work in our country and most Betas. Some Gammas will find work but will spend a significant proportion of their working life on the dole. Deltas and Epsilons will spend all or most of their life on social security. Anyone with an IQ less than 120 will have a very grave difficulty finding work, the jobs having fled overseas.

As for asylum more stringent terms of what asylum actually means needs to be imposed. If an asylum seeker has passed overland through other countries before reaching Britain, the question hass to be asked why did they not see asylum in the first country they entered during their flight from their homeland. That should be enough to disqualify them. Also merely being a refugee from a war zone is not a significant enough criterion.
25/12/14 Hereward the Wake
0

Sir Bernard Hogan-Howe says justice system is not adapting to immigration
A third of crimes in London are committed by foreign offenders
He added that 80,000 foreign nationals will enter custody suites next year

I have a suspicion that employers and employment agencies are being given financial incentives to take on foreign workers. It's the only logical explanation for the huge numbers of immigrant workers being taken on at the expense of hardworking English people. I've worked with poles and they don't graft any harder than anyone else. They are lazier if anything. They also dress like chavs and have problems with body odour. It's all part of the globalist agenda of integration and multiculturalism to bring these people here.
29/05/14 England won the war
0

they all keep saying we need to build houses affordable houseing . for who ? we need thousands and we are letting thousands in so how can we do it , ukip gave them a kick up the bum but would you think it to here them speak , they dont give a toss what we think all you get out of them is were a multy cultural society now ,when were we ever asked if thats what we the british people wanted 600 mps made that decision for 60million why were we not asked because they dont care what our views are they just want our vote to keep them in power and on the gravy train ,never will a ever believe an mp scumbags .
28/05/14 racehorses22
0

Hong Kong people rush to buy houses in London because their money has only been taxed 10% by their government. Everything is cheap in their eyes. wtf
15/04/14 Dead and Buried
0

If I buy a house in this country, I have to use money which I have earned and already paid 40% income tax on. If a foreigner comes to this country to buy the same house, they will have not necessarily paid any tax on the money they use. That means I will be generally be outbid everytime. It's not fair. House prices rise well out of my reach as a consequence.
15/04/14 Tax the Immigrants
0

Bulldog, I also saw the TV programme about Gypsies and have to say I was utterly shocked and very pissed off.

It just reinforced peoples views that the whole of the World (not just Europe) is gravitating to the UK to take advantage of our benefits system.

As a tax payer who has never been unemployed I am sick to death of our inadequate leaders allowing this to happen. No other country would do it nor put up with it.

Wtf ... Gypsies on benefits & proud !
They take the fcuking piss out of our country & David Cameroon keeps allowing them in !
Out them all now before it's gets too late !
11/04/14 Bulldog
0

How do they make Hitler cringe? He's dead!
Ok ok I joke, sorry. But British people are not exactly forcing you to work starving, digging the graves for your friends and family before gassing you to death after months of anguish and agony, so how dare you use that sort of comment? If the British are that bad, just go home..
26/03/14 pet
0

BRITAIN, GROW UP!
In January 2014, the newspapers warned that 20,000,000 million Romanian Gypsies will invade the U.K!
So, where are they?
You British are so fantastically racist, you even make Hitler cringe!
25/03/14 Freedom For All
1

I dont like that Nigel Farige bloke one litle bit, hes stirrin up lot of trouble with people like me who came to England to live long time ago,and dont break the law or nothin. OK so i get benefits but they all get spent so thats helpin the economy isnt it?? Largazia is a lot poorer than England so Im glad i live here,innit. Wouldnt go back now anyway. But if we pull out of Europae then what happens to me then? Bad idea i think.
01/03/14 Joe the Frog
0