Wow...  where do I start?  My partner and I were put in a position about 6 months ago.  My mother-in-law was charged with serious child neglect against my other halfs brothers and sisters.  Apparantly the house was disgusting with 30 or so cats and years of "hoarding".  They were forced to bury the dog in the garden as mum was "too upset".

Child protection officers quite rightly had found shelter with foster carers for the children (aged 13, 14, 15, 16).  When we heard we stepped in and said that they should stay with us and our baby in a 2 bedroom flat that we own.  This they did and all was reasonably well if not a little cramped (I have 2 girls from a previous marriage, they stay with me for a couple of days a week).  Both my partner and I worked full time, but due to the extra commitment my partner tendered her resignation to care full time for the children.

As the children had nothing but the smelly, ripped clothes they turned up in, we set about buying new clothes and trainers (thank heavens for eBay) and new school uniforms, shoes, mobile phones etc.  We were eventually helped by Surrey fostering team who suggest we apply as kinship foster carers, which we did.  We were advised and agreed to move to a bigger property with separate rooms for boys and girls in care, as well as one for my daughters and baby and one for us.  Now we live in an expensive area Weybridge Surrey and had to stay in the area as it is mid way between my childrens school and the foster childrens school.

This property costs ?2300 a month plus bills and food.  Teenagers eat LOADS and that costs between ?1000 and ?1300 alone.  This was at the time the cheapest property of a size acceptable to Surrey Fostering team available.  OK this is where it goes a bit mad.

My partner has been sworn at and and was recently punched while she was holding our baby.  The children have been seeing their mum (who is a real peice of work) and has convinced a couple of them that it was US who caused the children to be taken into care.  The 13 year old girl has run away a couple of times and is now living back at mums in a NEW home only a couple of minutes from us. 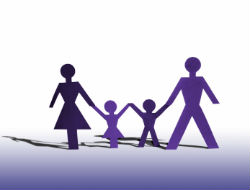 As I opened the door to give a few words he charged at me punching me in the head and we fell through into the hall.  I threw him out of the house and called police who came around about 1am and found him near the house just standing around.  I was told I had to take him back in to our house or I would be charged with "abandonment".

So we had no choice but to let him in for the night (I had my partner and 3 daughters at home to protect as well).  However, as I said I was committed to his safety "or else".  Now it is the day after and we have spoken to fostering team who have told us they can rehouse him with other foster carers, but that they would also stop half of our fostering allowance immediately.

We are already thousands out of pocket for furniture, beds, clothes etc etc and now are faced with homelessness in 2 months.  I fully understand that new carers need funding but we were told to move as everything would be fine for years...  There is loads more to this story and I apologise if I am rambling, but I am so worried about our situation and disappointed by our treatment.  Any ideas?

I watched the BBC news today and one report highlighted the growing numbers of children being placed into fostercare and council care after marrige breakdown. This has happened in my neighbourhood and was caused by the parents trying to live the high life, new house, new big German car, latest iphones, designer clothes, expensive holidays and so on. The problem was they were on beer money with champers taste. They just kept on borrowing on HP and loans, and tried to keep up the apperance of succsses. The two kids will now carry baggage for the rest of their lives caused by greed and arrogance from stupid immature parents.
01/06/18 Guest
1

My son married and they had a baby. on the baby's 1st birthday the mother decided she wanted to be with someone else. so she left, she left the baby with my son. She hardly had anything to do with the baby for the next 2 years. she then remarried and decided she wanted her baby back. She took my son to court and got primary physical placement, my son got visitation. The child lived with her and her new husband for 5 months when we found out the new husband beat the child who at the time was 4 years old (more then once). we turned them in and charges were brought up against her new husband and she lost custody so now my son has him again. Now my son has physical placement and she has visitation. for the 1st year her visitation was supervised now it is not. she has him every other week in the summer and every weekend in the winter so she does not have to pay child support. She has nothing to do with his schooling and refuses to take him to doctor appointments, school functions, dentists or anything like that if they fall on days that she has him, because she lives 45 mins to an hour away from these places. Now tell me... how is that as far as being supportive of your children? The child has missed out on so many things because the mother doesn't have time or don't want to drive because it is to far away yet she is the one who decided to move where she is.
28/08/13 Anonymous
-3

"Forster childreen and family friction" is the worst problem of these days! The relationship between chlildreen and adults are very complicated in the wide wourld. About this matter, child protection officers quite very seriously the shelter with foster carers for the all childreen.
18/05/13 florindo
-5

I forgot to add, that as far as the prosess to be accepted to look after the children. We had to go before a panel of a dozen people plus background checks. They even interviewed my ex wife and my boss.
04/11/11 fosterfool
-8

I am lucky that my partner is such a wonderful person and together we will get through this mess. I truly worry about the foster children as two are back with an abusive (but supposedly cleaner and tidier) mother, due to social services and the judge not putting in place the correct legal process at the time they were removed. Our landlord is being understanding of our plight and my fantastic sister will let us have her front room as a temporary home.
04/11/11 fosterfool
-8

First of all, I must congratulate you and your partner for "doing the right thing".

However, I am mildly surprised how easy the process seems to have been, I know a couple who foster and they are doing it because they were rejected for adoption (yeah, I don't follow the logic either). Anyway, they had to go through months of assessment and interviews (including their own children being interviewed without the parents in the room), indeed regular friends and visitors to the home had to be vetted too.

That aside, it seems your mother-in-law has issues with her daughter, doubtless dating back years and is using the current situation. Judging from the state of the previous 'home', I would suggest that the children had very few boundaries set, so and restrictions will come as a shock.
04/11/11 Timelord
-3

Oh for crying out loud, you poor man/family. I'm sorry but I don't have any help or advice. But this seems like one of those stories one reads about in the tabloids. Start looking for a smaller place for you and your family, then you'll just have to dump the kids on social services (or whatever it's called), I know it seems harsh and you've lost a lot of money but this is a kind of war/battle. You just cannot help some people even though they are related. I know it sounds selfish but please look after you and yours first.....
04/11/11 Steffie
2

Problems and stress living with the mother in-law