Why do people who abuse children, once they have served their sentence, receive assistance from family and friends to have a 'normal' life, whilst their victims/families remain to suffer?

Fourteen years ago, I brought a case against my brother for abusing my youngest son.  He was ten when we found out and it had apparently been going on for a year.  As a result, my eldest son came forward to say that he had also been approached by my brother when he was about the same age, also so did two other nephews (though one refused to give a statement in the end).

My brother received a 10 month prison sentence, of which he only served 6 months.  My extended family consists of three brothers and three sisters plus my parents); they all stood by my brother during this time either refusing to believe he could do such a thing, or were not aware of the full facts etc.  Two of my sisters even attended court, even though their sons were involved.  The mind boggles doesn't it? 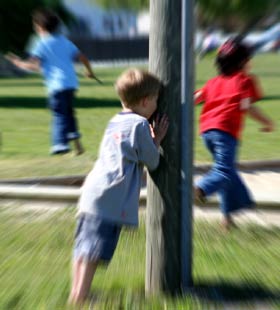 I have had to support my youngest son through periods of depression, an attempted suicide at the age of twelve, and a number of years of self harm even though he has received counselling on a number of occasions.  This has all been made worse by the fact that even though we believed and supported him as did the law without question, our extended family abandoned us and my son has since had a god awful time of it.

My brother on the other hand came out of prison and went to stay with my parents.  He got a job, went on holidays and gained a third share in my parents house.  He basically had a full life end enjoyed every minute of it apparently!

Another nephew came forward to say he had suffered the same fate as my son.  Of all the places he did this at my mother's funeral three years ago!  He attempted to bring a case against my brother as a result, but the case was dropped by the Crown Prosecution Service, saying it was 'historical evidence' and hadn't had enough to bring a case.  My brother also escaped the 'register' as this has become law since his conviction.

My thoughts are, he can go where ever he pleases, do basically what he wants and no-one keeps tabs on him.  He could even get a job in a school if he wanted to.  Isn't that reassuring and do they really call this justice?

Now most of the family are aware (though some still support him), his diet of children in the family has apparently been exhausted.  But where will his attention focus now, and who will protect the innocent?

When you see things like that, and how much they get away with, it's no wonder why they think they can do the same here and get away with it.They gave up their human rights the moment they did all they did. Mighty Men Pest Control - Vallejo
26/11 Sharra
0

The Guardian
Child abuse victims say inquiry must continue after chair's resignation
The Guardian - â€Ž1 hour agoâ€Ž
Lowell Goddard was appointed to the IICSA in February last year but had not yet begun hearing evidence.

Looks like the powerful hidden faces of paedophilia has managed to silence another inquiry. Iam beginning to believe this evil goes a great deal higher than anybody thinks.
05/08/16 Next
0

What chance has anybody got when so called experts advise us that in the pub or workplace we do not discuss, Religion, Politics, Sex, problems at home, your career, or your health in order to avoid arguments. Even this site has resevations on what subjects we should gripe about. If you think something is wrong say so, open your mouth. Do not just make bullets for braver folk to fire, have the bottle to fire them yourself. If you know a paedo, thief or a bully, stand up & say so. publicity is like salt on these slugs.
28/08/14 boblet
0

FFS, is there no hope? The ballot box will be pointless next May!
28/08/14 miserablemoaninggit
0

Child abuse has existed to my personal knowledge all my life. However the nearest I got to actual abuse was by a guy called Godson who was the local park keeper. Our class was shown round his park greenhouses once a week, "Nature Study" He once took a gang of us school kids to a wild part of the shoreline for nature study lessons. At a desolate spot he suggested we all lay down & take a nap. He then wrapped his legs round me & explained that this is what the Germans did to the British soldiers to subdue them. I spoke to an old school pal on bookface a few years back, he said that godson was a paedo without any prompting from me. We never discussed it further. So other kids knew how bent godson was, but all kept shtum. There you are, I have said it. Maybe others will take an interest in how abusers operate in plain sight. If you are in the Police, Teaching, The Church, Health Care or Child Welfare, take a close look at yourself. Ask someone else to look at you. then ask for their honest opinion of your ability to do your job properly. Coppers will smirk at this suggestion of course.
28/08/14 boblet
0

S 14 I have only come to realize how manipulative, barbaric & primitive islam is, since moving to bradistan. I had not realised that whilst we British had been voting & fighting for sufferage. Islam had been sneaking into our land with its vile teachings. I had a fight a few years ago with an Irishman who expected his sister to clean his shoes. I won because he was wrong. I had right on my side. Right is still on my side. All women & All men, are equal. Amen
26/08/14 boblet
0

"These men are primitive, bigoted, racist individuals who view non-muslim people in the UK as trash" MMG

They view ANY person not of their faith as trash.

A few years ago I watched a documentry-news item, that was presented by a English female, it was filmed in North Pakistan; women were chained up in the kitchen or were made to wear shackles around their ankles.

Where I live many females are locked up at night, and not allowed to learn English this has been going on since 1970's at least.

Zulfar Hussain referred to in Davo's post below was eventually deported back to Pakistan, although it cost the British taxpayer £100,000 to do it.

The appalling case in the news today - 1400 non-muslim girls (a conservate estimate) in Rotherham abused, including r ape and trafficking - surely must be a wake-up call!

No more immigration from Pakistan. It is time we got rid of any sense of obligation related to historical ties. These men are primitive, bigoted, racist individuals who view non-muslim people in the UK as trash. They simply should not be allowed into the country.

When will our succession of stupid governments actually put the British people first? When will they take concrete steps to secure our borders? When will they wake-up to the danger of the UK taking retrogressive steps back into a world of intolerance?

As I've said in past posts, I have no doubt that the vast majority of Muslims are law-abiding, decent individuals who just want to get on with their lives in peace like the rest of us. They should be supported. Time is needed to consolidate and integrate the immigrants who have already arrived in the UK. This constant flow of immigration is leading to constant upheaval.

Pakistanis have brought a culture here from the dark ages. They treat women like slaves. Up until recently any criticism of their primitive culture was ignored by the authorities so it got worse & worse. In France they banned the burka, I have just driven through France & did not see one, here we allow it. I am a British citizen & must by law wear a crash helmet & fastened chin strap, an asian can wear a cloth turban with no chinstrap. A Christian woman cannot wear a crucifix. You can go to a street in bradistan today & watch asians in gangs grooming impressionable young white girls. If I see it the police must & older asians. I think they are called imams. So they must be ignoring it or condoning with it. You cannot have it both ways. It will all be on youtube one day.
26/08/14 boblet
0

That's a different argument entirely Gainsborough Lad!
I will let you off for that one!
14/11/10 angry guy
-5

These so called people should be rounded up and sent to an uninhabited tropical island (Bear with me here) And then people could go on paedo hunting holidays where you are allowed to shoot as many of the filthy nonces as you can, Either that or throw them in a room with the parents of the child they abused so that they can be dealt the kind of justice they rightly deserve.
27/09/10 angry guy
10

Davo,
This country is too soft on people that do that kind of thing.I started to watch The Dancing Boys of Afghanistan and The World's Most Dangerous Place for Women. When you see things like that, and how much they get away with, it's no wonder why they think they can do the same here and get away with it.They gave up their human rights the moment they did all they did.
I wouldn't even waste time putting them on death row if I had my way. I would have that lethal injection ready. I know it's too painless for them, but the sooner rid the better.
They are pure evil.
21/04/10 Been there
10

What kind of people allow this to happen? I wonder if they would make the same decision if it were their daughter he sexually abused?

A Pakistani man who sexually abused two girls has won the right to stay in Britain, claiming his human rights would be breached if he was deported.

Zulfar Hussain, who lived in Blackburn, was jailed for five years in 2007 for crimes against two girls aged under 16. The girls were forced to have sex with up to ten men a night. He threatened to rape and kill their parents in front of them if they did not do what he asked.

He is soon to be freed and was to have been deported as a foreign national who has committed a serious crime.

The Home Office is to appeal against a ruling by a judge at a tribunal hearing allowing Hussain, 48, to remain.

A spokeswoman for the Home Office confirmed that Hussain was granted leave to remain by the judge earlier in the month.

Hussain is now thought to be being held in an immigration removal centre pending the outcome of the Home Office's appeal against that ruling.

He was jailed in August 2007 at Preston Crown Court, which heard how he abducted and sexually exploited two vulnerable girls while plying them with drugs.

Qaiser Naveed, 34, from Burnley, who was jailed alongside Hussain for the same offences, has not appealed and will be deported back to Pakistan.

Both were ordered to sign the sex offenders register for life and banned for life from associating with girls under the age of 16.

They were caught after police in Lancashire worked with local councils and charities to combat the problem of men grooming vulnerable girls.
21/04/10 Davo
-2