I am a single mother with three children aged 11, 9 and 3.  I was forced to leave my violent relationship with my ex-husband as it was beginning to affect the children.  After many visits to court I finally managed to get my ex-husband out of my life.

He would not pay the mortgage and would not leave the house so I got an occupation order so that the children and I had somewhere to live.  We went for a financial settlement, but just before the court case he decided to file for bankruptcy!  I am now waiting to see if the house is going to be sold, in which case where am I supposed to go with my children?

Then of course there is the CSA, and what a fat lot of good they are!  He hasn't paid me a single penny for over 18 months.  I have given the CSA all the information they need.  After numerous telephone calls, time and time again I have been sent round in circles, passed from person to person and no one seems to have a clue what is going on.

The woman on Friday said to me, it doesn't matter how much you cry or how many children you have, it isn't going to make any difference and she then put the phone down on me.  What are these people paid for?  I suggest that the CSA should pay us direct and then get the money form our ex-husbands then we might see some kind of financial support. 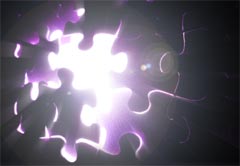 I am now seriously considering giving up my job...

I even went as far as to send a letter of complaint to the House of Commons.  Im sure I won't hear anything as a result of that, but it made me feel slightly better.  On the other hand, I am now seriously considering giving up my job.  If I was claiming benefits Im sure I could get money for all sorts of things and would be much better off than I am now.

I am so fed up and people often wonder why women stay in violent relationships; I think the answer is probably all of the above.  It is such a fight to get out of the situation with very little or no support.

dee, somethings not right at all here, in a violent relationship for six years, but now has had two young children, I predict that soon you will be a one parent family funded by the taxpayer, all you have to do is start a few rows with him and he will then believe it is all his fault, you will then be free to sh@g around.
07/06/10 Jupiter two
-12

im in a voilent relatioship have been for 6 years now and its got to the point where I want to leave but dont no how ive got two daughters 3 and 20 months and its really affecting them now im so alone and I lost the best person to me in january my dear nan who was always the for me and now I have no one please help im 23 and had no life I was brought up in care for being knocked about I just want to break the chain for my kids who are my world !
06/06/10 dee
-10

I completely agree with you, although I divorced him six years ago he still carries on with his terrible behaviour. It has affected the children very badly etc. but there is nothing I can do except watch the damage continue year after year. It is torture. I am stuck between a rock and a hard place, I thought I was doing the best for the children to get out of the relationship but this continued abuse is worse. Please contact me, at least we are in the same boat.
13/05/10 Sammy
-9

While I sympathise with how difficult it can be to leave a turbulent relationship, I would never EVER dream of having a child with a violent partner, let alone THREE children. How grossly irresponsible is that?! Let's hope your kids don't grow up like their daddy, and continue this cycle.
27/08/09 Sara L
0

Are the violent husband ploy! Did your legal time tell you use it because you would get a better settlement in the divorce. It’s also used as a ploy for you to stop him having access to the kids. Next you will get a court restraining order against him
11/04/09 m
-6

CSA money is not TAX payers money as you think, it's money from the PARTNER.

While I'm at it, it's NOT a crime to live on benefits, while your working, you pay tax and insurance, it's this money your claiming back.

If it get the person out of a violent relationship, AND keeps a roof over her head, the so-be -it.

The priority is to keep a ROOF over your heads, at least she'll have it PAID for whilst it's all sorted out.

I've been through one of these relationships, and beleive me, looking after number one is a BIG priority.

What a good idea! Give up your job and claim benefits. Let the tax payers pay for you!! Particularly liked the part about the CSA giving you the money first... more tax payers money! Hell, I wish I could give up work and live off dole money. If you had the courage and dignity to leave a violent relationship why degrade yourself to live on state hand-outs?? Do you not have friends or family you and your kids can go and stay with while this is all sorted out??
20/08/07 Ash
1

Bloody hell! What a situation. I wish you all the best and hope that some good can finally come out of it. I know the kids have to come first and that the immediate priority is ensuring that they have a roof over their heads. However, at the same time, you must learn some fundamental lessons from this and ensure that you do not enter into another abusive relationship in the future. You have to think of yourself and your sense of pride and self-worth - although the fact that you left your husband and was prepared to argue your case in court says that you have a great deal going for you. The finances are very important but giving up your job may result in giving up a lot of important social networks, as well as sources of emotional release that work colleagues (some of whom, very occasionally in my experience, can eventually become categorised as 'friends) can provide.

Try and stay positive and congratulate yourself on your absolute refusal to stay in a violent, abusive relationship. The future will open up further opportunities for a person like you - you wouldn't allow it to do anything but . . . good luck!
12/08/07 alaneroberts
3

Do it, give up your job, at least you WILL have somewhere to live and have the council tax and your home, PAID FOR. As it is now, if anything happens, you LOOSE the lot.

I've been in the same situation, and believe me,it's a CRUEL world out there. Don't believe the do-gooders, they haven't had to skrimp and scrape a living on SCRAPS.

Take some legal advice on this bankruptcy thing, and I'm sure you can block it, if he HAS money.

Don't just sit their, give up the job, and protect your roof. When it's all settled down, you can resume work again, but until that day comes, look after yourself and the kids.

Giving up your job would be bad. If the father so chose, he could then claim that you couldnt support the children yourself, and have them taken away from you.
Also, benefits should be there for people who need them, not for people who are so annoyed with the system they dont want to work anymore.

I sympathise with your situation utterly, I feel very sad for you and how hard you're struggling. I guess all you can do is stop waiting for morons at the CSA to help you out and instead keep your job and carry on fighting the world. Your kids will respect you for it.
10/08/07 yoyo
12

What a parasite! I applaud you for standing on your own feet. Don't quit the job in favour of benefits, that just means someone else has to work to pay for you - that's his sort of solution. Bankrupt indeed. He could have had the decency to sign the house over to you first.
10/08/07 CIty living 101
-4

Greedy ex wife uses the CSA to punish us financially

Daughter rejected by ex-husband after divorce

Absent father makes no effort for his children

Jealous ex-wives use kids as pawns