We've got a new government and they are doing their best to reduce the huge deficit that the Labour government left and, painful as it is, they are doing it the right way.  The issue here isn't the government or the fact that we're going to have it tough for a while.

My gripe is regarding the whining and complaining of those who are on a good salary and are getting child benefit too.  It was their choice to have a child, or children for those who have more than one.  The thing is, why should the taxpayer support them?  How about starting to live within your means - including saving for your future and retirement years?  I suppose most of these moaners will want the government to pay for them in their old age too, which of course will include holidays abroad, cigarettes, drink etc.

Get off my back you spongers.  I've brought up my family during the period when you were assisted with maternity benefit only for the first child and child benefit only began with a second child - though I bet most people are not aware that actually the government took more child taxation out of wages than was given back in child benefit!  But what have these people ever contributed to society?  Very little, except perhaps for yet more mouths to feed and more spongers to claim benefits in the future! 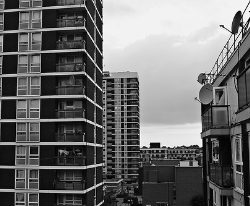 Why should I, as a pensioner, support these moaners via my taxes...

Why should I, as a pensioner, support these moaners via my taxes, so that they can live the life of Reilly and I have to think carefully as to whether I can eat or heat.  It's about time the plug was pulled on ALL benefits and we went back to supporting ourselves by our own means.

I'm fed up with spongers living an easy life whilst those of us who have worked hard and paid taxes all our life have to struggle.

When I read or hear of these parasites who genuinely believe that they are entitled to other peoples money without ever contributing to the wealth of our nation, I despair. There are many people out there that do need our help financially or otherwise and they are the ones that should be looked after, but as for the rest of of the parasitic scum, "Workhouses" come to mind......or maybe even Concentration Camps. Our country is immensely overcrowded and we workers and contributors would be better off without them and they should not be occupying one square inch of space or sucking in valuable air.
05/07/16 Smeagal
2

I like the ideas here but feel it needs to be more draconian.

Secondly, if you haven’t paid in then guess what you get nothing back.

Thirdly, if you’re out of work for longer periods than your payments will meet, and you are not disabled then you should work for any extra benefit payments. E.g. picking up littler for 37.5 hours per week.

Finally anyone refusing to work after 3 warnings should be hanged from Blackfriars bridge as a warning to others.
05/03/14 IMissTheOldDays
0

I think a good idea would be to give anyone who is unemployed £180 a week to live on and that's it. That amount is slightly less than what someone would get on minimum wage so that would be fair. There would be a £30 payment for the first child and no more. I bet that if people on benefits had to live on a low income like many of us who are working, they may just consider taking some of the lower-paid jobs to support themselves. It's time for Britain to get back to what it once was - a nation of proud, hard working people. I'm tired of living in a place where the underclass rules.
05/03/14 got my ticket
0

Well said miserablemoaninggit. Look at China for example - one family one child policy. If you have a second child you could face a hefty fine and if you work in the public sector you could lose your job for that, too. This country is just being too lenient on scum.
07/05/13 Dave
-6

Pedge is completely correct. Child benefit for the first 2 children - and even that with a lesser amount for the second child - and then that's it. The case of the woman with the 11 children is, quite frankly, disgusting. She obviously made a conscious decision early on to have so many children and this does provide her with a very healthy income courtesy of us taxpayers.

Many of her children will no doubt expect to do the same in the future - a cycle of learned behaviour. And yes, let's face up to reality, many of the very young women seen with their pushchairs and children have the social skills of a rock, barely able to rise above their own immediate needs of selfishness and self-centredness.

That's what happens when a welfare system essentially encourages people barely out of childhood themselves to have children.
04/05/13 miserablemoaninggit
-3

I wouldn't let the inane ramblings of athair_siochain worry you. He's a sad and pathetic loser who is jealous of the success that he can never hope to achieve.
02/05/13 Friday Lunchtime
-9

athair_siochain - You obviously don't understand what 'single mother' really means nowadays. They are CHAVETTES who mate with random scumbags they meet in the back alleys behind pubs. They don't even know who their children's fathers are and they don't care. They use their babies simply as doorkeys to their council flats and as benefit stream generators to support their own drinking/smoking/drugs and they feed their 12 babies with coca-cola for breakfast lunch and dinner. What u mean single mums need help, jesus what a joke! They are the scum of the country and don't even deserve to live.
02/05/13 Dave
-8

As I understand it Child Allowance was introduced after the Second World War as an effort to help people to repopulate the country. A lot of families having been separated during the war. It was never intended to be a support for people to live on. I really believe that this government should bring in a timetable for reducing the amount of children in a family receiving benefit. A idea could be as from 2015 only the first two children will count for child benefit. Any other children after this would not count for benefit. I suspect a lot of people would think a bit harder if this were the case.

Recently a mother who has conceived 11 children by various fathers has made more money and a nice life style for her self. It is time it was stopped!
24/03/13 Pedge
3

Well the whole system is corrupt [ Morality is not to be found // The Gospel is not preached the Monachy is HEATHEN // Politicians are Lying theives // The education system preaches multi faith ?
01/12/12 Ranger
-2

You sound just like my dad, he was a grumpy old b*gg*r who though anyone who didn`t work all the hours god sends was a lazy good for nothing. Of course he gave me hell for not being able to hold down a job for more than a few months at a time. Needless to say, I left home to get away from him as soon as possible. I`m wondering what your relationship with your children is like. Just one thing that I do agree on though, is that I do believe that it`s not on to have large numbers of kids just to get more beer & fag money.
19/10/12 hairyfairy
-2

Gillybow-- says he supports spongers through his taxes. taxes? do you collect rent if you do then you are the real sponger. this Nation has always supported mothers they are the backbone of this Nation,
We need to understand most of our Politicians,Bankers, Lawyers and Judges are landlords or moneylenders, should we not be calling them spongers, this great Nation is on its knees because of their activities.Single Mothers look after their children, they should always be helped,
29/05/12 athair_siochain
-4

Respect Our Goverment I've read another of your similar posts. Something tells me you are winding us up - tongue-in-cheek, but wether you are serious or not there really are people like you, and far too many of you!
We are darned well paying for your selfishness. YOU chose to have kids and we are forced to pay for them and for people like you to sit around taking taking taking taking all day. YOUR lifesyle choices are being forced upon us in that WE have to pay. It seems we earn our money in part to keep the likes of you. This is outragous.
Don't tell us to adopt your lifestyle and stop griping at you - some of us have self-respect, some of us like to do something contructive within society, and some of us like to take responsibility for our own lives thank you very much. The thing that annoys me is we have to pay to keep you, your children (not their fault and I hope they turn out better than you), your health-care (I remember you love to smoke and enjoy drinking - not a problem if you pay your taxes but I resent paying for someone elses bad health-choices) and the real insult is there's not enough money in the goverment pot to fund the pensions of those who have worked and paid into the blooming pot in the first place! People like you are takling our future away so DON'T tell us to stop griping at you!!!!!
25/05/11 Critter
-5

I dont get why the poster is so peed off, I have 9 kids to 3 dads and im on benefits because I cant afford to work. So what. If I went to work I wouldnt get the £1000 a week I get now. The government have been great to me I dont know why your all so bitter. If you want more money go out an make more babies. I did the hard bit giving birth, now my eldest (13) looks after the rest while I have a rest. Theyre dads didnt stick around to look after them so why should i
25/04/11 Respect our government
-41

Boblet - I would be very surprises if "old timer" is not the troll "gollum" playing both sides to the middle. It seems to amuse him to create different characters but he is not very good at it.
11/04/11 K.W.
-16

Financially worse off thanks to the CSA