Students and single parents - both are assumed to have quite stereotypical traits.  However, I am a student, AND a single mother with a three year old and I feel that I am lost in the system somewhere....  I was half way through my two year HND course at college when I encountered some pretty major problems.  Basically, I received my last student loan payment in June and that was it until the September.  Three months with no income - surely this was a mistake I thought?

So I did some research and was told that because I was on a two year course and I was still a student, I was not entitled to any financial help from the government in the summer.  Okay, but then the council had the bloody cheek to bill me for council tax during those 3 months because I WASN'T A STUDENT!  Well I was fuming at this!

The town I live in has a serious lack of nursery places, so I was restricted to the 2 days I had been in college for my daughter in which made finding a job really difficult.  In the end I had to make the decision not to go back to my 2nd year of college which meant that instantly I was eligible for all the benefits!!! (what??)  So I was paid income support and housing benefit for the 3 months, until I decided to go to my 2nd year of college after all.

The trouble I had getting my benefits stopped, honestly, it was actually very difficult.  They said 'we will give you some extra payments in case you need them' and then they lost my student papers so I had to resend them, etc.  They ended up overpaying me by 10 weeks and as a result I just had a bill for £600 from them - actually quite unbelievable! 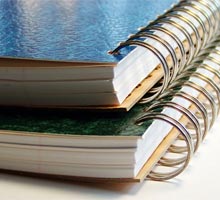 Another consequence of all this, was that when I went on the income support, they told me I had to go through the CSA for my daughter's maintenance payments and I had NO choice in the matter.  I told them I was happy with the arrangement I had with my ex whereby he paid me £200 a month, but they said I had no choice!  When the CSA phoned me for information, they said 'now you will get £40 a month' to which I replied, "for what" and they then told me that this was my maintenance!  As it turns out, they would be taking £150 a month from my daughters dad and paying me £40.  So where does the rest go and how is this possible.  Is this a money making scheme for the CSA or what?

I argued so much, cancelled the claim etc. and I was soon back at college and no longer forced to go through them - what a fiasco!  It made me think though, how may absent parents think they are paying money to their ex and child/children, when in actual fact the family probably only get a portion of the money.

I refuse to be pigeon holed amongst either students or single mums.  I'm not out partying every night and bluffing through education for the sake of it, and neither am I out to use the system and take all the benefits I can get.  I am out there trying my hardest to get good qualifications so I can contribute to society and pay over the top taxes like everyone else.  What's the point though when I'm being penalised for it?  I would actually be so much better off if I quit college and signed on - that's what's wrong with this country!

I advertised a boat I had for sale a while back. A scammer offered me the full asking price & wanted my bank details to pay the money into. Without even seeing the boat I might add, I had great fun with them. The way I deal with scammers is the same as I deal with cold callers, I waste their time by asking inane questions & making outrageous promises of how much I have in the bank. I think they smelled a rat when I said Rosie & Jim in the next boat where also interested in selling.
15/04/14 boblet
0

I emailed this piece of sh1t asking for a loan, and this is the response so far :

you are once again welcome to "CREDITCOMPANY".

We want to officially notify you that i am in receipt of your
information's and they are kept safe and strictly confidential in our
data base, but we still need you to send a scan copy of any valid ID
card or driver's license of yours for more documentations, we are
willing to give you this loan because we trust you to repay our loan
please do not let us down, in regards to the mail we received from you
earlier we have had a meeting with the board of directors we have
come to a conclusion that you will be granted the loan. so below are
the terms and conditions governing the loan. And here are the terms
and condition which you will are about to read and understand the
terms. You are looking for the sum of ( 3,500.00 zl), I want you to
know that we are legitimate loan lending company, and we are wiling to
help you with the loan you need. Below you will find the Company Loan
Terms and Conditions.

Applicant must obey the company instructions

Applicant must be 18 years and above.

The loan must take insurance protection for security reasons.

All information sent by the applicant must be valid.

Applicant must respond to the company mails regularly.

The loan repayment is consist in Monthly payment with the total
interest rate. So if you wish to obtain a loan from our company the
above list stated are the company procedure . And the below
information is the loan terms and as soon as you are in agreement with
it you are to get back with a scan copy of your id card for
verification.

This is the total loan Amount and interest divided by the loan
duration period. Borrower are to send a scan copy of your valid I.D
card or international passport for identification to enable the swift
transfer of your loan. you are also to send your direct phone number
and complete house address.

I Agree to pay the monthly repayment schedule at when due.

I Agree to start monthly repayment, three months after my loan has
been credited to my Account.

I........................ hereby Agree to the loan terms and condition and with this,
In declaration of the loan agreement details provide by me and
document signed are real and legit.

Mr Mhay you are a thieving scammer, you have no intention of giving a loan, nor do you have the means to do so.

These scammers operate by getting your details and then asking for a 'fee' to secure the loan. That will be the last you will hear from them.

They are Nigerian scum, the same as the 'love spell' merchants and the 419 fraudsters. They should burn in hell.
14/04/14 Friday Lunchtime
0

Hello credithome@blumail.org I am a member of the general public & would like to inform you that in my opinion, anybody who borrows money of the likes of you is a crettin. Other than those folk who borrow of you then do not pay you back. Those folk I admire & encourage.
14/04/14 boblet
0

To "Mark David":
Really? You think that us intellectuals will fall for your poorly thought-out scam? You make the usual Nigerian scams seem appealing.
You are truly worse than the scum of council estates.
24/06/11 DSG
-5

To Mr Mark David of BARCLAY HOUSE OF LOAN AND REAL ESTATE SERVICES :

You are a piece of bottom feeding scum, you are underneath the bottom of the barrel. People like you deserve to die a slow painful death and rot in hell. You are, of course, like so many scammers, Nigerian, from the country of scams and corruption and filth.

You are so stupid you can't even make your pathetic scam attempt look authentic. I doubt if a 5 year old would fall for it. The slugs in my garden are more intelligent than you.
24/06/11 MikeP
-3

I am Mr Mark David of BARCLAY HOUSE OF LOAN AND REAL ESTATE SERVICES.We now offer all kind of loans to all loan seekers,who need money to suit their budget,to secure their homes ,to clear their debts,and we also do bad credit loans and student loan.We give out loans to people above 18 years and who are God fearing that will be willing to pay back within the given time. You can forward you application via barclayhouseofloan@hotmail.com. We will be willing to help you as you forward us your application.

Sandra I am very intrested in your loan offer, I will email you shortly to find out more, the Country I am in charge of is severley in debt, but we can still afford to give £160 million to a bunch of P@kis
yours sincerely
David Cameron P.M
15/04/11 David Cameron
-17

Yes, these people are lower than shark sh1t. They don't live at the bottom of the barrel, they live underneath it. They are bottom feeding parasitic verminous filth who prey on the weak and feeble of society.

I have written to dear Mrs. Morris (sandra.loanlenders@hotmail.com) to tell her this, but in slightly less polite terms than above! She might appreciate some emails from some of you too ..... don't be too rude though! And be quick about it because Hotmail will be terminating her email address soon.
15/04/11 MikeP
-4

Are you a mentally challenged man or woman? Are you in a financial mess? Are you a bit slow? Do you need further funding to start up your own business or to further increase the debts of an already struggling one? Do you need a further loan to consolidate your abysmal financial acumen or significantly increase your financial ineptitude? Do you have a low credit score and are finding it hard to obtain capital loan from local banks/other institutions? Do you need a loan or funding for any reason such as a lobotomy. The world is your lobster my friend: contact our ample bosomed loan officer the big Bopper Mrs Sandra Morris e-mail:sandra.loanlenders@hotmail.com.
15/04/11 The Nigerian Scam Corporation
19

sndra. The freedom to post on the likes of this site is great, however it has the odd drawback you are one of them.
15/04/11 Boblet
-2

Are you a business man or woman?

I find it sooo funny how people try to look their nose down on a poor girl who is actually trying to better her life saying "that she shouldnt have gotten pregnant in the first place" Well I too am a ingle parent and have worked my whole life since I was 16 and have paid ample taxes and I am currently going back to university for my masters in Social Work. The fact I am a single parent has never held me back and seeing as scum bags try to look down on me while I am more educated and hardworking than they will EVER be.
29/08/10 Linzi
-3

i'm in the same position as you its way too hard !! But yet the government claim to be trying to get people back into work.....please show me where these supposed efforts are !!
19/04/10 benzy
-5

Paying for mistakes made by the CSA

Discrimination and prejudice against single parents

Ex won't have the kids overnight

The CSA - a biased and unfair system