How long does news take to break?

I ask this because fairly recently whilst watching television, BBC Breakfast News came on as usual at 6am with the North Korean Nuclear test as the main headline and a big caption.

"Breaking News" was displayed on a prominent red background so you couldnt miss it.  Must be happening right now then I guess?  Then, nearly two hours later, exactly the same headline was still displayed with the "Breaking News" caption.

Totally and utterly unnecessary and yet another example of how the media and the BBC in particular loves to sensationalise serious events.  One only has to listen to the report of any major disaster.  The more deaths the greater the relish with which they report it.  You can almost hear it their voices.  Also this so called News is not really news at all I think and if you bear in mind that the dictionary definition of news is - "Information about recent events or happenings, especially as reported by newspapers, periodicals, radio, or television." 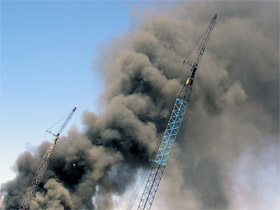 Instead of what HAS happened or RECENT events, we get endless speculation, conjecture and above all, waffle about what might happen or could happen if somebody eats lentils for supper!  This is all usually brought to you by some 'expert', paid loads of taxpayers' money to tell you something that you already knew.

On the subject of our dear friends at Auntie Beeb, I tuned to the Denmark v Northern Ireland the other night.  The BBC decided to broadcast this on BBC3 as well as BBC2 Northern Ireland.  Get this the same broadcaster on the same match, yet TWO different teams of commentators and analysts.  Could they not save us precious licence money and just broadcast the BBC2 NI coverage on BBC3 instead?

I tuned in to BBC2 NI as the picture was in widescreen unlike BBC3.  I found it wonderfully refreshing to hear the Northern Irish commentators referring to the Northern Ireland team as "We" and "Us".  In this ridiculous modern climate of political correctness, just imagine the outcry if Messrs Motson and Lineker and co referred to England as "we", given the bellyaching by the PC brigade about flying the cross of St George.  Good luck to the BBC2 NI boys, perhaps one day this PC nonsense will blow over.  Mind you as a Crystal Palace fan I said they would win the European cup!

I do have sympathy with you, watching Crystal Palace is no fun
10/07/14 www.easyhandyman.com
2

TV news and most newspapers are so biased towards representing their own subjective views. The thing that really winds me up about this is the way that they pretend to be unbiased whilst using language and voice tone that clearly is designed to give a certain impression of what is the "correct" stance or viewpoint. I would like to have the information about world and local events without the patronising please.
09/07/13 Brohemian
2

What you must understand is that the BBC is dominated by `news and current affairs` wallahs, and they like nothing better than to report on things like a good mining disaster or a royal wedding announcement. When they cancel programmes to convey to us the breaking news (again) it is always one of the few interesting programmes they cancel, and not one of the many programmes that require only the possesion of one brain cell to appreciate.
22/11/10 Biscuitbum
-1

It's the same as sports programmes that endlessly rehash a football game. It's a cheap way to fill the time; no interviews, no research and no thought, just burble.

Elections are the worst, with an endless supply of talking heads telling us what could happen or what what might have been said behind closed doors or what someone might be about to say or think or do next!

What I hate is when I am trying to get a weather forecast for the next day and they spend five minutes telling us what the weather was like today. I think "Yes, I know, I was there".

Then they tell you it's raining now. I look out of the window - "Yup, you are right there."

Can't find a better place to put this; something (else) that really annoys me!

Today is a good example; the news on the radio is all about what Ed Milliband will be saying to the Labour Party conference today. As they've already told us what he'll say I can't help but wonder if there's any point in him saying it now!

Why can't they just wait until whoever it is says what they are going to say & tell us when they've said it?
28/09/10 grumpyoldwoman
-12

Auntie beeb has definitely lost its way I think although I must admit the iplayer is a good thing. I tend to watch Sky news these days and catch up on the latest online.
09/06/09 Adrian
1

I know what you mean - you should have heard the media this morning, with the Fog, the plane cancellations.

.....well actually, that was just after a guy from BMI-Baby patiently explained that all of their domestic flights were unaffected. John Humphries didn't care less......and don't even get me started about the supposed "ROAD AND RAIL CHAOS" (I was listening to all this, happily driving to work, on clear (albeit slightly foggy) roads!)

The East call it propoganda, the West call it news. As for if it is breaking then that has to do with whether it has time to be reported in the papers I believe. However most news channels will stop calling it breaking news when they have a change of program, eg breakfst news to midday news.
03/11/06 simmy276
1

I will go even better than "Claify" what I said, I will clarify it.

I did not say at any point that it was not news. My point is that surely the same news story isn 't still, "Breaking" after two hours.

As for your, "Tree hugging hippie" assertion, the BBC has far too many people of that and other PC persuasions for me to go down that route.
26/10/06 Mark
-3

CNN started this craze for "Breaking News". CNN had to do it because they were in commercial competition with other channels. The BBC has no need to do this. It "competes" on an entirely diffent plane. The concept of "breaking news" sickens me. Have they really got a scoop? Quite unlikely as a news agency like Reuters will have got there first.

If news is not news then what is it?

please claify your argument or you risk not being taken seriously!

Are you some kind of tree hugging hippie?
25/10/06 concerned BBC executive (terry
-4