We all know that the BBC is not supposed to advertise anything.  They have long advertising breaks between programmes to advertise their own services and books.  They have long programmes which are nothing but thinly disguised advertisements for holidays, hotels and restaurants, motor cars, books, theatrical performances, films, the list is endless.  These are all alleged by the BBC to be either "news" or "features".  Try telling that to the hoteliers in town on Portillo's Train Journeys who were not portrayed as hosting him.  I remember to days when no brand name or company name was ever mentioned.  Instead we had panel shows with "Mr.  X, the personnel director of a large motor manufacturer" where now we have "Mr.  X, Ford Motor Company's personnel director".

These channels are largely free to have as long advertisement breaks as they want, not because there are no rules but because nobody has to monitor obedience to those rules.  The only enforcement is response to complaints from the public - and that is usually too little and too late. 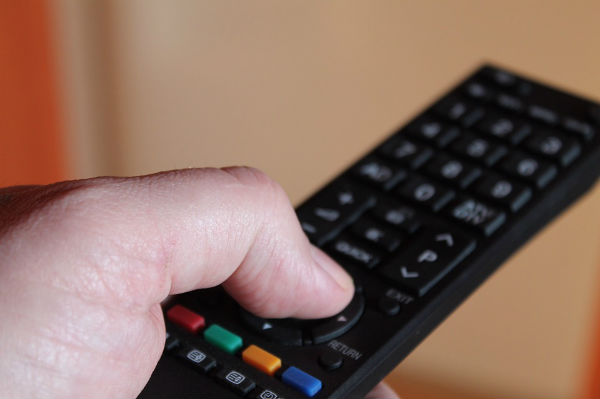 The epitome of the fraud on this aspect is "half price" and similar claims.  It used to be that you had to have had that product on sale for a significant time at the higher price before the claim could be made.  Now it seems that the vendor only has to promise to sell the product at the higher price after the sale is over.  So sales say we could sell one a year at £1000 (e.g.  beds) so we make them down to a cost price of £250 and advertise them at "half price" £500 and if there are any left we sell them at £1000 to make it legal, except for any we call "seconds" or "shop soiled" and reduce them for those reasons even after the sale is over.

There are two reasons for advertising campaigns on TV.  The first is to get a brand name repeatedly before the public in the hope that Aldous Huxley was right when he wrote "64,000 repetitions make one truth".  The second is to sell a particular product.

There are some particularly nauseating examples of this, notably British Gas telling us the we each live on a separate planet of one house and implying that only British gas has the coverage to cope with this, and even more ludicrously a series of very imperfectly dressed men performing an even more imperfect dance which apparently should convince us that they represent the company best placed to advise us on financial matters.

I think all I need to say here is the expensive motor car advertisements on the BBC under the leadership of Jeremy Clarkson.

Why not give up watching telly and get a life?

Another advertising Gimmick which the BBC uses continually, is displaying these "billboards" behind sport reports, portraying numerous suppliers of related products. That's just blatant free advertising and should not be permitted.
29/12/17 Willum08
2

i very much agree with you on every point , the bbc should be made to take up advertising for their licence fee and maybe they wouldnt pay out as much on salary that is extortionate to the paying public .
29/08/17 racehorses
1

Then there are the adverts that the Freeview channels run for Sky and now also Amazon Prime.

I've lost count of how many times I've watched 2 or 3 series of a programme I was really enjoying only to find that further series are only legally available on some channel that has to be paid for. House with Hugh Laurie is one that comes to mind and lately The Americans and Orphan Black. So the free channels get you hooked and then you are supposed to pay to watch the rest.

This is a very disconnected rant, you seem to jump from one point to the next eithout coming to a conclusion. I do understand that adverts are infuriating and another way to force stuff on us, but dont you have a Gubbins on your remote to fast forward through them?
I'm not sure what to make of your comment re, Jeremy Clarkson. You know he's no longer with the bbc, yes? And as far as i know, has nothing to do with the making of ridiculous car adverts? However, he does have an incredibly successfull show on amazon prime.. No adverts on that :)
26/12/16 Kovich
0