I am basically disgusted by the amount of media attention that the death of Amy Winehouse has generated.  First of all my sympathies go to the family,because it's not easy when you loose a son, daughter, brother or sister.

As I said, my gripe is with the media, the hype and the music press.  It would seem that the more dysfunctional an artist is, the more likely they are to be under the spotlight and to my mind that isn't a good thing.

People have been saying things such as "What shocking terrible sad news" and "What a deeply sad waste of a young and talented life".  Personally, I'd say that anyone dying so young is a waste of a life regardless of whether or not they're famous (for whatever reason). 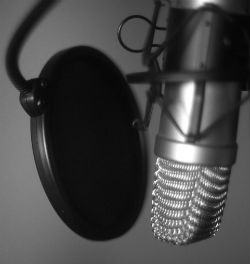 Also, whilst the circumstances surrounding her untimely passing are unclear I think it is important to remember that she wasn't exactly an ideal role model for many of her young fans.

In fact I read in the news earlier today that many of them are leaving packets of cigarettes and bottles of vodka amongst flowers, poems and other tributes.  I wonder how many of those young impressionable people view her lifestyle as cool?  How many of them might go down the same road?

Finally, I'd just like to say that I wasn't a fan of her music.  Fair enough, we all have our own taste but because of all the news headlines and emotional outpourings we'll probably have to listen to all her songs over and over again on the radio in the weeks and months ahead.  It's just a shame that the music press didn't show the same level of dedication when Gary Moore passed away a few months back.  IMHO he was the greater talent and will be sorely missed.

They are Soldiers that gave their lives this week for you. There is no media for them - not even a mention of their names. Honor THEM by posting this. I did, will you? (REPOSTED)

I thought Amy had a wonderful voice, I was stupid enough to end my singing career through stupidity. She will be missed by all, especially by myself.

Too much money & nothing to do - and that's when they turn to drugs ! The Jewish community in London like to turn their noses up at people , like they are better then everybody else - well you guys should have been there for Amy !
04/08/11 Nw b88llr
-5

I was not a fan of hers but she did have a cracking voice she caused herself so much pain and that of her family as well.. it was such a waste of a very gifted young women she obviously tried to put her wrongs behind her but it was too late.
She is a very bright star shining in the sky above lets pray she has found peace....
03/08/11 Honny
-13

In summary she was a real crack heroine, drunk, not on pop or muzak, but booze. You should see the number of dead flowers that have left outside her pad or opium den.

LOL @su pollard, that's actually quite funny. Anyone else fed up with hearing her on the radio yet and to hear she's topping the album charts? Sickening it is.
01/08/11 Chris
-6

Fred E you are nearly as big a crackpot as Nick Fell, i agree Jethro her music was absolute rubbish.
Bless all the sad deluded so called fans of hers leaving bottles of Whisky and Fags as a tribute to her, whatver next? leaving model Aeroplanes at the site of 9/11?
01/08/11 Su Pollard
1

Mimy, The record producers knew the dross she was churning out would appeal to people just like you!!!
01/08/11 Jethro
2

Whats heroine? is that similar to what smack head filth inject themselves with? Ive enjoyed her dying theres been some great jokes i havent laughed as much since Michael Jackson snuffed it, good riddance to her.
01/08/11 Mr Derek
-12

So what if she did do heroine and crack? What if she did abuse drugs, that was her busness. What does that have to do with anything? Ill repeat again its wasn't amy's job to be a role model! You say she resembled a horse with down syndrome- the record producers obviously thought otherwise. Get over it.
01/08/11 mimy
-19

Yeah you are right it was the alcohol and cigarettes that killed her, its not like she did heroin or crack or anything is it?
Yes she did have a talent and did express it well, i have never known anyone do impressions of a horse with downs syndrome so well she even put Camilla Parker Bowels to shame.
01/08/11 Cooper
14

All of you need to get a grip! It was not amy winehouse's job to be a role model to your kids, it is your job to teach your kids right fron wrong. Amy had a talent and she expressed it very well, fair enough if you don't want your kids listening to her music then don't let them listen.
I'm so fed up of parents blaming kids smoking/drinking on the pop stars of today, it is not down to them to teach your kids right from wrong!
31/07/11 mimy
-12

Cherry, Her music may have been good but her lifestyle was a very bad example to the nation. Every body recognizes there is a problem in the UK with drugs,drunkeness, and anti-social behaviour, so we did not need her to show it off to the world and maybe somehow encourage easliy led people into beliving her actions were acceptable. If you have children how would you have liked her as a role model to them?
30/07/11 Jethro
12