Like most people in Britain I own a television set and I am currently paying a small fortune for the 'BBC TV licence fee' each year and my gripe is that I'd like to know what I'm getting for my money!  I certainly don't think that I'm getting enough value.

Like many other people I feel that I am subsidising the BBC because I rarely ever watch terrestrial television and I prefer to surf the many digital channels currently on offer instead.

Some of the reasons given for the fee is that it helps to keep the quality of BBC TV programmes at a high standard and makes it possible for them to broadcast quality content without the constant interruption of annoying advertisements and commercials.  Well I suppose these are pretty valid points, but they are probably the only ones as far as I can see.

What are the alternatives to a TV Licence? 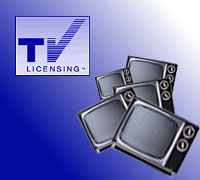 So what are the alternatives to funding the BBC with the licence fee and what would the end product be like?  One option would be to charge a separate subscription fee and possibly even boost revenues by allowing advertisements.  I suspect though that this may not be too popular due to the fact that people quite like having a channel with no adverts on.  Another option would be to integrate the channels with existing subscription services so that you can opt in for these channels in the same way that you would for any other premium channel.

At the end of the day though, it's probably all too much trouble for those in charge and besides they would not be prepared to accept any of the inevitable losses that would be incurred.

If you're paying for a TV licence like the rest of us, you might as well check out what the beeb have to say on the subject.  There's lots of usefull information here like how to pay for one, if your so inclined that is!

If like me you think the licence fee should be abolished then there are campaigns out there where you can make your voice heard.

I had to laugh this morning. While I'm full of admiration for Sophie Ellis Bextor's effort, one of the causes the money will go to is apparently anxiety counselling for children.

This from the BBC who are constantly fear-mongering about everyone, including small children, having Covid jabs or your loved ones will die; and if we don't stop global warming we'll all be dead in ten years anyway!
17/11 grumpyoldwoman
0

@Tristan Smoothbuttox, Jason Bawanak. You both need to ask your doctors to re- evaluate your antipsychotic meds. the ones your both on are making you worse. Have a nice day.
12/09 Jethro
-2

Still got that potty mouth, how sad, but there again, some people like you have to be at the bottom of the human race.
03/09 Jethro
-11

Apparently, according to the papers, fans of Doctor Who are "gutted" or "devastated" that Jodie Whittaker will be leaving soon. Really?

Delighted more like! Chuffed to bits! Over the moon!

surely in this time of lockdown bbc could bring back some old comedys instead of gardening
and baking and sewing some of us want to laugh!!!
28/05/20 heathie
5

I hate sport especially football and now all we seem to suffer is football even on Sundays, we virtually never watch bbc even worse - we used to watch Casualty and Holby until a few months ago as there is far to much homosexuality filth
23/03/20 Norman478
4

The total crap they show, strictly come prancing, totally pointless, reality rubbish and far too much sport, even the once good programs, Holby is just full of filth now, the news programs seem to be very biased, either pay per view or scrap the licence totally
12/09/19 Norman419
5

The BBC are an odd organisation and the way they report news is bizarre! Yesterday Cloudflare was down, they reported it quickly. Today Facebook, Instagram and Whatsapp down - not a word so far. Very weird.
03/07/19 Anon
2

I would like to know why on BBC Look East it takes two of the Muppets to sort through the local news. On the national BBC news we get one news reader who does what it says on the tin, reads the news. On BBC Look East it takes two of them to fumble their way through half hour of mostly non local news. My licence fee is funding these two Muppets, why ? I've got a suggestion, the BBC should cut the local news to 15 minutes and only employ one of their local news readers. Most day's not much to report anyway. Obviously the poor dears can't handle 30 minutes on their own, they need someone to hold their hand for a full 30 minutes program. Saves us licence payers money in the long run, BBC get a grip.
26/03/19 Johnny the eagle
2

With Doctor Who having turned into leftist politically correct tripe and both Chris Evans and Simon Mayo leaving radio 2 I'm starting to agree with this gripe!
04/11/18 grumpyoldwoman
1

The amount of rubbish that the BBC has on as well as all the repeats makes you wonder why we pay a fee to watch repeats. We only pay for the BBC TV and radio. As I rarely watch BBC due to all the rubbish they have on, and very rarely listen to the radio it's not worth paying the now £147 a year.
20/05/17 Rob258462
7

When did the BBC get this sneaked into "law"?
Licence required to watch the iPlayer and catchup TV