Here's a gripe about the BBC that is a bit different from the usual.  No it's not about the outdated and quite frankly extortionate licence fee.  It's not about the mediocre programmes, the lack of decent movies or endless repeats, and it's not about the biased over moderated and inaccessible 'Have Your Say'.  All of these are perfectly valid points though.

My gripe is about the BBC's attitude towards social medial.  Or rather its CLOSED attitude when it comes to social sharing on the Internet.  As it happens I'm one of those rare people who don't use Facebook and I also don't use Twitter any more either.  For various reasons I stopped using them and closed my accounts, although I'm still somewhat dubious as to whether or not Facebook HAS actually deleted all my data as I requested!  I do, however, still use a social network and still like to browse some of the news stories on the BBC websites and as many people do, when I discover and interesting article I like to share it with friends and family.  As it happens the BBC being such a cutting edge organisation have provided the usual sharing buttons on their pages.  So what's the problem I hear you ask?

There's no Google Plus sharing button, that's the problem!

There's no Google Plus sharing button, that's the problem!  The Facebook and Twitter sharing buttons are in a prime spot and there are other sharing options on most pages for places such as Digg, Stumble Upon, Deliciious and Reddit.  So who on earth still uses Delicious, Reddit and Digg? 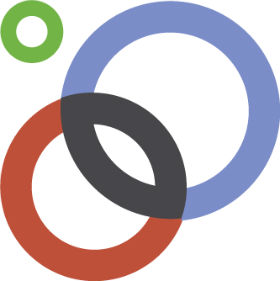 You can of course email or print the page you're looking at, but absolutely no means to share on Google!  Very strange when you consider that the BBC actively use Google Plus to promote their content and they appear to have a growing number of followers.  It's basically a one way street though.  They're happy enough to plug their stuff, but they aren't making it easy for their stuff to be shared on Google and to me that's a bit unfair.

I would normally just bite my tongue and grumble a bit, but I've been emailing them for months regarding this and I am also aware that other people have been doing the same.  To date they haven't replied once to my polite request for this feature.  Whilst I am aware there are browser extensions that one can use for sharing, I generally prefer to keep my browser lean and clutter free.  Besides, most sites have a button tucked away somewhere specifically to do this job.  To top it all off I have just found out that they're going to using Facebook to stream Wimbledon and the 2012 Olympics live...  not that either of them interest me in the slightest.  Hmm...  Nice to see you have a new bed partner then Auntie Beeb.  Hope that all works out for you, and just for the record, no I don't have a flaming TV licence.  So there!!!

The Weekly Gripe on Google Plus

Google Plus was and still is a good place, I hesitate to say social network as it isn't like Twitter and FB. It'll be sadly missed, although I admit I use it rarely these days and mostly Twitter. Google Plus was a great place for photographers and creative types and on the whole didn't have all that negativity. All good things come to and end.

Can someone please explain to me what the point of having a Google+ button is when Google are pulling the plug on Google+ in a couple of months? https://www.cnet.com/news/google-pages-will-shut-down-on-april-2/ https://www.engadget.com/2018/10/08/google-shutting-down-google-plus/
02/02/19 Brit Expat
1

I've set up a Google Plus page regarding this issue and it seems to be getting some attention already. If you use Google Plus please visit the page, share and make some noise!

"Has journalism become SO lazy, that in order to write something, it seems only necessary to perennially plagiarise the detritus that is social networking?"......... Oi

Good moan and very valid, however lets take it a stage further. As a regular reader of the BBC news website (with the hope of getting vaguely impartial reporting), I can't help but wonder whether dear Auntie has become an advertiser itself. Virtually every article has to mention bloody Facebook as a source, failing that will be a comment from someone on, yes you guessed it, tw(a)itter.
Has journalism become SO lazy, that in order to write something, it seems only necessary to perennially plagiarise the detritus that is social networking?
16/08/12 Oi
-6

I'm convinced facebook is run by aliens from outer space, and they intend to use all our info against us, then take over the earth and subject us all to slavery, and the Tories and labour politicians are really great big beetles in disguise as humans. Don't get me started about Twiter, if you only knew the truth about them!!!!
23/07/12 Dr Zug.
-5

If you place any value at all on your future, you should shun all and any form of publicly exposed life-sharing, such as Facebook or Google Plus. Both of these have sinister connections which are completely heartless, wishing to control your life down to when you will be allowed to use the toilet. Beware, beware, beware.
01/07/12 eyes_wide_open
-30

"For various reasons I ... closed my accounts, although I'm still somewhat dubious as to whether or not Facebook HAS actually deleted all my data as I requested!"

Rest assured, they haven't deleted it. All that has gone is your ability to access it.
29/06/12 Charmbrights
-7

You seem surprised that "... They're happy enough to plug their stuff, but they aren't making it easy for their stuff to be shared ..."

What is new or unexpected about that?

If there's a disaster and a special web site is set up, the BBC tell you to go their own web site and never mention the specialist one. If you want a more detailed weather forecast, they send you to their web site, not to the much better Met Office one.

Broadcasting now just seems to be one long advertisement for the BBC website.
29/06/12 Charmbrights
-5

Can you have your say on the BBC website?