The BBC's presenters think they are so damned comical when they are not funny at all..  The way they speak annoys me.  Bill Turnbull (Billy and Billy Boy has also been used by the team) has such a clipped voice and hardly opens his mouth.  Watch his top lip it is hilarious.  I like Bill though but only because he keeps bees (I like bees).

Sian has the best presenting voice but her character is far too squeaky clean for my liking.  She keeps it very PC but her contribution to the show is boring.  One of the things they sometimes do is word-linking, the syllables of words start to merge and tagged onto each other, this is commonly seen on TV and heard on the radio and I hate it.  The presenters must think they sound smart doing this.

Not one of the presenters are really funny, comical or entertaining.  The funniest moment on BBC was when Charlie State accidentally farted.  But what was actually funny was his co-worker's response.  So what if he blew off, he is human.  But on the BBC nobody acts human, they all act robotic.

Can all presenters just stick to the script or the facts and stop trying to inject their humour which isn't worth a snicker in my opinion.  The other thing I notice is these presenters with a speech impediment.  Kate Garraway seems to have thick teeth, obviously too thick for her tongue to deal with.  Couple this with her lisp and OMG I have to switch channels because her voice does my head in.  The other stand-in has the same thick teeth problem and her voice grates on my nerves (shes the one with the heavy upper arms). 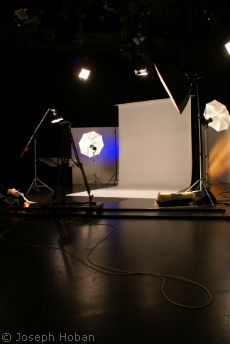 To all the TV channels: Get someone on who is more confident than these 'characters' and someone who is human and can connect with people, because in my opinion the likes of Lorraine Kelly really aren't good.  Jonathan Ross (yes he cracks the odd good joke but its scripted mostly) and Lorraine Kelly regularly ask 2 questions within 1 question and even answer their own questions!  They don't give the interviewee time to even answer and they don't ask the questions people really want opened up.  In fact, I don't think they genuinely are interested in the interviewee.  Oh and Lorraine Kelly's accent is pure annoyance, it is hideous!!  Listen to the noises she makes and when she says 'oh no' - it is just a weird sound.  I can't fathom what makes her popular and everyone I've spoken to says the same 'she is annoying'.  So the popularity of Lorraine Kelly must be a myth!  I'd rather have R.Kelly presenting if it came to it and he is in R&B.

Imagine if I open up my own TV show...  (I've had days to prepare don't forget).  The audience has been warmed up, I appear to rapturous applause..

"Hello, good morning and welcome to the Anita Nails It Show.  I hope you all enjoyed the weekend.  I myself went for a day at a local zoo.  There was only 1 dog in there.  Yeh!...  ...It was a shitzu";

You are possibly the most contradictory and grumpy person in the world.
09/07/12 Notanarse
-8

I also have a problem with people who can`t seem to talk properly on tv. In my case, it`s when people can`t seem to get their words out, & keep going er,er,er,er, allthe time, or even worse, when they repeat words like at,at,at,at, at this time. they remind me of an animated character who was on channel 4 in the 80`s, Max Headroom was his name, & he talked with a constant stutter, anyone who remembers the 80`s will remember him. At least he was funny, which is more than can be said for stutterers on tv, I find them so irritating that I have to put the mute button on.
28/10/11 hairyfairy
1

Yes i agree calling someone a Idiot is very childish and unoriginal.
18/10/11 Tez
-3

Be quiet you silly silly trolls.

Don't have the brains to answer properly so resort to abuse and insults. Children.
18/10/11 oi
3

Yes it is you idiot.

"Clarkson is a up himself cretin who thinks he is something special when he isnt...i can see why MikeP likes him its a pity Richard Hammond survived his crash.
Hoblet"

Less of a 'cretin' than you, at least he can write English.
As for wishing someone dead, that places you right at the bottom of the gene pool. Shame on you.
18/10/11 MikeP
4

"its a pity Richard Hammond survived his crash."

Coming across as pretty much a cretin as well there, judging by that comment. And crass. And callous.
18/10/11 Oi
5

Clarkson is a up himself cretin who thinks he is something special when he isnt...i can see why MikeP likes him its a pity Richard Hammond survived his crash.
17/10/11 Hoblet
2

Voting thumbs up here for Clarkson as well.

Speaks his mind, and is intelligent and witty.

And (icing on the cake) time he is responsible for punching Piers Morgan in the face.
Enough said.
17/10/11 oi
2

Jonathan Woss turns my stomach too, and that filthy looking creature he used to have on his show. I've seen more pleasant things under stones in the garden and I am appalled that they were not banned from public television after that filthy prank they played on Andrew Sachs.

Splodge you are so right with that one. I know this is going to take some flak, for some reason a lot of people like him, but I absolutely loath him! I'm talking about Jeremy Clarkson. Grrrrrrr... I'm getting wound up just thinking about that horrible little man. Then there's that bunch of self-important @rseholes on Dragons Den.

We should have a vote, who's your least favourite TV personality (if that's a term you can actually use for these idiots!). Don't get me started! Oh damn. Too late!
17/10/11 Rick
-7