Is it time we withdrew from the Treaty of Rome (The European Union).  When we were originally asked to vote in a referendum the question was whether we wished to remain, not to join as is wrongly thought.  The actual wording was:  Do you think the United Kingdom should stay in the European Community (The Common Market)?

Now you can see by this that no mention was ever made of a Federal Europe, of laws superseding our own, of a common currency, of a Central European Bank, of taking our fishing rights, of applying Federal rules and regulations to our home markets.

I voted against it then because from my perspective it could do nothing but harm.  The analogy I used in my own mind was a simple one, but I feel the simplicity of it holds more weight today than in '75.

Imagine that you are a market stall owner; you buy your produce from many countries because of solid associations you have built up all over the world.  You pay nothing for the privilege of setting your stall up everyday and your customers are many and varied.  You also sell much of your produce to the market in the next town at a fair price.  One day, a representative of the market in the next town calls on you. 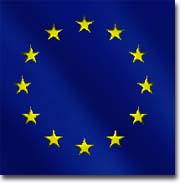 â€œLook here,â€ he says. "If you join our market, youâ€™ll be part of a pool with greater buying power, sure youâ€™ll need to abide by the rules and we will tell you what you can or cannot buy and sell, you will need to abide by our metric systems and rules and regulations.  Youâ€™ll also need to give us access to your suppliers but we wonâ€™t give you access to ours.  And the best thing is, youâ€™ll pay us very handsomely for the privilege of joining."

â€œWhat if I donâ€™t join?â€ Asked the market trader.

The representative hints of a dark future where all his trade will dry up, so the trader, a Mr. Edward Heath, agrees to join.

He forsakes his former suppliers that he has used for many years and this causes then terrible hardships and he joins the new markets traders in the next town.

French firemen and police fight each other in 'pre-arranged' brawl that only ends when TEAR GAS is deployed, following clashes earlier in the day during firefighters' pay protests

So much for a united EU. Just wait until the Germans see through the BS they have been fed from Brussels. Thank our luck stars we have sacked these unelected dictators with their snouts in the power trough and we can now decide our own future. Remember, it was the British people that showed the rest of Europe they can be free from Brussels dictatorship.
30/01/20 Jethro
1

The ministers won't care as they have sent their children to Eton.
30/10/14 Dead and Buried
1

"Almost 140 different languages are the mother tongues of children at primary schools in the Bradford district with 43 per cent of pupils speaking English as a second language, according to latest figures. Languages and dialects from across the globe are spoken by more than 23,000 of the 54,146 primary school pupils in the Bradford district".....A National Paper....2013

Immigrant children become a problem when they do not speak, read and write English.

They take up a disproportionate amount of the teacher's time, so they are very much a problem!
30/10/14 Stalag14
0

Dave, I can't think why this thought should cross my mind but I'm going with it anyway........

kids' education shouldn't be a problem as immigrants can neither afford the fees of a private school nor the price of a house within a good public school's catchment area. I can't see how they can become a drain on Britain's education resources.
30/10/14 Dave
0

The following taken from today's "The Telegraph"

'Britain's schools need more support to cope with an "influx" of immigrant children, Osted's chief schools inspector has said.
Sir Michael Wilshaw said it was a "big issue" for Government if schools are being faced with a large number of new pupils from other countries without the resources to deal with them.
Speaking on LBC Radio Sir Michael said: "Schools need the resources to deal with that. When they're faced with an influx of children from other countries, they need the resources and capacity to deal with it and if those resources aren't there, that's a big issue for Government. That's the first thing and we'll be producing reports on this quite soon."
His comments will raise fresh concern that high levels of immigration are putting a strain on the education system.'

It is time that all the political parties gave the UK people a referendum on the EU soon so that we can decide if we wish to carry on with uncontrolled borders, or get this immigration sorted out and decouple it from the issue of EU membership. This is getting absolutely crazy!
29/10/14 miserablemoaninggit
0

More than 700 foreign criminals caught in just two days: Fugitive wanted for 23 offences and man suspected of £11,500 fraud among those held in crackdown

One sympathises with your dilemma; rich is the new poor and one simply could not manage without the cheap ( sorry, I meant say “flexible”) labour provided by our EU cousins, but do make sure that Nanny is Norland trained.

We cannot withdraw from the EU because, without the migrant workers, I would not be able to maintain the smooth running of my household and I would have to launder and press my own garments.

Do to my wife's heavy schedule, at the Hedge Fund she runs, she is unable to do any domestic chores, so you can totally understand why I am in favour of remaining in the EU.

How else would we get a Nanny, for our eight children, when they are not at boarding school?

We have nothing but praise for our staff especially the chauffeur.
25/10/14 Stalag14
0

These are radical times J. George keeping Shtum might also be a hint of things to come.
25/10/14 boblet
0

I wonder if Cameron will pull a massive stunt at the General election in May next year by combining an EU in or out vote on the same day, in the hope it will appease the British voters that are turning to Ukip en-masse. The Tories are in such a mess they may think it will hold their party together and save their own skins? It's a radical thought I know, but desperate times demand desperate measures.
25/10/14 Jethro
0

It seems an obscene joke that we are inevitably going to be commited to paying this 1.7 billion when this Tory Government is trying to find ways of funding the survival of our NHS system, plus making cuts in public spending and public wages that have been frozen for years. Keep tightening those belts folks and get ready for the next kick in the crouch.
24/10/14 Vote Ukip
0

Eurostat retrospectively reviewed member states economic performance over the last 4 years before they decided who should pay more and who less. This is a punishment tax for doing well.

The Netherlands and Britain are being asked for more; France and Germany are to be given rebates. Guess who holds all the power on this gravy train...
24/10/14 Zanni
0

So, now the UK is being told to pay up an extra 1.7 billion to the EU cause we are doing better than the rest. This could increase the risk of interest rates and income tax rises sooner than you think. And these demands will not stop, it's almost as if our EU masters are taking the pizz just to see how much crap the British will take. But one thing is for sure, if it carries on this way, they are puhing the voting public towards UKIP even further.
24/10/14 Jethro
0