This gripe is about my Member of Parliament (MP), laughingly known as the Minister for Fatties.  The serious part is probable misrepresentation in Parliament.

Historically readers may have heard of the Magna Carta, A long time after came the 1689 Bill of Rights.  At that time there was recognition that the good people of this country should be represented by a democratic system.  It apparently was nothing like what we see today but it could be described as evolution.  That principle stands today; and yet recent polls show the majority of the population do not trust Members of Parliament.

Due to events last year in the Court Service and the way in which the Parliamentary Commissioner (Ombudsman) intended to investigate the same, I drafted a Public Petition with the greatly appreciated aid of the Clerk to Public Petitions, who ensured the format was correct for presentation.

My MP did not initially refuse to present the petition, merely ignored requests to do so.  It was only after several other MP's agreed to present "provided my MP gave consent", it became clear consent was not forthcoming.

Guidelines to Public Petitions does explicitly state that your own MP is not obliged to present a petition, however, an MP when elected is to represent each and every constituent regardless of political belief. 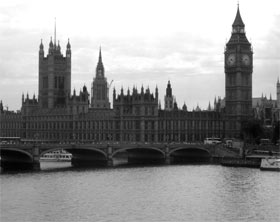 Blocking the Prosecution of a South Yorkshire police officer - Many people have recently indicated in no uncertain terms that this country in turning into a Police State.  Whilst I have no personal of grief with the Police despite recent events, I would accuse my MP by contribution, of turning the country into a Police State by stealth.

Now, had the Petition gone ahead, it would have exposed severe misgivings which have only recently entered the public domain!  A senior member of staff at the local Magistrates Court has admitted his involvement to the above and himself now subject to prosecution.  The South Yorkshire Police grapevine went into 'spin' mode (previously known as propaganda) and issued public statement courtesy of the BBC and some newspapers.  Some readers may consider the publication to be something and nothing, but with exquisite timing, the officer described above in road traffic enforcement and comments by motorists, it appears the publication backfired.

I do not so much claim my Human Rights as refer back to the Bill of Rights, if I am to be correctly represented in Parliament, it should be done and see to be done.  It is almost ironic that I can petition the European Parliament directly and yet cannot petition the U.K.  Parliament.

My MP has been informed of this gripe, and accordingly is invited to comment.

The Electoral System is out-out-date

Why can't I vote for my MP [or MEP or Councillor] via the internet? Postal votes are passé technology. The whole system is passé. Too many restrictions. Just because I have to go away I am denied my vote. I have been disenfranchised. The rules regarding postal votes limit my ability to vote.

In Australia a recent election showed us how democracy works.

Independents 3% of the vote 2 seats

It is said they had a landslide victory,

AGAIN IT IS THE LANDLORDS AND MONEYLENDERS THAT CONROL ALL POWER,
03/04/12 athair_siochain
4

on the subject of the ombusmans servise I to had to contact them after claims that this is procedure after 1 year and 10 months they can deal with my complaint.so I ask for the return of my file .i was then told they had returned this in april 2004 in was told this in nov 2004 but I have three letters from three managers each telling me the file had been passed to them.in may 04.july 04 nov 04.so I asked the umbusman to tell me how I have these letters .they would not reply telling me the case is closed.
15/10/09 danielm85948@googlemail.com
-8

you have a right to representation in court under human rights act section 6.1 now try to find a lawyer .to take your case you will not find one britain will not comply with human rights law .so how do you enforce your human rights.
15/10/09 danielm85948@googlemail.com
-4

We do not have a true democracy for a number of reasons.
Political parties can print manifestos prior to an election and after said election there is no measure to ensure they follow up on their promises. There should be key measures.
Also, the Party in power can choose an election date most suited to its own re-election. We should have fixed terms.
It is a shameful irony that the political system we are forcing other countries to adopt (namely democracy) cannot deliver the wishes of a clear majority of individuals in this country (namely troop withdrawal).
03/03/08 Deliverance
-3

Your MP didn't break any rules, why do you think that politics should be so simple? And how many petitions do you think politicians are presented with?
03/03/08 Elanon
-7

There is an interesting and timely development. New evidence means there is a great possibility of commencing legal proceedings under "Corruption in Public Office" legislation on my Member of Parliament & Parliamentary
Ombudsman. My own little Parliamentary Scandal concurrent with 'Cash for Honours' inquiry!
The big difference is there is no police investigation (although their guidelines are being followed)and no referals to the Crown Prosecution Service (or is that Department of Public Prosecutions), as both have an interest in the subject matter.
17/11/06 Ian C
-4

You cant help the igronance of some people.. people just dont care.. IanC you have spent the best part of this arguing that. I too hate it when you create a debate but alot of people are stupid.. they dont understand the debate, yet try to have an opinion.. fine I say.. but read up on things.. because there is such thing as a stupid comment..
But back on topic.. Your MP should be removed and placed back into the institution he was removed from. I too have a policy I want the to talk about in Parliment. And if I get this treatment, then its not democracy we live in...
19/10/06 thefox01
0

Let me put it this way. The Parliamentary Ombudsman received derogatory/less than honest remarks about me from the Lord Chancellor's Department (now known as the Department for Constitional Affairs, which includes the Court Service). The Ombudsman has not and will not release the name of the author of those remarks, nor comply with the FOI (Freedom of Information Act) on this.
My MP is not only aware of this, she also received 'allegedly' false information which I can obviously challege.
Naturally Ombudsman investigations were stopped; my MP is unlikely to answer my letter or reply here.

Returning to my Public Petition to Parliament, approx. 600 MP's were not interested. About 8 agreed to present it provided my MP agreed (approx 25 were not or could not be contacted). No agreement was forthcoming.
19/10/06 Ian C
-5

I think you need to be grateful if this nonsense is all you have to worry about.

It sounds to me like you'd make a good politician yourself. You talk lots and don't say anything that makes sense!
18/10/06 Eddie
-5

Spunster
What's your definition of "been had" and,
what happened 2800 yrs ago .. was this the start of democracy we know today....

Eddie
What part of this modern day democratic process, as a voter, do you not understand.
1. I prepared a Public Petition to be presented to Parliament, as of right.
2. I eventualy found my MP (as her right) would not present it. Nor would any other MP for obscure reasoning. You may question grounds for refusal. but note my MP has not replied to my correspondence sent to her in Oct. 2005 - 12 months ago. She cannot reply because....(open invitation here for my MP - but bear in mind the Petition was about alleged dishonesty around the Court Service & Parliamentary Ombudsman investigations).
3. I suggest Misrepresentation in Parliament - it has been described as no representation in Parliament, but it's open for debate.

As for Major, Curry, Blair and Prescott, are they not subjects of our derision (despite Major being a very wealthy ex-prime minister).
18/10/06 Ian C
-15

I'm still very confused as to what on earth this is all about.

Ian is saying that he has not forgotten John Major and Edwina Curry. Is he implying that Blair and Prescott are having an affair? What a scoop that would be.

Please explain this gripe to us all so we may understand what you are on about.
18/10/06 Eddie
-9