This might be a bit late, but I've just watched a documentary on the Royal Family and once again Prince Harry's behaviour and conduct was brought up.  Now this isn't a gripe about whether we should have a Royal Family, we have one, and they are there, and they are reported upon by the media.

For a start, a lot was discussed when Harry went on active service to fight.  He was accused of being selfish by putting other soldiers in danger because he would be a 'bullet magnet'.  Well perhaps if the press had kept their mouths shut, and no one knew, there wouldn't have been a problem would there?

Then there's the comments he made that were labelled as racist.  While I do not think that his comments were particularly complementary, is he really the only soldier that ever said something like that?  I suspect (and as I don't know him, I don't know) that the tape wasn't meant for a public audience.  Why was it headline news then?  Was it because it was said by Prince Harry?  Would the country be in such uproar if Joe Bloggs said the same things?  They might not be happy, but I doubt there would be the same outcry!

Then there's his drinking and clubbing.  How unusual, a twenty something bloke going out and getting drunk and having fun!  He's just doing what everyone does!  Cutting loose and having some fun!  And as for the photographer that he got into an altercation with, he's not the only man to get into a scrap after a night on the tiles is he?  And he must have been pretty sick of having a camera shoved up his nose every time he breathes!  I think I would react in a similar way. 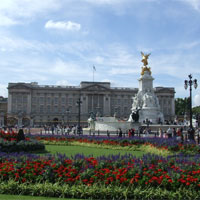 Leave the lad alone to do his job and live his life...

I know as a Royal he has a 'duty' to behave in a certain way, as he is a role model, but really, there's got to be a point where he can have a life surely?  The Royals are not the exclusive property of the public, and in my opinion anyway, deserve to have a life and choose the way they live it.  The average man in the street wouldn't stand to be told how to live his life and behave, unless the law was broken, so why should they?  Both William and Harry had to lose their mother in such a public way and had to grieve in the public eye.  That would be enough to screw anyone up, but they've hardly gone off the rails have they?

Leave the lad alone to do his job and live his life, he serves in the army and behaves like any other squaddie.  Good on him!

The Queens estate will not pay a sausage, not a brass farthing, Blinking heck she has only been forced to pay income tax in the last 20yrs or so. these people cannot be shamed.
04/05/13 boblet
-21

When the queen dies will the estate she leaves behind be subject to full and proper inheritance tax? Millions of pounds of value in her lands and property. Why should she and her family escape this duty, which all the rest of the nation faces?
04/05/13 Tax the Royals Fully
-14

What's the alternative though?

A President like Clinton or Bush? Or Berlusconi, Tricky Dicky? Oh please! Can you imagine what President Blair would have done to the country?
08/06/12 grumpyoldwoman
-8

'Prince Harry' and 'poor lad' are a contradiction in terms! The Royal Family is an embarrassment in the 21st Century. We should have become a Republic many years ago. They are symbolic representations of class and privilege, significantly contributing to a society that is failing to give opportunities for working-class people to advance. It is almost becoming akin to the caste system in India.

I've nothing against Harry personally, it is just the 'Prince' bit that I detest. He is probably a very pleasant enough young man, but I hate everything that he represents.

As for references to any member of the Royal Family working hard? It is just laughable! I've lost a lot of respect for the BBC with their sycophantic coverage of the Jubilee - sickening!
08/06/12 miserablemoaninggit
2

Time to offshore the Royal Family: have a virtual head of state - use a Maharajah in india for this. cut the costs by millions every year. Make the Windsors redundant. Let them live on social security. Re-engineer the whole constitutional monarchy.
14/12/11 Why Not?
5

Perhaps if all the royals were put on contraceptive pills of had vassectomies, United Kingdom would become United Republic within a generation or two. Long live the Republic.
04/05/11 Citoyen
-10

Why do the Royal Family need all this protection, if the whole lot were wiped out tomorrow, so what!!! It would not make the slightest difference to anyone, the govt would continue to run the UK exactly as it does now, mind you they would have millions more to spend on us with the Royal Scroungers gone!!
Maybe they should be rented out the USA for 6 months of theyear, made to attend functions and the proceeds could be used to pay their own way when they were back in the UK>
29/04/11 artuk
-2

Trimming the variety of courses is fine. Excluding all but the wealthy is immoral.

"How can we live without people who are fully qualified in all these subjects?"

You can scoff but those are the jobs our successive governments have left us with.

"Higher education is a privilege, not a right. It should only be subsidised by the taxpayer when the taxpayer can afford it"

The taxpayer cannot afford NOT to subsidize it. These kids are the future and before the hike, we were underperforming in education. This is a regressive policy.
10/12/10 Guy Forkoff
8

If you try to rise above it by getting educated?

How can we live without people who are fully qualified in all these subjects?

Higher education is a privilege, not a right. It should only be subsidised by the taxpayer when the taxpayer can afford it, and then only in a genuinely useful subject.
10/12/10 grumpyoldwoman
-4

It's really fitting that Charles and his "sheath" should become embroiled in this. The kids have it exactly right. I hope they burn the House of Commons down in protest if this isn't righted. Our governments have given their jobs away, the remaining few jobs go to low wage immigrants. If you try to rise above it by getting educated, they try to stop you with obstacles like fee hikes. Then ponce Charles gets paint on his car and people sympathize!!?
10/12/10 Guy Forkoff
-20

Rich and Poor - Black and whit

People power at last. Everyone should have the right to protest and the police should not get in the way. Where is democracy? Have the authorities had training in China?

What on earth was dear old charlie and his wifey doing in London when they knew there was this commotion?
09/12/10 Rich and Poor - Black and whit
-9

Waste of time, money and what a waste of land for one very extended family.
Just a bunch of pretty-faced do-gooders who do nothing meaningful for us. Born with a silver spoon and smile and wave and are so removed from real people.

Those who need them, crave for something that is missing in their own lives. Perhaps they should look else where and get real!
09/12/10 Stop education cuts
-13