I am in my twenties and have just recently bought a house in quiet area; at least that was how the estate agent described it when I was looking for a house.  The issue of crime and the police wasnt even discussed.

I have been here for eleven months now, and have had police visits more often than I care to remember.  My neighbours make the guys from Shameless (channel four comedy/drama) look like royalty.  Only yesterday, the dole scrounging scumbag kindly put his foot through my living room window.  The only suggestion I have for this kind of behaviour is that he thought we might need some air-con or something.

For these last eleven months they have mentally tortured us and made living here absolute hell.  However, my gripe isn't with these people, its with the police who fail to act.  Every time we call them out, what do they do?  Absolutely nothing!  They hand out warnings and turn their backs on us. 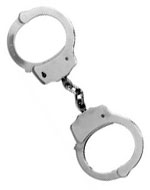 Not only am I paying for the dole scrounging moron scumbag to live next door to me through my taxes, but I am also paying for a bunch of useless coppers that would rather wait for me to cave my neighbours head in than actually do something about him!

No wonder people flip out and kill their neighbours after months of abuse, and no wonder people take the law into their own hands.  What choice do they have when the police will do absolutely nothing?

And on the subject of the police, how about some respect?

I was in a petrol station in the evening and I heard the crackle of a police radio.  There was an officer looking at the magazines.  I noticed that he had a goatee beard and the "non-beard" part of his face had some stubble.

He caught my eye and said, Alright mate?

1. Surely a police officer shouldn't wear stubble?
2. Why was he browsing magazines when on duty?
3. I think that the more formal "hello sir" would have been more appropriate.

I have heard police officers complain about a general "lack of respect".  I say that you reap what you sow.

Same thing done nothing about the neighbour smashing stuff of my house.She drink drives nothing ever happens yet my partner gets stopped coming out of a repair garage for an indicator she had just booked in.where s the justice
04/02/19 Wolfie
0

Same thing in Wyandotte Co.,Ks. for 9 years now! Hundreds of calls to the police with about 98% indifference & no effect. Lived here my whole life & only lately it seems it's been allowed to die a slow death. Calls about drug houses that bring in UNBELIEVABLE noise & an attitude to nurture just that. The first 3 years I was getting about 2 1/2 to 3 hours sleep per night. That's sleep deprivation! The effect is akin to the psychological anomalies familiar to 'The White Room Experiment' from the post WWII era. There seems to be a "sweep under the rug" policy that bypasses the law they're sworn to uphold, & thereby defend our rights. One time a house across the street was being robbed by someone at 2 a.m., with the familiar image of a flashlight being seen through a window rummaging around. Two policemen came, saw, & talked with me stating that they could do nothing for fear of being sued - No Kidding! Two others one night threatened me, I guess being tired of constant complaints, which is their fault for 'sweeping' it all away, in essence telling me to 'deal with the hell boy'. I called out the Superviser who said it would just go into a file cabinet if I signed a complaint about them, or I could call Internal Affairs which I did. One week later I received a letter stating the matter was inconclusive. I wasn't even summoned to a hearing to state the facts. Amen to the statement from the person who wrote about the "neighbor from hell" - "useless coppers that would rather wait for me to cave my neighbors head" & "No wonder people flip out and kill their neighbours after months of abuse, and no wonder people take the law into their own hands. What choice do they have when the police will do absolutely nothing?" I tell you all, for those who still believe in God, which is where our old sense of morality comes, these people who respond in such a way will not be held to the kind of accountability as will these leaders that are over us.
21/03/17 Bend over BOY!
1

The guy living next door is on benefits because immigrants have taken all the jobs. As for the police, they are probably too busy making documentaries to come and help you in any meaningful way. Unless it would make good TV of course.
05/05/14 Phil
0

The drawback of being a critic of English L.L is having to be word perfect. To that end I would suggest a reread then a rewrite of your last post L.L.
24/04/13 boblet
-7

Oh and boblet .... Advice is spelt " advice " not advise by I suppose that word does not come up on screen during Jeremy Kyle

What a wonderful site this really is full of intellectual comments from experts in there field of " jobless useless layabouts who don't work but like to use the phrase I don't pay my taxes for that " and generally moaning about the police because they are so bitter because its a job that they in truth could not do themselves !

As much as I'd like to stay and chat to you all I do have to go now as unlike you I have to get up for work in the morning ! Good bye tracksuit lovers !!! N

Oh no poor you

Oh and low and behold a police officer to grow a goatie beard and to say " alright mate " to the public !
Maybe the officer did not know that as a tax payer an lord of the manor you should of been greatest with " Hello my lord and master, how may I serve you as I would love to waste my time running around behind a jumped up Pringle wearing tosser"
23/04/13 Hello my lord
0

Here are some suggestions and points to the above article
1 maybe just maybe the police have better things to do without listening to the gripes of moaning and whining of a civil dispute
2 drop the " I don't pay my taxes for the police to read magazines in a petrol station for all of five minutes whilst waitin to be served, it makes you sound like an even bigger whinging idiot
3 if your that bothered about your CIVIL despute with your neighbour why not contact your landlord and ask him to help
4 next time you buy or lease a property why not ask about the area and what your neighbouring landlords are like ! That way you won't have to sit and cry about the police resourcing there units to murders rapes an assaults above your stupid CIVIL despute !!!!!!
5 get a hobby and go out more, maybe even kiss a girl !
23/04/13 I hate whiners
-5

Happened to me that as well,estate agents just want to "do up",the sales image of a house,to get sales ,but more or less you have to negotiate piece with your neighbours yourself,there should be 3 times as many police, all payed less and available on annual hours contracts,so can be got in big enough numbers for just the number of hours they are needed for,when and if needed.
29/11/12 anom
-9

Well freddie if nothing else you are persistent, as I am. Why muddy the waters with librarians/logic. It is not about throwing dirt. The lack of money is just another tree for you to hide behind. Joe public is still being constantly let down by a fat & lazy police force. Use your eyes man, watch the news. After a crime you see them hanging around the crime scene. Great fat @rsed individuals in tight HV jackets. They & their supporters will throw any red herring they can get their hands on to support a corrupt force that has gone totally down hill over the years.
16/06/12 Boblet
-6

I dont like to worry you but i have been in exactly the same position as you but not for 11 months but 11 years. The police admit that they have a file on him and my complaints and yet they have done nothing. But as a woman on her own i am hard pushed to see what i can do and as you say if i were to take action it would no doubt get me into trouble. The man has made my life a missery. He has practically admitted that he is stalking me.. and hes put it all in writing , he has reported me to abusing my son, hes trespassed in my garden and killed plants and trees.. still no luck. My next investment a CCTV then off to the country court to take out a private injunction. And the footage will be going on youtube !!
good luck
16/06/12 Shesrubenesque
10

support, you said "they have let the public down ,thats why their numbers have been cut". That's just simply not true, on any level.

Their numbers have been cut because of a lack of funding from central government. The money to support the service simply isn't there! I don't know if you've noticed but the whole economy is suffering with a lack of money. Are you going to apply the same logic to libraries? After all, they're closing in droves as well. Did they let the public down too! Please, if you want to throw dirt then at least talk some sense. Comments like that just make you seem a bit foolish!
16/05/11 Freddie
-22

Police 'too busy' to investigate a hit and run