If find this so frustrating.  Why do policemen and policewomen drive really slowly on busy roads used by the public commuting to work?

But why are they driving so slow and what on earth are they doing?  Shouldnâ€™t they be at a doughnut shop somewhere or arresting some old biddy for having a toke?  But no, they have to sit in their lane crawling along and clog up the road for around 5 miles behind them! 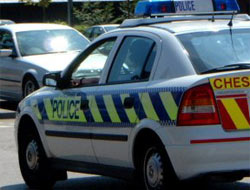 As I said, no one seems to have the bottle to overtake a police car in case pursued and presumably done for breaking some law or other.

Just because the police have power, that doesnâ€™t mean they can stop the rest of us travelling from A to B as long as we stay well within the speed limit.

Iâ€™d just love to one time, drive past them and signal for them to stop and get off the road so that we can all get on and get to where we are going.  But I stay in my lane and crawl along behind them at 50mph same as everyone else.  It's just so frustrating!  Does anyone else feel the same as me?  Are there any police officers out there who can shed some light on the reason for the way they drive?

Yes, a cheap car you were no doubt driving. Who is to say that a motorway police wont tell you off? I remember back in the bad old days when I was driving for a living, police would perform illegal manoeveres jut to get where they wanted in a hurry. My mind is full of these black memories that probably didn't need awakening.

Also, everyone at some point in their life makes a mistake on the highway and will probably not get the leniency they thought they were deserving of. The motorway is full of unscrupulous individuals, many of them wearing a uniform.
02/08/14 collar
0

I was behind a traffic officer once, and he speeded from the red light, in a 30mph zone only to slow down 60m up the road. I was behind him for another 5 or 6 miles, and he repeated this same thing at roundabouts.
Then when we came to a 60mph black n white, he zoomed off yet again, so having a R5 turbo, I did the same, only up to 60 of course. If it was safe for him, it was safe for me!
He then, on seeing there actually was someone behind him, hit his brakes, slowed to 25mph for 20 to 30 seconds and zoomed off again! WHAT A PRECK!
No blue lights, nothing.

I was a police officer, and, a driving instructor, and this tozzer needs to be thrown out of the job. I did take the reg no. And I spoke to his duty inspector, too!

It is one of the few things that the police are good at, driving slowly in a straight line, not taxing their limited energies. (Have you noticed how fat most them are on the telly? the a**e on one policewoman was enormous) It has a beneficial side effect for ordinary legal drivers. The dorks all brake and scuttle I love watching dorks, they think the police are interested.
09/03/11 Cynical Boblet
-14

Sounds in that case that they could be involved in what is called a covert follow, prior to pulling someone for something serious. A covert follow is usually performed by an unmarked car driven by a uniformed police officer. Covert follow is usually performed so as not to blow their cover, and so that the errant motorist does not realise that the Police are already on them. When the required set regulation covert follow distance has been completed, its on with the lights and siren, and your nicked!. The example you site could be a Police Officer acting the part of the bandit car for a training exercise.
03/11/10 expert on police tactics
-9

Never mind about the police driving too slow, what about the ones that fly up the motorway at 150mph with no lights flashing or siren on, what are they up to? They don't seem to be in pursuit of anyone and the high speed training excuse doesn't wash as I've seen them do it with only one officer in the car, if it were training then surely they would have another officer in the car, marking the driver on his performance?

If one can drive well and legally, then demonstrate it, even in front of the police. I remember from my lessons being warned to 'make good speed', so that when you're driving you don't cause undue influence to others, including impeding their progress or causing them to have to avoid you,. etc.

I do often get nervous if followed by police, but that's my problem and for me to deal with. As others point out, whether the police are going slow or full speed, it's still other driver's obligation to ensure that their driving is appropriate for the road conditions and that appropriate care is being taken at all times.

It's not for us to determine why cops may be going slow, whether they're waiting for someone to over-take to nick them etc, it's just for us to let them do their jobs and get on with our lives. I have overtaken police cars on countless occasions, never been pulled over for this reason (I have for others).and hate police driving behind me, close up, in an intimidating manner - that may not be the reason they do it, but it's a reasonable assumption that would be made, as a consequence of such behaviour.
26/09/10 rob
-3

indeed traveling down the A13 one evening a 4x4 police vechile pulled over into the outside lane and crawled a long.within minutes all 3 lanes were stacked up behind him ,not one car attempted to pass them. I was in the inside lane with a large truck up behind me so I slowly increased my speed to keep a distance between my self and the truck behind the next thing I know iv blue lights behind me and im pulled, I spent the next half hour on the side of the road while mr plod went over my car with a fine tooth comb there is no dought id upset this guy by passing him and he made this quite clear he was quite clearly waiting for some one to challenge him by passing him im quite annoyed that this clown is allowed to sit in the outside lane and do this he was simply cousing traffic snarlup for no good reason other than his own
24/07/10 neil
-2

I do not have any problems with overtaking Police cars,especially on motorways,they don't appear to be trying to get anywhere in a hurry,and as far as I can see they don't seem worried at all about being passed.
Of course saying that I suppose I will get a ticket sometime this week now.!!!!
09/06/10 arrawn
-3

they are only driving slow so you pass them and the front mount camera can scan your plates, standard operating procedure, if they go really slow and you are walking or cycling its because they are watching you thinking about having a reason to stop and question or lift you.
30/04/10 bamboozle
-13

I over took a police car today, only for the plonka to then over take me and signal to me to slow down, and then cut me up as it moved back into the second lane. Appalling driving by a so called police officer. They were doing over 70mph in the outer line and did not have there blue lights on. I was livid, as normally I do overtake police cars, as they are normally driving under 70mph. The queue they caused on the M6 was pretty bad!
10/04/10 Dave
9

You can get away with passing police cars at anything up to 80mph on a motorway or dual carraigeway, 99% of them really aren't that bothered/aren't able to determine your exact speed by sight alone. They're more concerned about vehicle defects, insurance, tax, etc than going 5-10mph over the speed limit on a fast road.
10/03/10 Elmo
4

David, where are you coming from, why not just over take them if its safe to do so,if you have
nothing to hide, I do quite offen and give them a smile, what is your problem,no tax,worn tyres or
something in the vehical that shouldn't be.
23/10/09 Thatcham Tony
-7

The police rules actually indicate that they should patrol at the speed of traffic in the slowest lane (unless they have a specific reason for doing otherwise) to allow overtaking and to prevent traffic bottling up. It's not the patrol's fault that other motorists are too timid to overtake. By patrolling at the speed of traffic in the slowest lane they are seen by more motorists and therefore their presence should be seen as more reassuring by more people. If they patrolled at the speed limit bunching would still occur, probably worse. I can imagine the comments that would be made if the patrol sat at 70mph in the outside lane instead. By travelling slower it also allows the officers to observe more passing vehicles for defects or criminality, something I would have thought most motorists would applaud. I suppose everyone has an expert opinion on how the police work and they are entitled to it. However, the police really are the experts in policing and I don't think most officers are as naive, incompetent or lazy as casual observers might assume.
07/09/09 Max
16