I will paraphrase a little to keep the details as discreet as possible but I am griping about an incident which took place over a year ago.

My father, a pensioner, was run over by a hit and run driver halfway across a zebra crossing.  After hitting my father, the driver stopped, glanced over from a distance and noticing the elderly, unconscious man lying in the road with blood coming from a head wound, decided to leave pretty sharpish.

Fortunately, my father is resilient, made an excellent recovery and aside from some additional scar tissue and soreness for a year, did not overly suffer.  In addition, I thought we had a case for investigation as there was a reliable witness, a notary no less, who spotted the registration and a general description of the vehicle which he passed to the police.  From my understanding, the witness did not see the face of the driver or exact make of the vehicle but still successfully noted down the registration details. 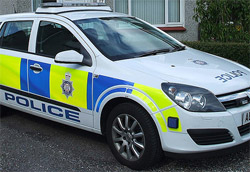 We were astonished at the police's reaction which was to explain they had more important things to do and his case was not investigated.  To be precise, the sum total of the action from the police was to send a letter to the suspected hit and run driver and then consider prosecuting for the lesser crime of not responding to the letter.  In the end, they did not even do this and to the best of my knowledge have not even physically been to the property of the suspect.

I understand that any prosecution is going to be tricky as the driver of the vehicle could claim that someone else was driving or that maybe the notary had made a small mistake in taking down the registration details.  However, the fact of the matter is the police made absolutely no effort at all and this is what is shocking.  If this had been Germany, France or even Kenya, this would at least have been investigated the police, but to do nothing at all...???

By: Getting it off my chest

Interesting comment by GUEST concerning vets in AE. Drunks and druggies take up precious space and waste time in hospitals, so if they want to act like animals, let vets treat them.
14/06/18 Next
1

I see on the BBC news this morning that some chief constable has proposed to employ civilians as detectives because they are 12000 short of the real thing in the UK. Remember the failure of the plastic boys in blue? (very limited powers) I wonder if this is yet another money saving gimmick as part of cuts to police services. It would not shock me to hear that the NHS managers were thinking of letting vets into emergency departments because of shortages.
11/06/18 Guest
1

Cannot get the apporopriate heading but heres my gripe.
The police condemn pedophile hunters as Vigilantes, but without them the police seem unable to catch these monsters. The police then go on to say pedo hunters are interfering in their investigations. (laughable) Most of the Pedo's that are reported to the police are unheared of them. Talk about double standards. Perhaps thats why the police are becoming less and less trusted in the UK. This all smacks of closed shop, if you haven't done the time you cann't be one of us.
10/06/18 Guest
1

V . It is very hard to be circumspect when writing or commenting on a gripe. I can be quite sarcastic, it is my way, I sometimes say a shocking thing for the reaction. I love winding up pretentious twerps or people who make outrageous claims. I am always honest. I do not use hearsay unless I explain that it is hearsay or an opinion. I started out as a visitor, but some twerp started to bully me. I had the option of going back to lurking or take him/her on. I will be perfectly honest here I cannot stand bullies in any shape or form, that is my dilemma. I believe the only way to handle bullies is by giving them like for like.
29/05/11 Boblet
-5

I have answered your diatribe as best as I can my mate. No. No. I am not sure. I don’t know when he retired he might still be working. No. No. Mine is Bob & I live on the Leeds Liverpool at the moment. No comment. No comment.
29/05/11 Boblet
-12

Was it commissioner Dave and did he bend his knees a lot and say " hello, hello, hello "?
How many years ago was it that he drove his little blue van? He would've been retired at least ten years ago. Did the Cheshire police let you down by not finding the two shillings you lost outside the sweet shop?
Was it Fireman Sam who wouldn't put out your "friends" van?
Is Boblet your real name?
My real name is Steve and I live in Berks. Where the police have just arrested dozens of people in raids over drug dealing which is a waste of time cos' I don't use drugs.
I'd much rather they did a stake out to find out who graffiti'd BUM on the side of the bus shelter.
29/05/11 Boblets mate Dave
2

Boblet's best mate. Tramps rummage through people's bins and the Freedom Bill says you are not allowed to do that anymore, thank David Cameron for that lol.

Boblet I am v for visitor. What you said reminded me of something an officer who said to my neighbour a couple of years ago while I was with her that they beat people up and he made his hand into a fist to show what they do to them.
29/05/11 v
-1

Just to set the record straight. The copper who told me that they do not investigate crime was a Cheshire copper. The meeting took place in Cheshire it was about how I and my family had been let down by Cheshire plod. The meeting arranged with Dave was a sop to me. I had been put of for months trying to arrange a meeting with a senior copper named Fahey. It was pure coincidence that I knew Dave from earlier days when he was a village copper in his little blue van. As for posting under different names, I detect a certain poster beaten at the front door now trying to use the back one he must be a switch hitter
28/05/11 Boblet
-3

The problem being that the police harrass the innocent and protect the criminals.
28/05/11 v
-5

You were right Bradistan is Bradford. If a senior policeman told Boblet that they do not investigate crimes then it explains why there is such a crime problem in Bradford which has been on the international news every week for some major crime. Rather than asking Theresa May "do you sleep a night?" they should concentrate on Bradford becoming the crime capital of Britain.
28/05/11 v
-5

Not the sharpest are you v ? look back at previous comments by Boblet about using false names and you might just get it , or maybe not. Why would anyone use their real names on here ? is v your real name ? Why don't you ask Boblet where Bradistan is ?
Argument, what argument ?
I'm sure Boblet can answer for himself when he has spent an hour or two trying to think of a good comeback.
However I feel it may take you even longer !
28/05/11 v is Boblet's mate now
-3

What business is it of yours if Boblet is his real name when you don't use yours? When you use 'Boblet's best mate' and 'Not really your mate cos you won't have any' to reply to him then you are being sly and derogatry because you lost an argument.
28/05/11 v
-6

Do try to keep up v, read back on the previous posts and you might understand, or maybe not.
28/05/11 Boblet's best mate
4

Why wouldn't they send a cop who is close to retirement to what you might class as a minor incident? And no I am not Boblet. And why do you want to know if Boblet is Boblet's real name when you don't obviously use your real name. Is there one rule for Boblet and another rule for else?
28/05/11 v
1

Struck a nerve ? your resopnse makes no sense whatsoever and doesn't answer my questions at the same time.
v, your rambling doesn't make any sense either, do senior policemen really attend burglaries or is that made up as well ? how ironic that you quote inarticulate tramps.
Is Boblet really your real name ?
So many questions, so few sensible answers.
28/05/11 Boblet's other mate
29