I would like to gripe about Payment Protection Insurance (also known as PPI).

It has come to my attention that PPI is nothing but a scam.  Over a decade ago, as a young man, I obtained my first (and only) credit card.  I was instructed by the bank at the time, that PPI would be essential for me, to be sure my payments are covered in the event of any problems with me being able to pay back the money each month.  I was never given the option of not having PPI, nor was I told clearly what the terms and conditions were.  In short, I was mis-sold it.

So why do I suddenly think it's a scam?  Because I've opened my eyes. I've realised that quite simply, it's protection money.  It's no different from big scary gangsters aggressively playing on your fears to extract money from you.  They scare you witless with talk of disastrous scenarios like "critical illness" and "redundancy" and make you feel stupid for NOT buying this so called insurance.

But I've done some research and found the reality: Only a tiny fraction of PPI subscribers ever actually make a claim, and of them, only a tiny fraction successfully get a payout.  In short, it is useless, and you'd be better off putting away some spare cash for such emergencies in a proverbial shoe box under the bed!

I've written to my credit card company telling them I wish to cancel my PPI cover, as I was mis-sold the PPI cover and I want a full refund of all payments they took off me since I've had the account.  This may sound absurdly optimistic, but before you laugh, Google it.  A lot of people have done this, and got a good result. 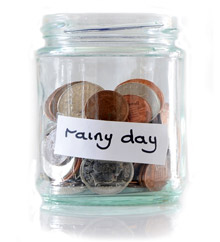 I also had PPI as a separate policy connected to my mortgage.  This, too, I came to realise, was useless.  So many ifs, buts and maybes in the event of a claim, that it would be almost impossible to get them to cough up, if/when I needed it.

Every last trick in the book is there, from a 3-month deferment period, to exclusions if you're deemed to be in a risky industry, to invalidating the policy if you do so much as a single hour of paid work after redundancy, and a whole raft of exclusions that would invalidate the majority of claims.

I could almost be lazy enough to let it go...

All of which, I could almost be lazy enough to let it go...  Except that recently, they wrote to me out of the blue to inform me that due to the "economic downturn" they've had to increase my monthly premium by 100%.  This was the last straw, and I've cancelled that policy as well.  (Although they did not show the courtesy of replying to my cancellation email).

More web searches relating to The Great PPI Rip-Off have revealed shocking results and made me feel rather silly for ever falling for it.  If you have PPI or are thinking of getting it, I strongly suggest you do a bit of research before giving them a penny.  If something seems too good to be true, it probably is.

In summary, PPI is just another dirty trick by greedy financial institutions.  I'm not falling for it any more.  It's better to save up my own personal "rescue fund" in a safe place, so it's there as and when I need it, no ifs buts or maybes, it's mine and I can get to it whenever I want.

PPI really is P*ss Poor Insurance.  I just wish I knew this years ago.  But I will save myself thousands in future by walking away from it now.

By: Ripped Off Email:

I any one needs any help with ppi's please feel free to contact me lee@winnersandwinners.com
07/09/09 no_need_for_ppi
-5

If there's one good thing to come out of this recession, it's that people are waking up to these kind of blatant rip-offs. There's nothing like a bit of penny-pinching to make us look over our bills and credit statements with a fine tooth comb. Only now did I notice on my credit card statement, the words "Payment Protection" and thinking "Do I actually need that? What is it?" because I was trying to save pennies. I am appalled with myself for not picking up on this earlier. But it seems there's thousands of others like me, waking up to this, and the Financial Ombudsman apparently is now swamped with PPI complaints to the tune of 800 per week!
27/05/09 Ripped Off
-10

I bought a sofa a couple of years ago off DFS. It was only £500 and we were going to pay for it then when I decided I may as well take out their 6 months defect for 12 interest free option and keep the interest myself. I has a screening baby at the time and was a bit casual when filling in the forms. Last month after paying it off when trying to make a claim for the scotchguard treatment (which I now doubt has been applied when comparing it with my carpet that has got it on) that I noticed that I had signed a form saying that they recomended that I should take out the PPI even though I told them we had savings and two good incomes. I worked in the finacial sector and basically the fact find would always recomend selling the PPI regardless as they obviously get commison from it. My mistake for not noticing has cost me £70 for nothing. I'm off to DFS to make their management sweat.
26/05/09 Dodgy DFS salesmen.
24

It never ceases to amaze me how people are so easily duped by the large financial institutions. Time to wake up and smell what's going down.
22/05/09 J
13

All financial institutions are there for one reason - to make money, even via scams. It's the same raw deal with breakdown insurance on some retail goods.

Follow a wise course (as many proponents do) of the sagely advice published in a well-known book: Set aside 10% of everything you earn.
22/05/09 Owl
4

There is insurance for everything now, and we can't be expected to afford it all. It's better to put a bit of dosh away for the unexpected rather than pin hopes on these silly insurance policies, that as you quite rightly say hardly every pay out. PPI Total rip of indeed.
20/05/09 me of course
-9

I agree PPI is a rip off for how much they charge.

The premiums charged are worthy of being at high risk which they aren't, so it is a hyped-up premium to rip customers off which is more likely to fool the many who aren't very good with evaluating.

They try to sell it by stating the worst possible situations which are very unlikely.

They think many don't realise this, so if you didn't then now you do and please don't fall victim to these hyped-up premiums based on false risks.

Tell them where to go when they give you the spin and if you remember, ask why the monthly protection is based on the balance when the balance isn't what is being protected - they won't like that.
20/05/09 Evaluator
2