I am disgusted with the way that Lloyds Bank have treated me as a customer.  I have been banking with Lloyds Bank for nearly over 10 years and have had no problems with them until recently.

I received a new cash point card from them only to find that it wouldn't work on the usual cash point machines that use.  After contacting the bank, they informed me that as from now on my account cash point card could only be used at Branch cash points.  If I wanted I could get a chip and pin card which would allow me access to my money wherever I wanted.

I promptly agreed and waited for my card.  When that came, I still couldn't use it at the usual cash point machine and when I used it for my shopping I had to sign my name on the back of the receipt.  So much for chip and pin!  I contacted the bank yet again and was told that although I could use this card at chip and pin facilities, I could still only get my money from branch cash points.  Not much use if you need to check your finances and the nearest bank is 15 minutes away from the shop.

I cut my card up and decided to stick the first useless cash point card that I had.  Then I discovered that this card didn't work anymore because no one explained to me that you could only have one card.  Oh the choices a cash point card (that you can only use at branch cash points) or a chip and pin (which you still have to sign for the transaction). 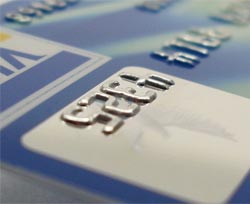 I decided that the easiest way to get my money from Lloyds Bank was to transfer my money via on-line banking into another bank account and that way I could access it from whatever cash point I chose.  I set up a straight transfer for the sum of £12.00 and waited for the transfer.  Nothing happened because the bank had charged me and they made my account overdrawn so I therefore couldnt transfer any funds!

Then I received a letter telling me I had insufficient funds in my account to pay the standing order of £12, they were going to charge me £20 charges and also try and send the money again within 28 days!  I rang the customer helpline (0845 number) and explained that I had not set up a standing order, but a one off direct payment from my account to another personal account, so why was I being charged £20?

Apparently with Lloyds Bank, as soon as you set up any kind of transfer, be it direct debit or straight transaction, it is then classed as paying a bill it is automatically treated like a STANDING ORDER.  You then get charged £20 if it doesn't go through, even if it was the bank that put you in arrears in the first place!  It doesnt matter that the details of the account you are paying into clearly state that is it a personal account (mine was labelled mums account); it is still a bill and therefore a standing order.

I personally feel that this is a misappropriation of definitions and a misleading way to run any kind of banking system.  There are no warnings stating that transfers are treated as standing orders.  In fact anyone who banks online will know that there are three links to send money.  One is transfers and payments, the other is direct debits and the third is standing orders.

This form of charging is I feel is a cheap way to get money out of the unsuspecting customer and in my case where I have the most basic account, its just a rip-off.

0845 - Fairy Godmother Thatcher Number. How dare the credit card companies, banks, and other finaacial institutions use this so-called enquiry number. Why am I made use 0845 to pay a credit card bill? Why do I have to use an 0845 ever? 0845 is a bloodsucking monstrosity of a number.

Please don't excuse these sheits by telling me I have to find the so-called geographical equivalent number. Why? Contract Law in thsi country should ban these companies from sucking our blood.

I have discovered how to avoid ever paying a bank charge

I was recently charged £18.50 for an over draft, how`s that for a rip-off? no wonder bankers can afford to award themselves massive bonuses.
13/04/11 hairyfairy
-14

The section will show you how to pay money into your bank account using pre-printed slips found in your paying in book or in the rear of your cheque book.
Click on the instructions below the paying in slip to see how to complete a slip and pay money over the counter into a bank.
05/07/10 minnie
-7

I went home in the philippines...i tried my lloyds cashpoint card with all the banks here in the philippines but it didnt work...now im stock here without money! why did you give me a card which I cannot use?you said it is used international but why it didnt work? please do something about it as soon as possible!
30/03/10 bennie
-10

I have been trying to find employment for the past year to no avail. Iam 59 years old with a wealth of working experience.I and my wife are on job seekers likewise my son who is 25 years old cannot find suitable employment in the field of his knowledge. Our combined income equates to 320 pounds per month.Job seekers pay direct into my account. Over the past couple of months,i have been short of 6 pounds and most recently 28 pounds. I have been charged 20 pounds on both occasions penalty fee.My question why can they not give grace knowing the funds are regularly deposited.I cannot be helped if payments from job seekers always not on time to cover my debit order.Lloyds told me they are not prepared to assist me and that if it was 10p short they will still penalise me for 20 pounds. How do others like myself cope with these absorbent fees?
06/08/09 French Ninja
-6

My dad died and the bank therefore automatically closed his account. The direct debit to Talk Talk was therefore cancelled by the bank on 8th July. They wrote to him on 17th July asking for Â£23 and with a threat to cut off the phone. I contacted them to request a new mandate in my mothers name to be sent out and explained that she is hard of hearing and 81, so don't contact her by phone. Had to phone again the next day because they persisted in phoning her. Told the paper work would be sent out and that she would not be cut off and that she could resolve it all. 23rd of July she is cut off- no paper work has yet been received it could take up to 48 hours for reinstate the phone. I was told that they will cut off after ONE missed payment because we have had a service that we have not paid for and that we did not request the new paper work early enough. My husband paid the outstanding balance over the phone on his card as this was the only way to get the phone reconnected. It could still take 48 hours they did not even offer to give her priority . I cannot believe that an elderly and vulnerable person can be treated like this and cut off from an essential service. Tbey even asked me to give me her bank details over hte phone to set up the new mandate once she had been cut off. I explained that I didn't have them and couldn't contact her, as she was now cut off!
09/01/09 Anonymous
-1

I have had to cancel the ones that I have had because I have discovered that there is one major telecommunications company (which I will keep nameless) have been withdrawing money from my account on other days than those that were originally requested.

As convenient as they may be, I do not like the way that they have access to your account and could possibly be open to abuse by a more unscrupulous member of any given organisation.

At least, without these, although you normally incur a "non direct debit fee", I would sooner incur that and be able to keep an eye on my money and see it physically leaving my hands.

You poor thing. Stop whining!
Things like this happen, alot going on in the world of finance and your not the only one whose having problems.
So shut it lol
22/11/08 ather
7

Sorry to hear that Tippairie but the banks have to make money somehow the Royal Bank Scotland Charged me £37 00 for being 98 pence over drawn I only clear £55.00 a day in wages ---now redundent after 33years at a company taken over by a US company
05/09/08 Mr Scrooge
-14

And Sign! And what about removing logos from TV channels as well
01/03/08 Angry Engineer
6

In Australia, a much bigger country transfers take place on the same day!
The uk banking system is fat, lazy, monopoly exploiting a Dickenisan model in the 21st centuary. I can wait to emigrate or set-up my own bank.
01/03/08 Angry Engineer
-8

just a few answers to replies

Quote
My advice, if you don't have the cash, don't buy things you cant afford. Then, when you do need £12 for essential shopping then transferring from one account to another would not be a problem!
Reply
I did have the money otherwise I wouldn't have tried to transfer it.Lloyd's went in and took their money first leaving me with a minus balance.

Quote
And of course you've closed your account and gone to another bank..............bet you haven't 'cos you're not actually bothered enough about it to do that?
Reply
I withdrew all my funds from my account,stopped all my money going in (wages etc) and contacted the complaints department for Lloyd's TSB.I am still awaiting a second response after they contacted me and said that they would take a little bit longer than the usual 2 weeks notification period.Close my account?I can't until they close my complaint.

How I run my account is basically the best way that suits me,be it close to the wire every month or on a strict weekly budget.Whichever way I run it,I still do not agree with Lloyd's TSB treating my account as a take the money and run operation.If they are going to take charges they should give an exact date,not leave it to a lucky dip.
I don't mind constructive criticism but it sounds to me like sid,Lloyd's tsb (what a nickname huh!),and ste pre-suppose too much and maybe work for the bank in question?

P.S.Sorry about the delay in replying,I'm just not that sad to sit on this website all the time.
23/01/08 tippyairie
3

Online banking is a nightmare when it comes dealing with logging on or calling the remote call centre. The banks have made online banking completely un-user-friendly with questions when you call that tax the mind and which are vastly more complicated than "who wants to be a millionaire": memorable names which one juut cannot recall, memorable dates that have slipped long into the obscurity of history. Then customer numbers, then account numbers, then sort code number and the third and seventh digit of a PON number or password which you have long forgotten. Did you pass the security test? No you didn't. You would need a first class degree in mental arithmetic to do so.

Banks which insist on this nightmare I will close my account with no matter how good their interest is. The whole logging on procedure has to be simplified.
06/01/08 Security test failure
5