This is my Monday morning thread about being employed, so if any of you here are in full time education then read on and listen to all the problems that a working life has offer!

The thing is, we need the money for food and bills and if you got them our little monsters!  Many of the regular semi-skilled and unskilled jobs today really don't cut the mustard, especially when the average wage is less than £6 an hour.

This works out at just less than £10,000 A year, so how can anyone be expected to live on that?  I'm taking home just over a grand a month, which probably sounds like a fair amount to a student or someone who has just left school.  But I can assure you that once your accommodation and bills have been paid, there isn't really much left to live on let alone go out socialising.

Okay so youre not earning a lot of money, but take a look at how much of your precious time is given up in pursuit of this meagre salary.

Most people in full time employment work an average of 40 hours a week.  If you then add to that time spent commuting, say a couple of hours a day as most of us have to travel at least 3 miles to get to work.  That brings the total to 50 hours a week (10 hours a day) of work-related time.

Let's assume you start all this at 8am and get home some time between 5 and 6pm, and you plan to go to bed at a respectable time such as between 10 and 11pm.  That only leaves you around 4 to 5 hours each night to eat, wash, enjoy your hobbies and actually live.

But wait a minute, what about that accommodation? 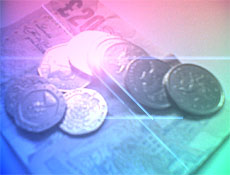 House prices have reached the point now whereby first time buyers have to have part ownership with the council because they're unable to afford the house on their own.  As buying a house of their own almost impossible, many youngsters stay at home living with their parents longer than they used to.  Whilst they are there, they are earning more but they aren't really saving for that rainy day.  What they do spend doesn't go as far as it used to.

As you can see it's a bit of a vicious circle.

Add to all of the above the steady rise in the cost of living, the increased unemployment and the lack of new jobs.  It's really not difficult to see how miserable 'the working life' can be.

Bottom line, were over worked and under paid so it should come as no surprise that some people decide to scrounge of the state!

No Samson, there isn't! There is dignity in freedom, sitting at home doing feck all is not a criteria for welfare, but having time to pursue our own interests and ideas rather than falate corporate interests for pennies an hour is just common sense. But please continue to throw your labour away for such undercut prices, someone's got to...
03/11/14 Dave
0

Work ethic wrote
"There is nothing to be proud about working minimum wage doing the work of a moron.
Also there is no certainty you will be better off financially."

There's certainly a lot more to be proud of in that situation than if you're sat at home doing feck all and taking a state handout.
04/09/14 Samson (Delilah's too busy to post)
0

A rider to my last post. I was struggling to make ends meet at one stage of my self-employment. I applied for a part time van drivers job. The interviewer asked me to fill in an application form. He read it through in front of me, then he sneered, you haven't worked since ???. I retrieved the form and pointed out that the question was. What year did you leave your last employer, M??g?n R??r?cto?ies. I had been self-employed for some years by now & felt that the interview was going nowhere so I stood up and left his office. On my way out I informed his secretary that she was working for a true @rsehole. Honestly, I felt really great.
04/09/14 boblet
0

What a wonderful country, we have just taken on the Ebola virus & won. I have mostly been self employed in the engineering industry, So my advise to the unemployed is "physician heal thyself" if you cannot get a job, make one. You will feel great as a self-employed person as opposed to an unemployed person. My partner Sues has just read this post & took me to task. She says, not every one can be self-employed. OK I accept that. However all I am doing is recommending what I did. Self employment is brilliant.
03/09/14 boblet
0

There is nothing to be proud about working minimum wage doing the work of a moron.
Also there is no certainty you will be better off financially.
03/09/14 Work ethic
0

But it is more though isn't it?
At least by finding employment you now have a purpose to your day, something to be proud about, have made available funds for those who need it more and to top it all you're better off financially! I'd say thay you're in a better position now than you were.
03/09/14 Samson (Delilah's too busy to post)
0

F*ck care and it's sh!t wage

yeah those human rights tossers are responsible for turning this country into an easy target for scumbags and refugees from all over the world!
07/07/14 Dead and Buried
0

@Collar, I think you'll find that most of 'em get it paid straight into a bank account these days, rather than a giro - You're living in the past, pet.
06/07/14 Oink. oink say's piggy
0

Maralade, I'm glad you mentioned Boblet, you also must be impressed with his down to earth approach. His gift is the way he can quickly determine the wheat from the chaff on this site, or, more succinctly put, 'oinks and tossers. Just saying.
05/07/14 Jethro
0

The trouble is I don't want to work for anyone horrid whatever the pay, but it makes it easier if the remuneration is a doable one. The trouble with this is everyone expects a half-decent wage and the trouble there is that the Englishman is long since past caring. After two years in human resources I think I am qualified to say that, and the dole queue has proved to be a poor alternative. The social security payments in the form of a girocheque does not really have the power that was offered originally and has given it back to the landowners and wealthy, That is the problem that everyone on here is overlooking.
05/07/14 collar
0

@Jethro I didn't expect you to answer my question (which to be fair, was mostly rhetorical) nor did I expect you to elaborate on the casual insults you throw about.
However, I am delighted at being called an 'oink'! Oh dear, it's never a wise move to leave the safety of 'Boblets's' apron-strings and try to post like the grown-ups, is it hen.
05/07/14 marmalade
0

marmalade, Just had to be an angry little oink didn't you. And for your information, it's the "human-rights tossers" that have got this country into the state it's in now. But that's all changing, and that's what is upsetting "Tossers" such as you.
05/07/14 Jethro
0

@Jethro you are probably right and nothing will change. However, if there were more people like The Bulldog, and less of the toe-the-line types of fawning yes-men like you, then things might change. Incidently, why does your type always label the Human-rights judges as 'a bunch of tossers' What about the work they do in fighting human trafficking, torture and child prostitution - or is that just them being meddlesome do-gooders? Just saying.
05/07/14 marmalade
0