I have really just about had it with politicians!  They are supposed to lead by example and represent those who voted them into power, but what do we have instead?  A bunch of power crazy, corrupt, money grabbing, lazy people who will do anything to screw the tax payer out of a few more quid!  Sounds to me like a lot of other gripes on here that complain about the people in society who don't work for whatever reason!  No wonder some people are cheating to get more benefits, 'playing the system' to work as little as possible and get as much money as possible - those who supposedly run the country do it!

My sister had an accident a few years ago which has left her with permanent injuries, which means she needs help with some day to day living tasks and uses a wheelchair.  I have a bungalow which I rent out to pay the mortgage as my job comes with a flat, a sound investment.  So, when my sister came to the point where she can live semi independently I offered her the bungalow to live in, she accepted and moved in.  As she is unable to work at the moment due to the complexities of her injuries and the problems they have left her with (unstable epilepsy being just one), she applied for disability benefit, which she was awarded and housing and council tax benefit. 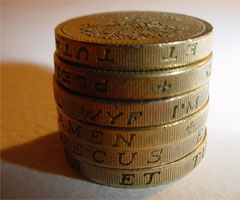 The council tax benefit came through quickly, but housing benefit - oh no!  As I own the home she is living in, apparently because I am her sister, I should let her live there for free!  Now, I would gladly do this if I could afford it, and indeed, we now scrape by scrimping and saving for the mortgage payments between us each month.  We were told that quite a few people use it as a scam to get the benefits system to pay their mortgage and for their house.  I can see this happening, I really can, but how is it any different from a tennant I don't know living there, claiming benefits and paying me rent?  My mortgage still gets paid from the benefits they claim doesn't it?  But because I'm not related to them then that's ok?  Rules are rules though, so we put up with this and carry on with our lives.

However, I then see on the news and read in the papers that politicians claim SECOND home allowances for homes they hardly use that are owned by their daughters, sons etc.  How can that be?  Surely these politicians are doing exactly the same as my sister and I tried to, why are they allowed to do this?  It really made my blood boil to read how various MPs had been caught claiming for places they never used as a second address, other than to say it's owned by a family member.  No mention that this isn't allowed so I presumably at the time this was quite okay.  This to me is a disgusting example of double standards!

And don't even get me started on the guy who put his DUCK HOUSE on expenses!  Come on Britain, what's going on?  Why do we allow the government to walk all over us like this?

By: 'Buck' the system

When a MP loses there seat or retires, the second house were they live in london should be used to accomidate new mps or the house should be sold and any equity given back to the treasury
27/12/12 a
2

" If you were a politician, wouldn't you take advantage of something that comes under government policy, regardless of the fact that it came out of our pockets? Politicians are allowed to claim on expenses, so don't blame them, blame government policy."

I blame both - but in particular the MPs - whatever they were allowed to get away with, surely more of them should have been 'straight' enough to not even consider claiming the stuff they did. What disappointed me was not that some MPs were overclaiming (every sector will have dodgy people), but how few WEREN'T involved. My local MP was one of the handful (literally a handful!!) who did not claim for accommodation, yet lots of them come from areas where many of their constituents commute to and from London every day.
06/01/11 ladylouise62
1

You know what? Those big overgrown, overstuffed overrated and overpaid drunkard MPs are worse than the worst of council estate trash! At least the council estate ilk knows their place! These spoilt MPs steal our money and lie to us and think they are better than we are all at the same time!
04/01/11 Judith
-10

Funny thing is now the electorial dust has settled many are still at it. A few lost their seats perhaps because they realised they might have been lynched for trying, or maybe because they could not find another party to take the cost and risk. Others have replaced those.
It is a scandal so many were re-elected.
At the end of the day we still have the same number of MP's all grabbing all they can and an ongoing cost of policing their claims.
Will we ever learn??
19/10/10 Marsh
-3

most politicians are bent Conservative/librels or labour , talk a lot of crap, country gets into more debt ...so they print more money to save face...we barely produce anything, and do not export hardly anything...we're a landing strip for american planes to go on further waging war against countries with oil resources which angers them, whilst the socialist media smile through gritted teeth and promote diversity and political correctness. Politicians need to bring all soldiers home and stop raping and invading countries with oil and strategic military points. Politicians are scared and easily corrupted by financiars. We went to war on a lie..Why?..palms were greased. Who wins?...politicians and financiars greed..and your squaddie, if lucky has one arm left. Land of hope and glory? Its a hollow victory.
06/10/10 manalone
-11

Ginge? the politicians are the Government and they make the policy. Last week they made another policy and awarded them self a £1000,00 pay rise. The best one was a week or two before. They are going to help old age pensioners who cannot pay there council tax by ALLOWING them to defer payment against there homes. A.K.A steal there homes. The point I am tryiny to make is that they do as they please. Oh hang on, they made another policy a few months ago which means they cannot be tried for treason. Ain't that a shame. they are 22 scum ginge. Lol how many of you are thinking " I did not see that on the news"
18/03/10 Aleedsfella
-12

If you were a politician, wouldn't you take advantage of something that comes under government policy, regardless of the fact that it came out of our pockets? Politicians are allowed to claim on expenses, so don't blame them, blame government policy.
18/03/10 ginge
-2

If you mean send convicted murderers to Afghanistan then no I don’t agree with you.

You want to equip murderous scumbags with powerful weaponry and the training to use them! Great idea!

These criminals are by definition irresponsible, lacking in care for others and have no discipline. They would probably run away under attack and not back up their comrades, even more of the real soldiers would be ki11ed.

What makes you think they would not go AWOL? Having trained them in weaponry and martial arts you would then be rewarding them with their freedom to continue their lives of crime.
12/11/09 Smithy
-5

Does anyone agree with me. 1. MPs shouldn't get rise as they don't deserve it 2. the news of all the soldiers k1lled at war why not free the ones in jail who have ki11ed and let them do what they love in jail they are well looked after, fed, cleaned etc., which they shouldn't be. does anyone agree?
12/11/09 Jacqui
-7

a pissed off davy edd

I hear some of these MP's want a payrise, well I think they should have their attendance records published, along with their contributions. If you watch Parliament TV, most of the time the place is pretty much empty!!!
06/11/09 Kev
-8

They want to pinch your disability allowance, and plunge you over night in to poverty and up to your eyes in debt.
And as they continue to disgrace and humiliate the disabled of this country.
What do they do well I will tell you they get court with there filthy sticky fingers in the taxpayers till. Yes thats right while they are plunging us all in to poverty they are pinching left right and center and all they have to do is say well I got court so I am sorry?
Sorry what for not because they are ashamed of what they have done, no they are sorry they got court with there sticky fingers in the till.
23/10/09 get it right
-6

Compensation for devaluation of property only fair