It really bothers me the way people are blaming the police for the death of that innocent Brazilian electrician last week.  After all the bombing scares that have been going on in London recently you'd think people would know better.

I do think it's a real shame what happened, but you can't really say the police have done wrong?  He may have been acting suspiciously and they did shout at him to stop, despite having sound knowledge of the English language he decided to run which really was a very silly thing to do.  Why did he run?  I mean, if you were in London and someone shouted out "Stop" what would you do?  My natural reaction would be to stop and look at who shouted out.

I wouldn't want to take any chances and be caught up in the middle of a potential situation the underground or anywhere for that matter, would you? 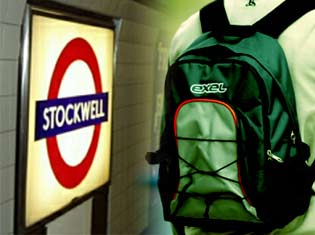 I think the police were right in the action they took as they can't afford to take any chances and gamble with public safety. They had a split second to make that decision and must have been under an great deal of pressure.  It's just a shame that it was an innocent person in this case.

A serious mistake.  To me, they only proved that they are doing they're job right and are trying to avoid a repeat of what happened on that dreadful morning.

I think JC is a Tory deep cover agent planted into the Labour party to cause as much damage as possible, and judging by the level of intelligence within, even JC is amazed with just how much stupidity and idiotcrcacy he's getting away with.
16/11/15 Next
5

Jeremy Corbyn says he is "not happy" with UK police or security services operating a "shoot-to-kill" policy in the event of a terror attack.

would you be happy to be shot dead innocently, so that the police could 'prove they're doing their job right'
02/02/11 anon
-7

TRIGGER HAPPY IDIOTS!
Look what they did to john charles?
bunch of wasters on steriods!
31/12/10 tell them
-8

You are a Cnut he didnt run and the old bill did not.give a warning in English law that negligence that is.so.searious that it warrants punishment is called manslaughter however good the intention of Plod was he negligence was so serious he needs to be punishedt
25/11/10 up urs
-13

The "bomber" that got his brains blasted out with four dum-dum bullets at point blank was dressed in a T shirt.

The police lied constantly about everything. All the witness statements did not corroborate.

If he really was a terrorist with a hot bomb, do you believe for one second he would not be armed with a "dead mans switch"? Let go and boom!

No, it was murder, pure and simple. They ki11ed him so they would not be publicly humiliated. Instead, protected.

All coppers who kill on the job are protected.

Name me ONE police incident where a guilty man was shot? You cannot because they are not Judge, jury nor executioner..

sounds like you are lacking in the old basic intelligence department Mr, not that you should know that so thats ok you cant help yourself..
03/05/10 whoyou
-15

No one ever looks at it from the Officers' side.........it's less than a month after 7/7, it's the day after an attempted repeat and they're told theres another suspected suicide bomber about to attack innocent people. They've got families and friends and hopes and dreams, yet they STILL run after someone all they're intelligence and instincts tell them is about to blow himself up? Right or wrong, they're still heroes in my book! As for being trigger-happy shooting him, what, 15 times or whatever it was? That's the entire point, you don't shoot terror suspects to wound, you keep shooting until there is absolutely no trace of activity in the nervous system - the whole key is to completely obliterate any spasming that can induce a detonation. Bravo to them on a job well done! Just a shame the chap was subsequently found to be innocent, but personally I'd rather take THAT chance than run the risk of many more innocents being ki11ed.
10/03/10 Elmo
-5

before posting something like this and forming such an ignorant opinion you really need to get your facts straight.
10/08/09 anonymous
-5

armed police for sale to scrapyard, offers considered, free shipping by sea to the end of the earth...
24/04/09 bunch_of_copsuckers
-8

message to justarealist.... get a brain and reality check, stop brown nosing corrupt coppers. Menendes was murdered.....these coppers will get theirs....you reap what you sow.
27/02/09 getreal
-3

the man was unlawfully killed certain people who choose to join the armed police are not there to risk their lives to protect the public they do it first and foremost because they love the adrenalin and power. The police have also lied and failed to cover up for their own incompetence regarding the shooting of menendes at Stockwell anybody who sucks up to corrupt cowardly coppers are low life
15/02/09 chris
-11

Happy slapping thugs should be jailed