Apparently some people at work are quite happy to skive off at every opportunity and do as little work as possible, looking busy only when the boss appears leaving you to take up all the slack.  It's not fair, it's not right and I can't imagine how these individuals ever understanding the notion of job satisfaction.

It doesn't matter what job you do, but if you're supposed to be working in a team or working in some sort of cooperative arrangement where the workload is shared then it's up to each of your co-workers to do their share and get the work done.  As it happens I'm doing a fairly menial, labour intensive, low paid job at the moment but I've seen exactly the same scenario when I worked in an office.  The only difference being the slackers were paid a lot more for doing as little as they possibly could, and in this case those of us who are doing more than our share are more physically tired.

The lazy ones where I work just now are a bunch of young lads in their late teens or early twenties.  They (actually it's one in particular) come in for work in the morning mostly on time, but not always, yawning and rubbing their eyes like they have only just woken up, mumbling about needing coffee to get going.  It's tough because we start at 6am and I'd understand completely if they pulled their weight when they were there but they don't, so all this I'm so tired nonsense just irritates me.  I'm tired too because I do another job after this one.  By the way I'm not saying all young men are lazy or that the skivers are all young lads.  I'm sure laziness isn't related to gender in the slightest. 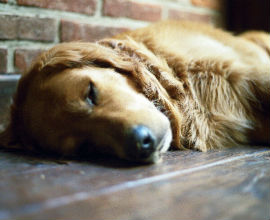 Break times with these guys are a nightmare because we've got to cover each when someone leaves their station.  They're very prompt when it comes to leaving for their break but not quite so quick coming back.  A couple of minutes here, a couple of minutes there.  It doesn't sound like much but it all adds up at the end of the week and whilst they're taking their time getting back, guess who's holding the fort making sure everything is still running smooth?  I don't complain or moan at them for this.  But I do resent them for it and I'm not going to go and have a moan about them to the boss either.  No need to because my lazy co-workers will get caught eventually anyway.  Things have already been noticed.

I believe in doing a job to the best of my abilities regardless of what it is or how well I'm paid for it.  There's not much work going around at the moment so I'm actually glad to have a job in the first place and be able to earn some sort of living.

Has anybody else noticed that in their workplace there is always one or two or individuals who frequently bang on about the wonders of "teamwork"? I have almost thirty years of workplace experience and have observed that it is always the most lazy and or incompetent persons who do do so.
12/07/13 justfineonmyown
-4

Mitch you are a complete mug!!! you dont get what the other are talking about now go and crawl back under your rock
21/07/11 unhappylady
-6

oh the age old gripe, god this is going to feel good!
we have one of these people i our place. shes lazy, sloppy, poor hygiene (im a cook). the thing is the deluded woman thinks that infact we are all lazy and that she works hard and that she should get a payrise! its ridiculous! not only that, our boss gets fed up of us all complaining bu wont say anything because hes too soft, too scared to have a go at any of us. so hile she leans against the wall scratchin her behind, the rest of us are running round like idiots and she gets away with it!
13/07/11 unhappylady
-8

Ha ha haa. Grumpy makes me laugh. "I too work very hard" Are you sure? You seem to have a lot of time to make negative comments on this website on pretty much every gripe I read!

A Company Woman to the bitter end. "But I also work smart as well so that maximises value in minimal time" Pure Corporate nonsense at it's finest!

I know this sounds bitter and I do dislike people having a go at other people via the internet so I may be labelled a hypocrite but on this instance, I just had to say something.
13/07/11 Livin' it up
-10

Conor, you missed my point entirely. The main point that you put across was not the most important - for you, that is. Being ripped off by your employer is far more important than worrying whether a co-worker sneaked back from lunch a bit late.
13/07/11 Grumpy xx
-24

yeah sorry the first bit wasn't related to the topic it's just something that bugged me. But the main point I was trying to get across was even my co-workers who are supposed to be doing their jobs are not doing them and I end up having to do it.
12/07/11 Connor
-4

Connor, what you describe isn't remotely related to the topic at hand above: that you are being taken for granted by employees who are too lazy to put in a full day's work. What you are describing is something quite different - blatantly illegal behaviour by an employer - being paid under the mimimum wage. You are lawfully entitled to the legal minimum wage, which I believe is Â£4.92 (between 18-21 years old) and you should sue your employer for paying you under Â£4.00 ph. Get in touch with the 'Pay and Work Rights Helpline' to get the ball rolling; or alternatively get in touch with HM Revenue and Customs to investigate the matter for you. Now that you've found a much better job, you can rest easy that your former exploitative boss won't make you suffer more for complaining about your hourly pay by giving you a lousy reference and making you unemployable.
11/07/11 Grumpy xx
-16

I can see where the author is coming from. I've just quit a job because I was working for under Â£4.00 an hour, I'm 18, this is way under minimum wage from what I'm aware of. I wouldn't mind if it wasn't just me being paid this, but after asking others (Some younger than me) they seem to get paid a lot more, and in some cases, double what I am being paid. I was doing every other job there, even doing jobs that I wasn't supposed to be doing just because my boss or other colleagues were too effing lazy to do it, and I wouldn't say no because I'm too polite and didn't want to get into trouble.

It seems grumpy xx fails to understand that the author works a labour intensive job - there is no desk or out-tray to stuff paperwork into, there are no lazy Friday afternoons where they can slip away from the office. The work is tiring and physically demanding and his/here collegeagues are not doing their fair share, it's not on. A couple of minutes here and there added onto breaks and coming in late is unacceptable too, I think the author is perfectly entitled to feel aggrieved by this, and I'm sure he/she doesn't closely monitor their time but these things are noticed and can really annoy those hardworking, dedicated team members who are paid the same yet work so much harder. Not pulling your weight is out of order.
10/07/11 Mitch
-8

I get thoroughly bored with people with your attitude. If you spend most of your time logging your colleagues' time spent at work, to the nearest micro-second, clearly you aren't working hard enough yourself. I too work very, very hard; but I also work smart as well so that maximise value in minimal time. Not spend ages glued to my desk working like a snail and achieving far less than the amount of busyness I generate. So if I am a minute or two late in the morning, or slip of early on a Friday, or take half a day's sickie when I just want to watch Wimbledon, it's because the 'boss' has had more than their fair share out of me and probably a lot more besides - none of which I'm paid extra for. I suggest that I do far more for my 'clients' than those who stick to their seats like limpets, and spend most of their time surfing the net during working hours, trying to look busy, and then spend the rest of their time glued to their watches to monitor how much time I've spent in the ladies loo.

For pete's sake get a life. If your boss was really that concerned, why hasn't he fired them? If your colleagues dump on you; dump it right back on their desk and slip off early yourself. Don't be a mug or a goody two shoes doormat. No-one wins friends that way. All you do is come across like a sourpuss.
09/07/11 Grumpy xx
-31

Lunchtime meetings should be banned