I watched an interesting episode of Panorama last night all about finding a job when you're over 50 and how difficult it actually was.  This programme struck a chord with me, because although I'm not quite 50, I've been out of the rat race long enough to have probably damaged my ability to rejoin it should I wish to.  I'm 42 by the way, but the thing that struck me the most wasn't the whole age discrimination thing which I think is wrong, it was the attitudes of some of the over 50s who are looking for work.  I seriously hope that I don't become like them as I get closer to 50, although I'd like to hope that as it's actually not that far away I wont change to much between now and then.

These people come from good jobs, having risen through the ranks to suddenly find themselves made redundant.  It's a very sad thing and at any age never mind 50 plus, it will tend to give the self confidence a bit of a knock when you're made redundant.  Putting age discrimination and the current economic climate to one side, one thing that I couldn't ignore was the fact that they all pretty much expected to jump into the same type of job and at the same level as they had been in previously.  This is totally unrealistic in my opinion.  I believe your future and your well-being, your own destiny if you like is in your own hands, and that you have to accept change.  This may mean doing things that you never thought you would do, including taking a lower paid job. 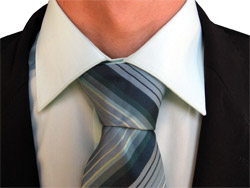 It would appear that some of the people in this age range baulk at the prospect of learning new skills and of taking their career in a new direction.  For me, the day I give up learning stuff and the day I don't consider other opportunities, is the day I hope someone will turn off the machine that keeps me alive.  I've fallen from a rung on the ladder much further up myself.  Actually I jumped to go self-employed and I don't regret that decision.  But I'm happy enough with where I sit today (a couple of feet from the bottom of the pile).  If it came to it though I'd take absolutely any job going to pay the bills.

I'm sure there ARE unemployed people over 50 out there that think the same and who are prepared to knuckle down and take a minimum wage job or two to put food on the table and pay the mortgage, but for some this is apparently beneath them and these are the ones I don't have any sympathy for.  Perhaps the further up the ladder you are, if (or when) you do fall, the louder you complain about the injustice of it all?  That's certainly the way it seems to me.

To my mind, it's the young ones leaving school and college that deserve the help.  Theyre the ones the government should be pulling out all the stops for.  I think I got lucky when I was eighteen and without that "leg up" things might have worked out quite differently for me.  Invest in the young, or at least the young ones that are hungry for a chance rather than the oldies who think they deserve it handed to them on a plate.

You are quite right, once you hit the 50's mark, it's all downhill, contrary to the benefits of employing older people leaflet, employers don't want us because we want more than minimum wage. By taking on young people, they save money by paying them minimum wage. In an interview for a role, the young girl in front of me asked me 'so how much longer do you think you will be working for?' Absolutely aghast at her comment, I've still 10 years left before retirement.
12/04/17 LisaMJ
2

Tragedy of Liverpool mum who died penniless after her benefits stopped

A mum-of-one suffering from severe mental illness died without any money after her disability benefits dried up.

Gillybow, agencies jobs are not to find work for the people registered with them, its to fill the jobs of the work given to them from Clients and turn a profit. Agencies wont take in a candidate and find them work, unless they meet the niche they are recruiting for. In the whole that is. Very few agencies will pick up a persons CV and look at transferable skills. I know this as I have been in recruitment for a long time!

Bang on. I've been saying that for years. Why job seekers still continue to call them 'agencies' is beyond me. Legally they are called 'Employment Businesses' anyway, which is a far more neutral term that could just as easily suggest that they are in the business of employment (jobs) filling (as a business) for the clients they work for. The term 'agency' implies that they are there to work on your behalf. Just because you may benefit from gaining work, using one of these outfits, does not mean that your needs were important if they went beyond simply filling a post or temp contract.
16/11/13 Grumpy xx
3

Why do employers think that because someone is over 50 they are of no use to society. The Government is pushing us to continue working rather than retiring but how is that possible when there are no jobs for over 50's. I have spent the last 3 yrs taking care of an elderly relative who has now passed away and I am now eager to return to work and have sent applications for many Jobs in Caring, Cleaning etc and have had no replies. When I contact the HR depts by email to ask if they have rec'd my application and have they come to any decisions, I get no reply! I am 55 and I do not have one foot in the grave yet!! I have a lot of experience to give so come on employers give us over 50's a chance! I agree we should invest in the young but the older people have to live as well, we have bills to pay and cannot afford to just sit at home.
26/11/12 Sarah
9

Dtf, funny how you should mention this about Halfords and Currys, I've phoned them both today trying to buy a speed camera detector only to be told they don't hold stock but if I pay up front they can get one for me in a few days. Same product as on the internet but at a higher price through their shop,and they wonder why their outlets are going bust.
01/11/12 Jethro
3

My firm Comets has just gone bust so I'm finished at the age of fifty eight. How do the owners of this firm expect us on the high street to compete with internet prices that are much cheaper for the same product? How much longer before we hear the likes of Currys and Halfords declaring problems. This countrys financial problems are still on the down slope.
01/11/12 Dreading the future
4

we are now living in the 21st centuary so why are this so called government allowed to use people on jsa as free slave labour.the pocket filling grabs would,nt put their own stuckup spoiled brats to do this,get them out before even more lives are destroyed by the scum
13/05/12 chalky
11

Employers get to choose who they want to employ...For example if you have a northern accent and apply for a job in waitrose in Epsom town centre chances are you will be declined along with the fact that your face won,t fit..........Get my drift
13/06/11 Mrs speaker
6

"it's the young ones leaving school and college that deserve the help."

- By getting the qualified and experienced 50+s to take their low paid entry level jobs?

What I find scary is the fact that we are being forced to retire ever later (due to the goverment wasting tax-payers money, in part, on people who can't be bothered to work at all instead of looking after our pension funds). However if we lose our jobs after the age of 50 it can be really tough to find another.
25/05/11 Critter
13

Human Resource Officer? Another fancy name for a useless jobsworth. Let us get back to the "Personnel Manager" era. Those were the times when they did know what employing people was all about.
23/04/11 scholar
-4

Thanks GherkinD, I agree on HR, I used to encounter these folk in my IT job, a very odd bunch who often think the universe revolves around them.
13/04/11 Timelord
5

Timelord - 24/7 IT Support, yes that was me too three years ago. Like you, I had come to hate it ( but not the money it brought in. ) I too am happy to be at a lower level, the trouble is I'm not sure I can stomach the industry at all any more !

Sam the Tiger is right too - HR departments are staffed by a lot of frivolous "Oh Yah" types trying to avoid real work !
08/04/11 Gherkindangler
-13

As someone who was in that position, made redundant a month after my 50th birthday, I have to agree with you Kenny. I found a job after what I regarded as a belated 'gap year', and though it's a lower paid job and part0-time (four days a week), it is much more enjoyable. My "old" job was a 24/7 IT support role, which frankly I had grown to hate. My "new" job is in quality management, something I was involved in for several years, but I now have the opportunity to build a career, albeit a shorter one, within a large organisation.
Like Kenny I think that it's unrealistic to try and get the some role and the same money, it's unlikely to happen and the story soon becomes "I applied for 500 jobs and never got an interview". I applied for a dozen or so jobs, and was successful, though I was mildly annoyed by the lack of response from so many potential employers, though I found out that this was normal these days.
06/04/11 Timelord
7

I find these personal narratives disturbing and extremely sad when many a talented employees get the pink slips because of age-ism or a move at cost-cutting. These experienced people should form the backbone of any industry but are replaced by the young and relatively inexperienced who in many cases are a liability. Just watch the rate of staff turnover to get your triangulation on the mark.

It's too bad company's Human Resources department fail to see this, the fact being it is staffed by young and untested lackeys who are too comfortable on the recliner to see beyond their nose. Someday, it may have a hell to pay for their folly.