Argh!  I just have to get this off my chest.  Has anyone ever gone through the process of hiring a limo for the school prom, or any occasion for that matter, only to have people pull out at the last minute?  I spent ages sorting this out for the very special occasion of my daughter's School Prom, which is this Friday (only two days away).

Last night, knowing the limo was booked I had one lad say he was going with someone else, because they were cheaper!  The other lad said he knew of a cheaper limo hire company.  This has happened THREE DAYS before the School Prom and of course the deposit would be lost if we cancelled, so it was pointless trying to re-book last minute with another company.

I spoke to one of the lads and his mother at the weekend and neither of them told me at the time they weren't happy with the booking I'd made.

Thinking I could speak to the mother and reason with her I pointed out that the deposit for the limousine had been paid, but my pleas fell on deaf ears.  How could they not understand how stupid, selfish and downright unreasonable they are being? 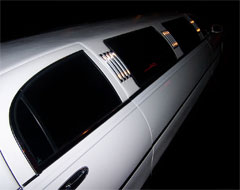 In short, they promised to discuss further and call me back last night, but of course they didn't.  They just wanted out and hadn't the decency to tell me the truth and I'm the one left stressing and trying to find the balance, to cover their share of the limo hire.  I haven't had chance to tell them exactly what I think of them but I am absolutely livid and going crazy!

This was all kicking off when my daughter is in the middle of her GCSEs and was trying to revise last night.  She was so upset that these boys let her down, she could barely concentrate.  Why are there such stupid, selfish, thoughtless, ignorant people on this planet?  They may have saved themselves a few bob, but they've alienated a lot of people and lost friends, as the other boys and the girls who are still going in the limo are angry too.

Maybe this seems a ridiculous rant, but I cannot believe that there are parents out there who act like this.  Your support appreciated!  Many thanks.

Just a correction or two for Ben,

Open-heart surgery, The first surgery on the heart itself was performed by Norwegian surgeon Axel Cappelen on the 4th of September 1895 at Rikshospitalet in Kristiania, now Oslov.

Bain surgery. The first successful surgery of the heart, performed without any complications, was by Dr. Ludwig Rehn of Frankfurt, Germany, who repaired a stab wound to the right ventricle on September 7, 1896

Organ transplants, The first attempted human deceased-donor transplant was performed by the Ukrainian surgeon Yu Yu Voronoy in the 1930s

Anti-psychotic medication, In 1934 the French surgeon Pierre Huguenard used promethazine together with pethidine as part of a lytic cocktail to induce relaxation and indifference in surgical patients.

Birth-control pills, were developed in the US.

The route cause of this chopping and changing is more likely to be social than financial.

Sixteen year olds reserve the right to be rude and do things like this - their classed and treated as children so act like them. When dealing with them in a financial capacity take heed. I imagine the mothers didn't come back to you because it's too much hassle for them to be bothered with. I can't speak from experience, but sixteen year old boys can't be easy to manage.

I did not like Limos when I first saw them ,but it is a good way of getting a group of friends together and all be able to talk to one another ,this does not happen on coaches and mini buses as you sit in two's therefore if you have one person on there own it makes it awkward and when you are sitting across from your friends it is a better atmosphere.
06/11/09 Gill
-1

Booking the cheapest Limo is not the best policy , you must take in to account the fact that the vehicles must be inspected and maintained properly and have insurance , and be road legal in the event of an accident , I would probably look at other factors first and realise that to run a company that has the publics interest first is not neccessarily going to be the cheapest.
23/10/09 Gix
2

Is this UK or USA?

Since when do British schools have a prom? Why do you people insist on adopting the worst habits of the Americans?

No wonder so many Brits are emigrating to the USA. While crime has gone down in the USA and India's living standard has skyrocketed, Britain has gone to pot.
15/09/09 Ben
-10

The whole point of a limo for the school prom is that it enables the bloke to lay the virgin out fully stretched, without the usual back aches and cramps.

The covered compartment physically resembles the cloak hood worn by the shepherds in the region of Limousin in France, and we all know what shepherds get up to.

I agree that limo’s are a bit tacky in the first instance and also completely over the top for a glorified school disco however some of these responses are ridiculous! Just because children want to have fun and perhaps try and act a bit more grown up just for one night isn’t exactly a crime is it! It’s called having a good time, and although in the past fun might have been had in other ways, it seems that these days the way to go is to hire a limo for your prom and what’s the real harm in that? Riding in a limo doesn’t suddenly make you bad mannered or immoral! I went to my school prom and bought a new expensive dress, had my hair done etc and it was a lovely night and in the morning we didn’t all turn in to spoilt brats, it was a one off luxury evening for all our hard-work in our exams and I will also add that all of the expense incurred from this event was covered by me using my wages from my weekend job. Seriously, stop moaning and go and have some fun yourself; let kids be kids.
09/06/09 Lisa
-7

And Smiling Jack, we all know that 'someone having a bit of fun' these days is a byword for 'someone acting like it's their god-given right to do exactly as they please without any respect or consideration for anyone or anything else, usually resulting a load of misery for all'.

So I wouldn't necessarily advocate your rather relaxed attitude to the 'fun' side of life - it's people who share your outlook who are responsible for the gradual erosion of any respect, dignity, sense of proportion and distinction this country may once have had, not so very long ago.

The reason I'm so bloody miserable is because this country has forgotten how to be British, choosing instead to embrace celebrity, materialism, tawdriness, greed, selfishness, immaturity and other' qualities' so easily recognisable as American unbiquity.
24/09/08 Boycott US Imports
-15

Smiling Jack, I'm all in favour of children having fun, but it should be fun suitable for children so that they know that they ARE children & not mini adults!
They need to be less spoilt so that when they do grow up they are responsible adults who realise that you can't have anything you want without working for it.
It is people like YOU bringing up spoilt brats who are the reason the country is in a state!
AND if you think people like me should not have access to a PC you must be very insecure in your opinions as you can't stand them being challenged. What would be the point of sites like this if everybody had the same opinions?
11/09/08 grumpyoldwoman
-1

Tou two below are just a pair of party poopers. Can't stand the very thought of someone having a bit of fun.

You people are the reason the country is in the miserable state it is in.

What's more frustrating is that you have uncontrolled access to a PC and the WWW. Someone should be made accountable.
11/09/08 Smiling Jack
-16

I agree with all the "what are parents thinking of" replies. With my younger daughter, the school organised a prom night - posh hotel and all, for those finishing primary school. PRIMARY school! Then the kids were competing for who could have the flashiest frock and the biggest limo. Oh puleeease. Not for MY kids. Not in MY lifetime.

If kids have stretch limos, posh frocks and prom nights when they are in primary or in their teens, what the H*ll do they get for say, a 21st birthday or when they actully achieve something like a University graduation?

Seems to me way too many parents want to spoil their little precious for no apparent reason. All of the perks of adulthood. None of the responsibilities. No wonder so many teens have such huge expectations and think we all owe them something, with hugely over-estimted ideas about their own importance in the world.
10/09/08 Meg
4