I was recently made redundant from my own company as we had to go into receivership due to bad debts and spiralling overheads and the dreaded bank overdraft being taken away.  We had been trading for well over 22 years and a lot of the staff (who also had to be made redundant) had been with me from the start.  All I can say is that I was absolutely gutted that this had to happen.

After the shock of the world falling down on myself, my wife and the two children with the bank demanding the overdraft back etc.  I went to the jobcentre.  Oh and by the way, before it got to the redundancies I signed a personal guarantee and my wife and I lost another fortune in cash that weI threw in from our house adding it to our mortgage.  All this just to keep the business going and the staff employed.  But it was to no avail.

Anyway off to the jobcentre...  What a farce that was.  I was redirected and told to come back twice and only after one polite jobcentre employee sat me down, did I get a result and start my Job seekers allowance claim.  Apparently it took them a while to realise that I was a class one NI contributor etc., even though I had all the paperwork P60 etc.  from my first meeting.  Talk about slow to get things moving! 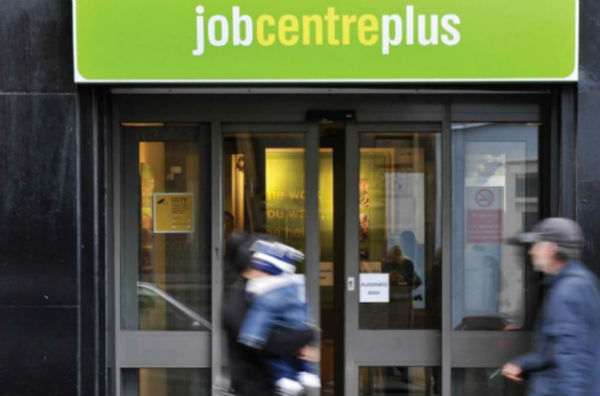 OK, so that was all finally resolved and I was told to return to the Jobcentre on the 30th December to meet "Louise" my job adviser on arrival she picked up my log book read it whilst standing in the middle of the open plan office, and proceeded to lambast me over the fact that I had not filled it out correctly, and that the handwriting on one page was not the same as on the other pages, and I quote "it should only be your handritten entries".  I assured her it was my work.  In fairness one page was much neater than the other as I had used my fountain pen.  But this rant was all in front of the half empty office (Christmas ??) but within 3 metres of a Group 4 security guard who was propping up the wall with his arms folded along with 12 other people, a mixture of staff and job seekers.

Respect?  Ha bloody ha!  She should read the DWP charter and brief that is sent out to them all.  At the end of the day I am a customer not something that needs scraping from the bottom of her shoes.  I am now aged 53, have never been unemployed and have contributed to the welfare state considerably over the years.  It has been a very difficult end to 2013, and I find myself needing some help and support from the welfare state for once.  I was actually starting to feel a little less depressed, perhaps with even a hint of Christmas spirit.  However, by the time I left the building I seriously considered the local bridge and the river.

A very bad way to be treated by an agency that is supposed to help you. I say damn the work place, where indignities are heaped upon indignities, slaving for the minimum pay that businesses can get away with, aided and abetted by the government and it's tame media, bound to a Victorian work-ethic which has enslaved the working class since the Industrial revolution.
26/11/14 Friday brunch
1

Ah man, suicide would be a waste, focus that anger at causing the government as much of a headache regarding this matter as you can...
03/11/14 Dave
0

People who refused to work for free could get £130million benefits payout after court says retrospective laws breach human rights
High Court rules emergency laws breach the right to a fiar trial
Government passed legislation to shore up back-to-work scheme
Jobless were told to take an unpaid placement or lose benefits
Cait Reilly, 24, took the government to court over job in poundland

Well that was an intelligent response wasn't it!

Did you have a point to make? Or is it the limit of your intellect to acknowledge that somebody moving house 14 years ago is not current?

Current or what. Have you got any new stories to tell....

Nick, you're (or should I say 'your' so you understand me) letting us see your limited knowledge of the world.
Companies are not allowed to make people redundant, they make roles redundant. they felt they could do without her role, not without her!
She's been in gainful employment since she moved in as far as I am aware and that was nearly 14 years ago.
03/03/14 Samson
0

Hello Davo,
I feel for you! Your local Jobcentre staff sound like a complete idiots. I have one question! After the G4 security had already been beating you and the friends you already had why oh why did you allow yourself to get out of work with these beasts and their terrible attitudes? In fact how could you allow them to even lay their hands upon you?
01/03/14 collar
0

Samson just cos your friend has an Msc and MBA doesn’t mean they’re employable. Obviously her company could do without her.
28/02/14 Nick
0

On the Welsh thread Nick the idiot wrote

Nick the troll wrote "If you hadn't neglected your education at school you wouldn't need to visit the job centre".

What an absolute load of tosh....utter nonsense!

My neighbour has an Msc and an MBA and last year through no fault of her own found herself unemployed. She has commitments to meet and therefore needed to register at the job centre. Are you saying she neglected her education?

If you hadn't neglected your education at school you wouldn't need to visit the job centre and maybe your writing could have been better after all.

That goes for all of you on this post. Basically you’re a bunch of uneducated freeloaders, who spend your days in the pub using my taxes.
28/02/14 Nick
-1

This agency was designed and developed by the government, a UK based agency that specialises in the not-for-profit sector. Since its , Jobcentre-plus has been creating jobs, intuitive help that have the support of the community, and at their heart are looking out for you, and that has to give meaningful results for Job searchers.
08/02/14 collar
-4

I received a letter from the Jobcenter a few days ago it began a doubt has arisen on your claim for JSA as it appears that you refused a job offer from a Hotel in your area, the name of the Hotel rang a bell and luckily I was able to find the job rejection letter the Hotel had sent me weeks earlier I hopped onto a bus to the jobcentre went up to one of the clerks and handed him the letter the dole had sent me that morning and told him I needed to sort this out, well why didn't you accept the job offer then the smug clerk asked me I took the job rejection letter out of my pocket and handed it to him the look on his face was a picture can we photocopy this letter he asked, do what you like with it I replied and left.
08/02/14 Tom Smith
-2

Don't let arrogant people get you down

Don't let the ignorant staff get you down. I have heard numerous complaints about some job centre staff, and to be honest I think some seem under qualified just by their behaviour.

I expect they're secretly like it because not many people like them. There are a few good ones but some I have met in the past have been rude and inefficient. Perhaps you should have made a formal complaint, not to them but their superiors and stated that it was your hand writing and if someone is going to discuss it with you then they should do it privately and not in front of all those people. I would reiterate client privacy and that they must have some formal agreement which has to be signed by the workers.

I agree with the last poster about recording them, it seems they will soon stop if you did that. The reason they do it is because they think they can get away with bad behaviour.

It sounds like you're dealing with idiots, don't let them get you down!
08/02/14 Don't let arrogant people get you down
-2

When I claimed income based JSA I was shocked to the core. The first few weeks were fine: the adviser was nice, seemed helpful and supportive and didn't pressurise me. I showed her my numerous job seeking efforts. Then I told her I had secured a temporary placement with a regular client but was likely to be back claiming after that. She was fine about that too. When I did reclaim I was classed as a 'rapid reclaimer' and the same woman started treating me as though i was a dole scrounger. I was put under pressure to attempt god knows how many stupid CV assessments, mid-week job seeking interviews in addition to my sign on day. Complaints to the manager were met with 'if you were truly job seeking enough you would not be here now, would you!" All of them ignored the fact that I had signed off for 5 weeks to take up the role with my client. As far as they were concerned I had failed to get a job at all in the six months I was entitled to claim IB JSA and was not trying hard enough, despite my numerous job applications, feelers out with other non-hiring clients . I was treated so much like dirt I decided to tape record all my meetings with the staff and told the managers I would do that too. Suddenly, they stopped pressuring me as much. I met one decent guy at the JSA office who told me about some part time work he did. I decided to do the same as him and now I am doing it full time as a freelance. But his help was entirely unofficial.
26/01/14 Anon
2