Today I looked into actual figures for the minimum wage and I was very shocked at what I found out.  For workers aged 22 years and older, the minimum wage is currently sat at £5.73 per hour.  Then there is another scale which the government call a 'development rate', where workers aged 18-21 inclusive can earn £4.77 per hour.  Finally, there is another rate for workers under the age of 18 who are no longer at school.  They are paid at a measly rate of £3.53 per hour!

£3.53 - is that some kind of sick joke?  I know this rate is for the under 18's, and frankly some people that age are really just a waste of time and money in the work place.  But then there are others that are real hard workers and deserve the same rate as the over 22's.  Sadly, most companies are greedy and are more interested in keeping the profit for themselves so these young workers are very unlikely to get a pay rise.  If they complain then they'll be out on their ear and replaced by some other youngster.  Well that's how business works, right? 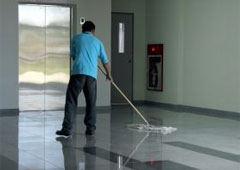 The government should seriously rethink the whole minimum wage policy as it appears to me to be most unfair.  I would even go as far as to say it's a blatant case of ageism.  I think it's high time the minimum wage was set to be equal across the board, one rate of pay for all workers regardless of age.

There are so many jobs out there that pay just the bare minimum (just take a look on the Job-centre web site) and some of those jobs can be real hard graft.  If you're paying a minimum wage then you can only expect minimum work.  As they say, if you pay peanuts then you will get monkeys.

By: Equality for all

Do twerps look for sites that do not appear to have a resident twerp, then fill that gap? or are they just random visitors that move in to a vacuum & cause a pain in ones @rse? I hope it is the latter so the G,O,t,Ws most recent twerp will move on sometime soon.
06/08/12 boblet
-11

"Item, this trust I do declare For three poor children named below: Three little orphans lone and bare, That hungry and unshodden go And naked to all winds that blow; That they may be provided for And sheltered from the rain and snow, At least until this winter's o'er. "
FRANCOIS VILLON
1431------

GOW
There I was building my hopes up; I thought maybe I could be “Poet in Residence” for your company.
If you reconsider I must point out the conditions of my employment:
My day begins at 2pm and I cannot possibly start before then.
£19 an hour sounds fair and is suitable reward for my efforts and is only double what you are paying as minimum.
I will also need a supply of cola and burgers throughout the day and no interrupting me if I fall asleep. No use of the whip or ball and chain, and don’t ever shout at me.
A taxi to collect me in the morning and a taxi home to be paid by the company.

I bet you feel better already as I am showing you the error of your ways;
(Modern day Cotton Mill Owner)
03/09/11 Sir Marmaduke Smythe the 3rd
-4

You don't have to be VAT registered to reclaim VAT on a new self-built house.

GOW, I can tell that you are begiining to like me as you called me"MARMY"
GIZZAJOB!
I have degree in 15th century French Poetry,
03/09/11 Sir Marmaduke Smythe the 3rd
-16

You have me a bit confused now GOW, I was of the opinion that you had to be VAT registered to claim it back. I would add that I am Registered.
03/09/11 R Noonan
-8

1/ No VAT is payable on new housing, we were able to reclaim the VAT we paid on materials up to the point of moving in. Check your facts please.

2/ We started the company several years after finishing the house. We have had several tax inspections with only minor problems.
03/09/11 grumpyoldwoman
-6

GOW. I will bet a pound to a pinch of cement the materials for the family pile in Mugsborough were bought through your firm & the V,A,T claimed back. I would stop blowing your own trumpet now before the taxman starts looking through your books.
03/09/11 R Noonan
-21

Marmy, I have already said that someone else did the plastering and others HELPED with the plumbing and electrics. The GOM is quite capable of putting in basic wiring and pipes, putting up scaffolding and blockwork; he is a fully qualified carpenter and joiner.

Yes I did forget to mention the architect, and yes I can lay bricks if I need to but I'd rather work with stone as they are all different shapes and so the work is much more interesting.

I know someone in the construction industry and calls himself a "builder", are they an architect, joiner, plasterer, electrician, plumber, bricklayer, scaffolder? Answer, no, but they are damn good at pushing a pen and pocketing the profits.

“When I say we built our house ourselves I mean we actually built it ourselves” GOW
Unless you did all of the above you did NOT build your house yourself.

Anyway now we know that GOW is a bricklayer!
“I also did most of the stonework, including all the way up the chimney.”
03/09/11 Sir Marmaduke Smythe the 3rd
-9

R T, why are you not understanding me? WE built the house ourselves; the grumpyoldman and I and our sons, apart from the assistance I have already mentioned from friends. I did say we are in the construction industry.

R Tresell, should that be R Sole by any chance?
You write drivel and you appear incapable of understanding a coherent and properly written response to your meaningless rants.
03/09/11 MikeP
-10

Sorry GOW you have missunderstood me, That is the point I make, please don't do a mikep & evade the issue, I will spell it out for you. You drove a van & helped by labouring, all very laudable but you ignored the artisans. Credit should go to them with the skills as well, the ones that Thatcher was afraid of. You cannot drive or labour a house to completion, all you will have is a stack of building material, someone has to assemble it. All I wanted you to do was recognise that people with ability built your house whilst you took the credit. You are a phoney.
03/09/11 R Tressell
-18

MikeP, I don't mind feeding the odd troll for a bit of entertainment every now & again!

Sir Marmaduke, if we are talking about the NHS etc. then you are getting some of my taxes as well, you idiot.

We are in civil engineering and construction (a clue for R Tressell) and our minimum pay level is currently £9.50 per hour.

R T, you walked into that one! When I say we built our house ourselves I mean we actually built it ourselves. We had a friend in to do the plastering, and other friends helped with the plumbing and electrics. I drove the van and fetched every concrete block plus loads of sand, concrete lintels, stone, wood and so on, right down to the bathroom suites. I also did most of the stonework, including all the way up the chimney. Our sons were teenagers at the time and they did alot of the work too. The GOM, a fairly big hairy builder, did the rest!
03/09/11 grumpyoldwoman
0

Humiliated by Jobcentre staff because of handwriting