I am a female who CHOSE not to have children and I'm disgusted and ashamed of the females out there who use their children and the CSA to penalise their exes to get more money through greed and jealousy!!!

I find myself in a situation whereby my partner's ex expects me to subsidise her lazy fat bum by claiming I am additional income to my partner's income!

My partner's ex was perfectly happy with the financial arrangement they had made before I came along, he paid what the CSA recommended, had them stay over one night at the weekend and saw the kids at least 3 nights during the week.

She went to the CSA and notified them of his change of circumstances (that he had a girlfriend!) and that I was contributing to his household - thankfully the CSA told her that my income was irrelevant as I was not a parent, but the end result wasn't that she accepted this.  She then proceeded to reduce the amount of nights my partner with the kids staying over and stopped him seeing them during the week.  We notified the CSA of this, but all they did was increase his payments to her.  What on earth are the kids gaining from this?  NOTHING!!! 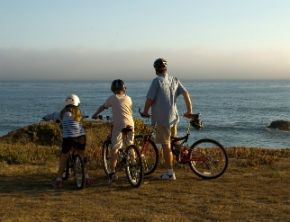 The kids see that we give them everything we can afford and that we are hiding nothing from them.  I have happily given money/gifts to the kids, I have paid for a holiday abroad for us all as a family, but because their mother is not getting any money from me she has done nothing but cause upset and heartbreak!!!

The CSA is not really interested in the children's welfare as far as I can see.  It's all about finding a quick way to get money to the mother with absolutely no consideration for the impact her behaviour has on the children or their father, i.e. reducing the time the children see their father so that she gets more money!

By the way, the mother concerned makes sure SHE has everything SHE needs and can even afford to go on holiday abroad with her friends.  Meanwhile, she tells anyone that will listen that my partner doesn't pay her enough maintenance money.  Mothers like this put other decent mothers to shame!

GD - sorry you are incorrect.
The csa use what is called an initial effective date. this date is when maintenance is due to be paid from. it is set by when the csa first informs the non resident parent that there is a case. If they cannot make telephone contact with him then they will issues a maintaenance enquiry form to his address. so either of these two options will set the effective date. If no response is recvd back from the non resisdent parent then the CSA will presume parentage and continue to gather evidence i.e payslips, in order to carry out a maintenance calculation. they will then back date this to the initial effective date.

Also you mention about the partners ex not getting all the money the partner pays into the CSA. Regardless of whether the parent with care is working or not, they will get 100% of what ever the non resident parent pays in. Only on old rule cases (pre 2003) will the parent with care only receive a small amount of the maintenance.
Also there is no point in giving your opinions on CSA staff as you cannot back that up with evidence. all it does is de-value your already incorrect advice.
p.s. I dont work for the CSA before you accuse me of that.

worried mother of 4. If your partner can prove he was never contacted by the csa, and/or wasnt living at an address that the csa sent the original enquiry form out to then they cannot back date it. good luck
12/11/13 efc
-2

my personal experience has allowed me to be confident in what I say as this is how they ''resolved'' my case.
NB. if your partners ex is not working (not sure if she is or not) she will only get a nominal amount every month. and the rest goes towards the shortfall the CSA has to manage for the people who don't pay. PS the CSA is the biggest waste of time and money in the history of the DWP. staffed by temporary staff who could not give a tick about anything and also staffed by rude opinionated admin clerks who would not know common sense if it slapped them on the back side.
05/11/13 GD
-5

My partners ex is claiming he moved out in 2003. He actually moved out in 2008 and we have sent csa proof of this as they claim he owes over £2000. We understand the amount he has to pay for now but is it really fair that he should pay money to his ex for the years he already worked and provided for his daughter? His ex has "kindly" agreed that we pay her £50 a month of the arears instead of the expected £75. We have 4 children who live with us, my partner gets £968 a month after tax yet csa want £180 of that!
29/08/13 worried mother of 4
1

Then why did you choose to be with someone whose "ex is a fat, lazy, never-had-a-job, greasy, council estate, waste of space scumbag" and, to make matters worse, has a child too? This is asking for trouble if you ask me.
26/06/13 Mick
-4

in this position myself with my boyfriend. his ex is a fat, lazy, never-had-a-job, greasy, council estate, waste of space scumbag and she puts her son and my boyfriend through all this too. She now has 3 children to 3 different fathers, why? Because of the money. Her middle child, doesn't get to see his father AT ALL because he refuses to pay money he knows will not go to the kids, but to her (spent on drink and fags). I have known her for years, even before I got together with my boyfriend, and I really do hate her, and in return, she probably hates me too.. I treat her son more like a little brother than a child of my own, but even though I dont treat him like my own, she still hates that he loves me and gets along so well with me.

However, no matter how bad these selfish, money grabbing mothers can be, just remember, that when these kids grow up a little, who are they going to want to be with permenantly?
The mothers who couldnt really give a s**t about them, or the fathers who would do anything to keep the kids happy?
03/10/12 ellabella
-2

I totally agree, and they don't have the powers they say they have. My husband has always paid for his son and because of his ex not getting the information from him that she thought she was entitled to she involved the CSA. Consequently she dipped out because after assessment my husband had been paying her to much so she got less than before she involved the CSA, however we have been hounded ever since.If she thought she was not getting her entitlement she would get a re assessment or follow my husband to work. She even managed to get a DEO on him even though he was paying!!! Last year she threw her son out because he was not getting on with her boyfriend and he came to live with us. We turned the tables on her and tried to claim from her through the CSA. She dropped her hours, took a second job but never told them about it, kept asking for a re assessement because her situation conveniently kept changing, they could not check with the tax man to see if she was paying more tax on the second job that she had not told them about, unless we could find out where she was working they were not interested.

It took us 7 months to get a penny from her and then all we got was Â£5 a week, a complete joke!!! My husband's son was blackmailed to go back to his mothers to live, which was fine by me as he was a complete nightmare, we received money from the CSA after he had already gone back to live with her!

She has had thousands of pounds out of us, which we found out was paying for her new BMW and not her son. We had to buy everythnig for him, clothes, shoes, coats she even sent a pair of her boyfriends jeans over with him, he was 15 but the size of a twelve year old. The money is not going to his son and there was nothing we could do about it.

The really sad thing is my husband lost his job the day before he came to live with us and it was a struggle, since he has gone back to live with his mother he has not contacted his father and he has changed his phone number so my husband can't contact him! all because she is not getting any money from the cash cow (my husband)
27/07/12 Cornishbabe
16

I worked for the DWP benefits for a time and had to be involved in CSA decisions re claims and payouts, without boring you with details the CSA is devoid of any commonsense and out of touch with reality. Many couples had excellent arrangements that suited them and their lifestyles but these were often soured by the CSA intefering and trying to force people to change things. Lots of couples who had excellent setups and payments for years were told to change them for no good reason. It must be the most useless badly organised dept in the welfare system, about time it was closed.
The cost of their meddling is far greater then the payments recovered for parents.
28/05/12 artuk
4

Ex lied to the CSA about her income

My ex partner contacted the CSA