Another fine example of how the public are being ripped off wherever possible.  Birmingham airport parking (rapid drop off) apparently charge you £1 even though you are quite literally driving through and dropping someone off.  I would have thought that the name would have said it all.  You know, "rapid drop off".  So you're not really parking at Birmingham airport as such, you're just dropping someone off at the airport or picking them up.

I find it absolutely amazing that this kind of thing goes on in this country and no one does anything about it.  I'm having a gripe about it now because I've just come back from an early morning drop off at Birmingham airport (1 pound lighter in the pocket).  Not a lot of money to complain about you might say, but when you consider that you can actually park up in most town centres without a charge and go and do some shopping you realise it's a right con.

you're allowed twenty minutes to drop passengers off or pick up

Interestingly I noticed the "no reversing" signs on the way in to the "car park".  They've designed it very cleverly so that there isn't really a "rapid drop off point" at all, it is in fact an extremely short stay car park, i.e. you're allowed twenty minutes to drop passengers off or pick up. 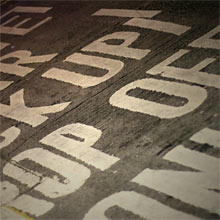 Now having looked into all this back home, I understand they have made these changes to the parking system for security reasons after the incident at Glasgow airport.  Now let me think about that.  It might be a good idea to change the way that Birmingham airport drop off parking works, but is it really necessary to start charging drivers for the privilege?

I believe they're adopting this policy at other airports around the country as well, so Birmingham airport isn't the only place you'll be made to pay.  Apparently you can park free in the drop off area if you are disabled, or alternatively you can use the long stay car park and get a shuttle bus.  Hardly drop off parking though is it?

Needless to say when I'm making the return journey to pick up, I will not be using Birmingham airport's rapid drop off parking (read rip-off).  I know its not a lot of money (well, actually it is these days) but it's the principle damn it!

By: Fed up with rip off parking charges at Birmingham

I had forgotten to add that I was the only car at the huge carpark, a further insult to add to this disgusting experience. I'm unemployed I hope the people who will profit from my money will choke on it.
31/12 Upset friend
1

I was charged £45 to my shock when i parked a car park 10mins walk away from the main terminal for under an hour at car park 5. Yes I foolishly didn't look at the pricing structure at the pay in booth after I'd parked my car. I truly thought that the parking would not exceed to an extortionate amount when only having used an even closer car park 2 years ago at a fraction of the cost. To make things worse i didn't have my debit card and the pay in booth closest to my car didn't accept cash nor did the next closest booth I walked to suffice to say the next couple booths I walked to also didn't accept cash. My frustration and anger hit the roof being aware my charges were escalating I called the intercom for assistance on the matter and firmly explained how dissatisfied I was that there was no clear visible pricing structure sign posted at the carpark, nor was there any warning that cash would not be accepted at their machines but reasoning fell on deaf ears and was given no sympathy. All I had intended to do was drop my friend off at airport. I hope writing this will prevent someone else making this mistake in what appears to be a clear trap that many must be falling into.
30/12 Upset friend
2

Easiest and Hassle free way of parking at any airport. Drive straight to the airport terminal. This is a cheap and brisk way to avoid the hassle of parking at Birmingham airport.

This is for Disabled drivers who want to leave the drop-off car park. It is very useful having up to one hour free parking it works well. But my suggestion is for the ticket to leave and raise the barrier should be used for this purpose including showing the Blue Badge. Why not install a magic eye on the machine as well as being able to speak to an operator. As I was stuck at the barrier with alot of vehicles behind me clamering to get away, I was told to pull over and go to a cabin, what a joke when stuck in the middle lane.
29/07/18 Mrs G.
0

they are robbers absolute robbers, but the staff working at the car park are great cannot fault them most probable that they are working on minimum wage too, I explained that I wasn't expecting having been to the airport many times in the past, £17 for 25 minutes and they did reduce it to £12, other people was also complaining, i felt sympathy for the staff i bet its really stressful for them while the fat-cats owners enjoy themselves on their yachts and think of new ways how to avoid paying tax, about time someone did something about this, you go to the airport and want to see the last glimpse of your loved ones before they jet off and these bloodsuckers prey on that
04/10/16 Dell
-1

Birmingham airport is ripping people off with their car park charges we dropped our passengers off for their flight a week ago and were charged £1 fee and as like someone else pointed out disabled are free but the place where you have to take the ticket is to far from the park so we just paid the £1 we had to hurry the family we dropped off with a baby so we could get back out before the 20 mins was up. Phew! we managed that and all week we worried about parking on going to pick them up ..... On picking up a week later it was very busy so we were directed to car park 3 as 1 and 2 which I believe are drop off points were full but not knowing Birmingham airport to well we ended up on a car park charging nearly £5 per hour and because it was so far away from the terminal by the time the passengers had come through from getting there bags because the baggage belt kept getting jammed we didn't make it back to the car in time and were 5 mins over the hour so were charged nearly £10 :( I could have cried £10 is alot to pay for just over an hours parking, disabled can't claim this back either as this was on the wrong car park to claim back fees .Never again will we be parking at Birmingham Airport it's just a money making scheme to rip off passengers and families dropping and picking up passengers I am disgusted at the prices they charge.We would have like to have stayed and watched some flights go in and out and have a coffee but when all you can think about is the car park and worry sick about how much its costing you just can't have a pleasant experience.
24/09/16 Dawn
-1

Leeds airport is the same Mike it has been set up by a computer nerd. However when I booked a parking place at manchester it was brilliant, I cannot comment on anything else at Manchester.
26/08/14 boblet
0

The most rip off airport I have come across. I recently went to drop of a friend flying out. The airport management have cleverly created a network that you simply cannot park without paying or being ticketed.
drop off zone costs you £1. park on red lines you get points and fine. There simply is no place to stop unless you got spare cash.
This is a pure example of motorist rip off. If the airport management reading my comment you need to be ashamed of yourself
26/08/14 mike
0

If the car parking arrangements were made to increase the safety of passengers, then there wouldn't be any car parking. Charging or rather extorting money from people to park isn't going to increase passenger safety.
I now fly from Manchester all the time, there you aren't charged ridiculous prices, the luggage trolleys are free AND they have a far better Duty Free section. A much better and more enjoyable travel experience. So much for foreign owned airports, bulldoze it and make a bigger carparking for the NEC.
28/09/13 beau007
-2

My last comment contained a typo. It should have said that the non-returnable fee for using a trolley is one Pound or two Euros. Sorry about that.
05/12/12 Jim Warren
-9

To get a disabled parking discount you have to find the NCP desk which is as far away from the car-park as they can get it. Don't try this if you're disabled.

Why aren't the drop-off car-park and route to the airport building covered to keep off the rain? Like many organisations Birmingham Airport is playing the security card to justify the worsening of conditions and poorer service.

The non-returnable fee for the use of a trolley is 1Â£ or 2â‚¬. What an exchange rate! Visitors to our country must be overwhelmed by the generous welcome they receive.
05/12/12 Jim Warren
-4

Are the Birmingham Airport Police working for NCP or the safety of the traveler ? If you want to be able to get free drop off go to Birmingham International Rail station, they have a free drop off carpark and the monorail takes just 90seconds to get to the airport and it too is free, Hurry berfore they cotton on and the rip off spreads !!! And you wont see the police moving people on or issuing tickets, even though they are parked on douible yellow lines and obstructing public transport ! ( I guess Virgin rail does not have an arrangement with the police to keep their coffers filled)
23/10/12 Bert
-10

BOURNEMOUTH AIRPORT,NO FREE DROP OFF POINT,BOURNEMOUTH TOWN AND SEA FRONT NO FREE PARKING,RESULT, THE TOWN AND SEAFRONT DESERTED,BUISINESS CLOSING,ADD A COUPLE OF WEEKS OF BAD WEATHER IN JULY/AUG,ECONOMIC DISASTER.PEOPLE WILL COME TO THIS LOVELY TOWN, ENJOY THE GARDENS,WALK ALONG THE PROM ( A THING WE LOCALS TAKE FOR GRANTED) THEY WILL SHRUG OFF THE "SURF REEF" FIASCO, PUT UP WITH THE PRICE OF ICECREAM ETC AND EVEN THE RAIN BUT PARKING ANYWHERE NEAR THE BEACH, AND WE HAVE MILES OF IT, IS TOO EXPENSIVE,
18/07/12 STEVE ( A LOCAL OAP )
-9

Another advantage of L.Pool Bob is all you have to do is follow the 82a it goes to the airport every half hour.
16/06/12 Boblet
-3