I have been looking at the London 2012 website for the Olympics as I would like to go to some of the events and experience the atmosphere.  I certainly won't be exploited by inflated prices and would travel from accommodation up to 100 miles each way rather than seek nearby accommodation as I would presume that these places are likely to hike up the prices for the event.  I like driving and exploring the country, so that would be something to enjoy as well as not letting local businesses cash in with their greed.  However, the delivery fee for the tickets is 6 which I find completely unacceptable and basically consider to be a rip off.

I have decided that I no won't bother going after all and will have to make do with watching the televised events instead.  As it happens I did want to go to several Liverpool 2008 events as well, but the hidden charges were extortionate and so I didn't bother going to that either.  I am used to going without where rip-off prices are made since I can enjoy myself in other ways which I wouldn't have been able to had I given in to the rip-off merchants. 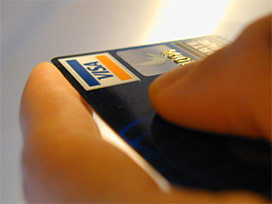 My gripe is simply with the excessive and often hidden costs such as handling charges for anything ordered online like this.  It's not just tickets for major events and concerts, but also excessive post and package or handling charges levied at customers.  I feel that all these charges are pretty unreasonable when you consider the ticket price alone is often no small amount of money.

Can I visit the Olympic Park?

Can I get a ticket to the visit the Park without watching any events?

Updated 30/07/2012 05:10 PM
Can I get a ticket to the visit the Park without watching any events?
There are currently no tickets available for entry only to the Olympic park itself across all dates.

But there are hundreds of Empty seats!!!

I just purchased some tickets costing £285 only to then get an email telling me that I would be charged and additional £6 delivery.

1) That's illegal. This should be stated when purchasing, not after.
2) Under regulations, if you take credit cards on a web site, then there should be a contact link on the web site. That does not exist.
26/04/11 Barry Johnson
3

As an afterthought, 'sport' is not sport at all , it's just a big ugly corrupt business. I understand that some football clubs make more money from selling shirts and so on than from gate fees.

I was conned into buying a football shirt for a relation and it cost about £80. I know one can buy cheap ripoffs and I was tempted to do so but I felt the lesser of two evils was to pay more to buy the genuine article rather than to lower myself into supporting the underworld of fake goods.
23/03/11 MikeP
-10

Because, like all 'sporting' events, it's a massive con, for which the public end up paying not only in taxes and other charges relating to upgrading the infrastructure, but also for the tickets and everything else related to it if they are foolish enough to go and watch the events.

Talk about a poisoned chalice .... and the public weren't even consulted in a referendum. How many of these events are held in sensible countries like Switzerland where the people are consulted?

As for watching it, I'd rather watch varnish dry and will make sure I stay well away from the UK when the madness is on.
23/03/11 MikeP
5

Please tell me why the Olympic tickets are so, so expensive, if all the stadia etc. have been built with government, lottery, london council tax money.

And if all the atheletes are meant to be amateurs (not paid).

And if the site is going to be sold commercially afterwards.

And what happens to all the TV rights and sponsorship money generated.

Please convince me why the Olympic tickets are so expensive.

Who is trousering all this cash?

In the end I think the whole Olympic show will be one huge disappointment.
23/03/11 Scamlympics
-8

Sadly typical rip off Britain. There is always a hidden extra charge. It seems we simply put up with it like sheep. Mass boycotts - that might work? Olympics? Just another financial stone around our necks and a monument to Labour arrogance.
17/03/11 Fedup
3

I always feel that the "handling charge" on a ticket should be included in the basic price, and not be very much at that. It's particularly annoying when buying multiple tickets and they add a charge to each of them. Surely sending out 4 tickets is no more work than sending out 1!

There are 2 theatres near us who put on concerts; one has to be booked through a ticket agency. The website sometimes doesn't work and trying to get through on the phone (to a premium rate number of course) can take ages. Then they add a ridiculous amount for a booking fee. The whole thing is an expensive time wasting nightmare.

The other theatre still has a booking office, (local call) and you can usually get through first time.
A very helpful lady asks you whereabouts you want to sit, and then says "would you like me to post the tickets, it'll be an extra 50p?"!

Garage bill too much with excessive labour charges

Solicitors fees and hourly charges are a bit steep