I have worked as a nurse since 1992 and have witnessed much change over the past 16 years.  However I am sick and tired of these nurses who are university trained and think they are immune from certain duties such as changing beds and washing/dressing patients etc.  Well I have news for this handful of work shy nurses out there.  Under NMC rules you are NOT immune from these duties and if ever caught you can be disciplined accordingly as it comes under the general heading of neglect!

sick of hearing career nurses complain about their pay...

I am also sick of hearing career nurses complain about their pay.  You knew the average salary and expected pay wasn't up to much when you began your career in nursing, so why moan?  A lot of nurses aim for a career in nursing for the vocation and job satisfaction, not the pay. 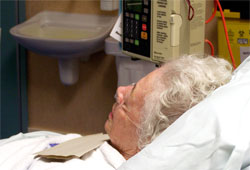 I went into nursing as I looked after a terminally ill relative of mine and seemed to be the sensible choice as I had the correct attitude and personality for it.  However I did the old fashioned diploma where you learned on the job and went to nursing college about once a week to learn (then it was 25% theory) the rest was hands on.  We had a bit of a tyrant ward sister, and if something was asked to be done by her it was done straight away, no arguments.  It also had to be done by her standards or it had to be done until it was correct.

Perhaps if they were to re-introduce the tyrant sister's or old style matrons then maybe the NHS would not be in the state it is in today, crawling with super-bugs, shoddy managers with no medical experience and a public school background, and nurses who think because they have a piece of paper from university they are gods gift.  Florence Nightingale would be positively turning in her grave with the state of our hospitals, it's an absolute disgrace and I am seriously considering a different career because of this.

I don't know which nurses the original poster has talked to.
All the ones I've met through visiting relatives in hospital over the years are good and care about their job.
They're an essential service, nearly everyone will need to go to a hospital at some point in their lives so appreciate the people who do it.
If they are not earning enough to get by then you're going to have them leaving the profession and not many young people wanting to join leaving the NHS even more short staffed and under pressure.
It's overpaid management who are draining the much needed money. Same as a lot of industries really.
15/04/20 ahforfoulkessake
1

@ Student nurse - With your caring, positive attitude I am sure you will be OK - good luck in your career!
06/06/14 marmalade
0

Ok I am a student nurse and I want to know where the hell this "too posh to wash" nonsense comes from!? For the past year I've been used mainly to perform essential tasks hca's and staff nurses do not want to do! I am not moaning about it as I absolutely love spending time with the patients and helping them get washed and dressed. But when it comes to me qualifying, please do not moan when I may need prompting with the paper work or IV drugs! Nurses do not have the time or the motivation to show students the ropes of the job. Infact I dread getting my pin as I am certainly not being adequately prepared for life as a staff nurse due to lack of staff, nurses turning their noses up at students and hca's who think you're being lazy unless you're constantly making beds or toileting. The only thing keeping me going is the patients!
06/06/14 Student nurse
0

I was in hospital another time and I must say that all those who were jumping in on this serious illness of mine with their unkind remarks at the entrance to the private room I was in, there has been a turn of events. The illness in question has appeared in a hospital in east anglia after a similar outbreak since returning from Africa and has been ordered into quaranteento to recover from the malady, but it cost a huge amount amount of NHS monies each month.
In the meantime, The hospital nurses are hearing things and will proceed again as usual should this illness affect even one patieent.
So it does pay to have innoculations when travelling a lot like I done.
22/02/14 collar
-2

I thought all the council house had been sold, either to tenants or housing associations.
22/02/14 marmalade
1

You were in hospital "recently" and since then there has been an investigation and the hospital has closed. That's very likely isn't it.

What is the point of trying to spread scare stories? It does not apply to me but how do you think that lie makes people feel if they or a loved one has been diagnosed with cancer?
22/02/14 Fed up Pedestrian
-4

FUP: ''Which hospital? I'm sure the national newspapers would like to investigate that story.''
They already have, and it has since been closed down by Health and safety.
I can't remember which hospital it was.
22/02/14 collar
0

"I was in a hospital recently and it had a notice on the beds warning patients if they asked for a shot of morphine, they would be charged Â£20 for the privilege. This isn't even a private hospital, just straight from the NHS."

I'm sure the national newspapers would like to investigate that story.
22/02/14 Fed up Pedestrian
-3

I was in a hospital recently and it had a notice on the beds warning patients if they asked for a shot of morphine, they would be charged £20 for the privilege. This isn't even a private hospital, just straight from the NHS. Royal college of nursing say it is not illegal. I have asked Doctors what they think, but no reply yet. It's a strange world. Oh yeah, and Matrons (the real deal) ... remember one thing, those who shout the loudest!!!
22/02/14 collar
0

To the poster below, I'm not surprised you are finding it a struggle and I believe all the power struggles and nastiness that goes on. I had to stay in over night once and was kept awake almost all night by gossiping staff who ignored emergency buzzers and generally couldn't care less. There was only one staff member who seemed to be doing the work of three others! Shame on the ones who couldn't care less, they are in the wrong vocation but as long as they get paid then they'll keep working unless of course they get pulled up on their bad behaviour.
21/02/14 Fed Up
0

guys i don't know what to do !

i was a bit of a tear away when i was younger , dropped out of college with no qualifications , lived the young lads dream of holidays and sun and travelling all the time .

I was asked if i would like caring as a job and my attitude was , " why the hell not , il give it a go " . I worked for three years round the clock , being educated on the job by my colleges and spent nights reading books on nursing .. soon developing a massive passion for nursing in which a highly qualified nurse noticed and pushed me towards uni where i was to start my BSc in nursing .

Im now in my second year , looking at my friends lives of travelling the world and seeing things that i dream about . Stuck on a placment that made me relies ; Why do nurses not care about each other . There is back stabbing , power struggles, doing anything to make an individual look bad . Sat in a staff room on my break scared to start a convo because the nurses are too interested at looking on there phones. While two doctors and an OT will come in , ingrosed in laughter and stories from there days off . It seems that our career has a black cloud over it .

I love caring , i have the drive to do what i can for my patients . I will go the extra mile , then a mile more . I have the passion .

However i find myself questioning this career because it seems I'm wishing life away , i just want to do my job , then see my friends at the weekends because there is truly no companionship in this career . You listen people in there darkest hours , telling you that " i wished i worked less" and " i wish a laughed more " . Yet it seems the people closest to them at that time do not take the hints .