I am under a consultant at a large hospital for a fairly routine medical issue.  It isn't life threatening but it is something that requires bloods and investigations to be carried out promptly and in a certain order.  Initially my care seemed to be moving along nicely but suddenly, two months ago, everything ground to a halt.

The clinic visit I was expecting didn't arrive, I wasn't notified about results as requested, and my next blood cards didn't come in the mail.  Naturally concerned, I contacted the consultant's secretary, only to be told my blood results had been lost and they didn't seem to have my notes 'at hand'.

I politely asked them to look into it and made sure they had my contact details.  A week went by, so I called again.  The secretary assured me they'd found everything and would be in touch with an appointment.

Have your medical records been lost?  Join the discussion

Another week passed.  I called again, only to be told an appointment had not been requested, bloods 'had been found but not seen', and my notes were still MIA.  I should mention at this time that I work in administration at this hospital and can confirm my notes were missing; I checked! 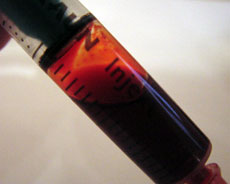 The receptionist flat out lied

I tried calling my GP to see if there was anything they could do, like contacting the consultant's office (requests from GP seem to be higher priority than from the patient).  The receptionist flat out lied, saying that can't be done.  As I work in hospital administration myself, I know that it is frequently done.

During appointments the consultant seemed very willing to help with a good bedside manner.  I felt confident in the proposed medical path, excited to finally be on the road to treatment.  It's the clerical staff that seem to be dropping the ball and being a member of the same team, I know exactly how hard the job can be.  I understand the red tape that is often involved with the job.  However, this is a well-paid job and they have very serious responsibilities on their hands that can greatly alter a person's care.  The first mistake I can understand, human error perhaps and the second one may be just bad luck.  But now I feel like its stupidity, mismanagement, and a chronic lack of organization that is keeping me from treatment.  The added stress probably isn't helping my condition either!

This kind of thing has happened to me. I went through a stressful procedure and my hospital lost my records! No apology, nothing. I have also had the same hospital delay sending out important information to another hospital. What is wrong with them? Similar things have happened to my friends at the same hospital and I don't think it's good enough.
24/02/14 Don't Lose Our Records!
0

I work in a hospital and have seen all this before. I think the problem is the staff are overworked and cannot keep there eye on the ball as much as they would like. I have said for a long time that computerising Health records would alleviate much of this and the cost saved in man hours providing case notes and searching for them would eventually offset the cost of the system. With the government targets too much effort needs to be made on reaching these goals and not enough on improving the systems. I get just as frustrated with it myself and I work there and sympathise with you.
02/10/10 NHS worker
8

Hospitals and doctors surgeries get in wrong a lot of times. My sibling had a stroke because they wouldn't listen to him complaining about a severe headache after his operation. His stroke was so bad he can never work again and can't even remember what he did this morning. He lost his career, his home etc. I had 2 lots of blood taken at my local hospital and they lost both lots of blood. I was never given the results of my x-rays and my GP failed to advise me that I had osteo arthritis and continued to treat me for sciatica. It was only 2 years ago with a house move and a change of GP it appears that I have had osteo arthritis for 10 years. It is quite disgraceful. I can now barely walk and will have to have both my knees replaced. For years I was in agony and I'm now unable to work or walk/sit for any length of time. It is shameful to hear of people suffering because someone hasn't made the effort to look at results or question a continued problem.
24/03/09 FEDUP
7

My gripe is seven years of hell from wrong diagnosis in a hospital. Now I have made a complaint through various channels, because of red tape and time lapses from one place to another the NHS will not continue to look into it as it started over six months ago. I was accused of having psychiatric problems instead of seizures but was still put on anti epileptic tablets. My wrong diagnosis was spread through my local town, and, as a result caused me numerous injuries includung a fractured wrist. I have seizures due to brain damage and carry a medical card, but I have been accused of faking and frauding my own medical card. Seven years of hell and nothing to show for it.
05/03/09 Tigger
-17

The same HR department were also responsible for the general induction week my partner attended once he started in his new full-time position. Not surprisingly, there were many examples of incompetency, general rudeness, bad management and misinformation during this week, with complaints made against some of the overseeing induction staff.
The problem lies in the underfunding of training systems, the poor selection and misguided promotion of middle-management, and the outsourcing of vital office processes to HR departments with no 'moral investment' in the world of healthcare
... Does anyone truly believe NHS staff in non-medical, yet just as vital, roles are seemingly so poorly paid, they won't do the job they presumably applied for, of their own free will? Don't make excuses for these people. They are inept and unhappy, and so should look elsewhere for higher paid work. Administration, unlike nursing, is not a specialised vocation - people are not compelled to choose this career to satisfy profound emotional/psychological reasons!
As my mum always said to my auntie at Christmas "if you don't like it, you can change it"...
14/10/08 Private Healthcare (I wish)
6

My partner, temping in a managerial role in the administrative department of an NHS mental health unit, succesfully applied for the permanent position and was to start work eight weeks later. As a standard part of the procedure, he submitted information such as his NI number, bank and pension details, etc. to the HR department, outsourced in another part of London. Unbeknownst to him, the HR department then forwarded this information to another department - at the same hospital my partner was working in. Sent by second class post (as opposed to an internal postal system), needless to say, all this personal info went missing. This initial f**kup was to set the tone for the following weeks, as subsequent information supplied was mislaid, left in in-trays, emails sent to the wrong address, etc, etc. It was apparent to my partner that the HR staff were poorly trained, incompetent and hugely inexperienced in the most basic administrative duties. In effect, due to his tenacity, my partner all but processed his own job acceptance procedure! Continued...
14/10/08 Private Healthcare (I wish)
7

As the saying goes and I think I read it here recently, if you pay peanuts you'll get a monkey. No disrespect meant to the author of this page but admin staff aren't paid much and particularly medical admin staff. One could almost appreciate why they wouldn't really care about a job done properly. I say - ALMOST, because under the circumstances its quite unforgivable
29/09/08 Lisa
-4

They are only there for the money. They are right shower, all of them. These days, if you can climb a flight of stairs you qualify as a nurse. Doctors are not much better either with unjustifiable, disgusting wage packets.

These days, you go to hospital to die or, become seriously ill. Stand need to mention the Nazis and their methods. This is far worse, you have to pay for this half a could've been a service.