I am working for a female friend and have been doing so for six months.  Just to help her with her financial problems in the company, I "temporarily" accepted a very low wage.  In fact it was about half the national minimum wage allowance.  As said I have now worked for her for 6 months and I generally do between 9 and 12 hour days, 6 days a week.  I am often left in charge of the company when she travels and I basically do everything.

She does thank me (very occasionally), but on most days she insults me, argues with me or she insinuates that I am lying telling me she has not given me an instruction when in actual fact she did.

She can be extremely abusive, to the point of swearing very forcefully, shouting and leaving the room.  She will often favour the other staff and accuse me of mistreating them.  This in turn causes my subordinate staff to ignore me.  She changes the rules constantly depending on the person she favours at the time, does not keep me in the loop and then the subordinate informs me they were told such and such by the boss. 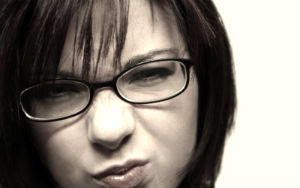 I am a very reasonable, hard working person.  Clients have noticed her behaviour (especially after a beer or two), and commented on it.  I did ask for a rise but was shouted down, yet since then she has employed other people and I know for a fact they are on a much higher salary than me and do much less important work.

I KNOW I am being taking advantage of here and as it?s only a small company with nobody else to approach I have tried to speak to her about it, but she just gets really angry whenever I try to talk to her.  I do not want to lose her friendship, but I am being worn down by her and my subordinates being constantly rude to me (not in earshot of her of course).  Whenever I mention the rudeness she says it is my attitude that is the problem and I know it really is not.

Please can somebody suggest how I can deal with this?  I do not want to leave her "in the lurch", however, I feel my health is suffering and it is as if I am constantly walking on eggshells.  No matter what I say, she always manages to pick fault with it, especially in front of junior staff which is very embarrassing.

Thank you very much.

who removed my last comment on this gripe? some douchebag no doubt! does it hit close to home for you, coward?
31/05/13 ahforfoulkessake
-5

You say you don`t want to lose her friendship! some friend she is if she consantly undermines you & shouts at you. With a "friend" like that you don`t need enemies. Why do you put up with her. She doesn`t deserve your loyalty, & if your health is suffering, you need to ditch her before you end up with permanent health damage, which is what happens to people who stay in situations like yours.
19/10/12 hairyfairy
-4

Best solution to the problem is to punch her in the mouth.Problem solved instantly.
02/12/11 Harpers Revenge
-2

Do her a favour i.e. leave, then she'll have to sort her self out. Don't forget 'A good friend will be honest to you at all times'. At times that means telling a person what they do not want to know...The truth.
At the end of the day she is employing you. She HAS by law got to pay you the minimum wage. Why help her to be dishonest, at your own expense. And sadly, at the end of the day it will be at HER expense too as she will more than likely loose one of the best things she ever had, a good friend like you.
17/11/11 Cornish maid
3

If you've stuck around this long, after she's treated you like this, I assume that she must be blackmailing you. That's the only reason I could think of that would justify you putting up and shutting up for this long.

I am not sure if you have found your answer to your situation..But if you don,t want your friendship to end ( and i cannot see why you would want a friend like her ) Then tell her in the sweetest politest way possible the truth is her attitude stinks..
02/11/11 Curls
9

Apply for another job and move on, she'll either match the pay or understand your position that is currently being abused.
02/11/11 McDonalds
11

Stand up for yourself man!

This is insane. This Person is clearly not a friend. Your being used. Offering half the minimum wage, being undermined and sitting there taking the flak for something you haven't done. You have absolutely every right to leave her in the lurch. Your 'friend' deserves nothing less.
02/11/11 Stand up for yourself man!
18

If you feel this is making you ill, get out now. She is not your friend, but is taking advantage of your loyal nature to bully and abuse you. From personal experience I can absolutely assure you that if you become ill from this treatment, it will ruin your life, while she will will thrive and prosper. This so called 'friendship' is just not worth sacrificing your wellbeing for.
01/11/11 Lynseyblue
6

Are you stupid? very very soft in the head? or both? Real friends wouldnt treat you like that, leave her in the lurch she deserves it and give her a punch in the face in front of other staff members before you leave.
01/11/11 P.C Pinkerton
10

quit telling her you don't want to lose her as a friend or advise her if you stay she's likely to lose you as a friend. Perhaps she feels threatened by having a friend be aware of her businesses financial problems and this causes her indifferent behaviour towards you?
01/11/11 mark
10

Sounds like a very poor manager/company director and an even poorer friend! Cut your losses. Perhaps this course of action might make your so called friend realise what a cow she has been towards you.
01/11/11 Youthful Griper
7

Dear me! The author of this gripe should apply to the Vatican for 'saint-like' status. If what you say is true, you are being taken advantage of, are being bullied, and should leave this so-called 'friend' immediately. She is not a friend, just a nasty 'b*tch' who is taking advantage of you. Stop being pathetic and get out now!
01/11/11 miserablemoaninggit
-2

Are you mad? Working for half the minimum wage, which is incidentally against the law for 9-12 hours a day. Friend or not I wouldn't work for someone like that.

What it's like working in an all female team

Coming into work with a hangover

Financially worse off thanks to the CSA