He then hired a man that we thought (and later figured out) had no clue as to what he was doing.  We would have to explain things to him numerous times and he still wouldn't understand or remember anything.  He ignored all of his duties and would often have our office manager do his administrative duties.  The only thing he did was answer his phone and attend all city meetings.  For nine months we worked under a man that gave no direction and had little communication between any of the staff.

When he found out that our fitness director was the interim park director until he was hired, he became very jealous of her and ultimately (and unfairly) fired her in November of 2008.  She was the perfect employee.. smart, loyal, well liked and she knew more about running our facility than he did.  The problem was he made no effort to learn about running the facility but felt he had to get rid of the only employee that he thought was smarter than him.  The day she was fired was such a set up and huge smoke screen.  He told us a week prior that we would all be having our year end evaluations, but when she went in for her evaluation, he told her she was fired!!  We were all shocked and two of us resigned our positions in protest of what this man did. 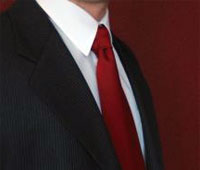 I resigned my position as fitness instructor and bookkeeper.  The community was outraged and over 150 people came together at that month's board meeting to speak out against this man and what he did. I was one of them.  For 22 years I had worked under a female director that had great direction, had open communication, was fair and diplomatic and above all honest.  This man lacks every one of those qualities.  Our board members were even against his decision of firing her.  They tried to encourage our mayor to fire this new director because they didn't trust him in the long run.

The mayor stood by his decision and said "he looked good on paper".  Fortunately, the board members along with the citizens of our city brought back the fitness director and she now reports to the board members and no longer has to work under the narcissistic, arrogant, pompous jerk that fired her.  She hired me back as a fitness instructor but because of my speaking out against him, I lost my job as the bookkeeper, a job I dearly loved.

Unfortunately my other colleagues continue to work under this man.  He continues to pass on all of his administrative duties to the office manager and other office staff and of course they don't get compensated for it.  No one says anything because they all fear for their jobs.  Every employee except the senior program director dislikes him immensely.  His personal pleasure is only being in the company of city officials and looking important.  He doesn't want to have any job responsibilities, only a title.

I am very sad that I lost my job and I take full responsibility for my actions, but it still hurts.  I feel so sorry for the rest of the staff that still have to put up with this boss.  I do get little bit of pleasure knowing that there may be a female attorney running for mayor in the next election and if she is elected she no doubt fire him.  All that I can say to the old "it doesn't have to be a man run the city" mayor is, he can go with his park director and they can lick their wounds whilst they're packing up their offices and looking for new jobs.  I pray that that happens in the near future.

You mention your director, you say she was 25 years in the same position,

Sorry you've lost me somewhere between the Mayor and interim park director. Who's doing the hiring and firing? Also is this the U.S, I always thought they ran that country like it was some quasi-banana republic?

Any country that allows an employee of 25 years standing, with a string of evaluations of good or acceptable or above, to get fired is NOT a country, it's a lunatic asylum. IF there are any good people in that country they only have themselves to blame and should be ashamed of themselves for letting it happen.
14/03/09 Chris
-2

sickening. Where do these people come from? every workplace is full of these people and especially councils are full of these wasters, come out of uni with their nice degree and get slapped in a nice job with absolutely no idea of what they're doing just becuase they look "good on paper" or they fill certain quotas. when are the people at the top the hardest workers that are at work on time every day of the year?
13/03/09 stevec
-6

London bosses out of touch with the business