I don't know if this annoys anyone else, but when I buy a DVD I don't want to spend five minutes watching the anti-piracy advert or the film trailers and the company logos, some go on for ages and it won't let you skip them or fast forward.

You wouldn't steal a car would you?

At least with VHS video tapes you could fast forward through all this rubbish.  When I buy a DVD, I buy it to watch the film I bought, not a load of annoying stuff that I am not remotely interested in.

Fair enough I suppose if you must stick an anti-piracy message at the beginning, but please let us skip past it once we have seen it a few dozen times!  The people who HAVE copied versions of the film probably won't see this message anyway.  Those of us who are honest enough to go out and BUY the DVD are FORCED to watch messages about not copying films every time we want to watch a movie! 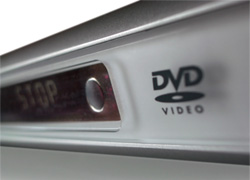 message is clearly going out to the wrong audience

What's the point in making the majority of honest people suffer because the message is clearly going out to the wrong audience!

I used to copy loads of dvds and you are right that message wasn't on the copy, sorted, lol
12/02/21 Lumsden Abbott
53

Not sure what went wrong there.

It should have read, experiences of Netflix and Cinema Paradiso
27/04/14 Petra
1

I had a DVD rental contract with Lovefilm which I was happy with for years but they were taken over by Amazon and now the rental interface on the Amazon site is a mess. Movies are not available to reserve much in advance and the titles you can reserve are not in date order on your list. It’s a messy confused interface and Amazon seems to just want to get you to buy DVDs from them rather than provide the DVD rental service that you are paying for.

There used to be Screen Select, Lovefilm, Blockbuster and many other rental companies but now the only real alternative is Cinema Paradiso. I might try Netflix but my connection is not always that reliable and I really want a dvd rental service as well as being able to stream movies.

I would be interested in posters experiences of cand Cinema Paradiso.
27/04/14 Petra
12

spot on - the non skippable adverts and copyright on dvd's has stopped me buying so many - and the adverts in the cinema stopped me going years ago. Why pay high prices for what could be a rubbish film and have to sit thru bloody adverts?!?
It all certainly led me to download sites.
18/02/13 ted
7

Just visited the local Odeon to watch Promethius and had to sit through a staggering 30 minutes of adverts for rubbish beer, mobile phones, junk food, sweets, rubbish films that no-one in their right mind would want to go and watch - Abraham Lincoln vampire slayer - give me a break............

Won't be going again and will be laughing my ass off next time I hear the industry whining about their profits waning. If you produce shit, then you can expect to reap what you sow...

I also noticed the "premier seats" extending into what would usually be regarded as the normal seating rows and the whole experience has become a shameless tatty stealth raid on my wallet just like a Ryan Air flight....

Sell more quality product for less money with no hidden time wasting, not rocket science is it??
05/06/12 Schmal
7

I'd so love to be a shop assistant in an LA department store when a movie exec brings an item he or she wants to buy to my checkout. I'd harangue them for 9 minutes over the background of loud hard rock music screaming at them that it is wrong to steal, even though they are standing in front of me waiting to pay.
22/05/12 HollywoodShopAssistant, I wish
7

I find this is a particular problem when the disc is slightly scratched or dirty. Each time a film stops, you are then forced to watch the warning again.

I totally agree with all the negative comments. I find the ads overbearing,bossy and intrusive and counter productive, because it discourages me from buying a legal copy. It is especially annoying when you have bought a TV series and are subjected to the advert for every episode.

If anyone happens to travel to Germany, you can usually buy the DVD with an English soundtrack for less without the nagging prelude.

My non tech solution is this: put the DVD in your player with your TV switched off, wait for a few minutes until the DVD plays, press DVD menu and then switch the TV on.
27/03/11 david119
16

I agree entirely and will only buy pirate copies from now on so the advert has had the opposite effect. I BOUGHT the damn thing and have to suffer the proselytising but if you buy pirate you don't.
26/03/11 a****enoyd
9

Mr Perkins Is that the young man next to the Asian guy selling Chinese tools of similar quality? I know the one. The excitment of waiting weeks sometimes to see the end of a movie is great isn't it? & the money you save, I bought a pair of thicker glass's & a hearing aide with mine.
20/02/11 Boblet
4

I avoid this problem by only buying films from this lovely young man I know down the market, his films have no adverts or piracy warnings whatsoever, he even prints the covers for them himself, why only 2 days ago he sold me The Mechanic, True Grit, Yogi Bear, The Kings Speech, The Fighter and a copy of the film Mandingos Cock Puppets volume 2 for the sum of £5 the lot, hes great a lot of the time his films arent even available at the shops or the cinema well done to him, my Grandchildren were over the moon with Yogi Bear and after I watched the Mandingo film my wrist was aching for all the next day, its nice in this day and age bargains can still be found.
20/02/11 Mr Perkins
7