I remember well, the television broadcast days of the 1950s here in the U.S.  We always knew in advance, via newspaper when a favorite program was going to be aired, and would sometimes invite a special friend to share the upcoming program.  Today, when I receive company, I simply ask if they wish to sit down and view some commercials, as I do not subscribe to any of the commercial free channels such as HBO etc.

While I find all commercials particularly distasteful, and annoying, it is my understanding that there are many viewers that enjoy commercials.  That is understandable, and I have nothing negative to say about their chosen interests or viewing habits.  Personally, I'm a high-speed channel surfer.  I usually line up three different programs that are being aired simultaneously, which allows me to dodge all or most of the commercials.  You may think of this as a difficult task, but I assure you, it is not.  To maintain sanity, I have adapted.  Actually, I find it difficult to remember a single program in its entirety do to the length, and frequency of the commercial breaks.  (much of the program detail and interest fades) I have also found that I can actually do a few dishes, make a pot of coffee and use the restroom during commercial breaks.

I have no problems with sponsors that pay the networks to advertise their goods and services.  Since these commercial advertisements are already being paid for, why must I pay the cable companies to watch that which I totally abhor, (commercials)?  Kind of double dipping isn't it?  I even wonder if it's legal. 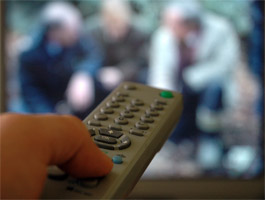 In all honesty, if the sponsors are looking to make a living off of me, I can assure all of them that they each would starve to death.  If I could purchase a subscription to the subscription channels only, then I would feel as though I were being treated fairly.  I would gladly spend $60.00 monthly for HBO and two additional commercial free channels.  They could give my basic cable to someone who enjoys paying and watching commercials.

To be fair, the networks should collect advertising money from sponsors and the viewers should not have to pay the cable companies to watch commercials.  At any rate, my interest in cable television has waned .  I recently visited a friend that went back to broadcast TV via antenna.  I was pleasantly surprised to find that HD is free on the air.  Most if not all cable subscribers charge $10 - $15 per month just for the very same HD programming.  Personally, I think we have all been had.  The cable companies have to be laughing at all of their subscribers.  After all, they tell us what and when we will watch, as well as how much we will pay.

I think this fall I will be putting up a brand new TV antenna on my roof.  I already have one at our vacation home, and although the commercials are the same dull, nonsensical, made for moron viewing, I don't have to pay to watch or dodge them.

We only have the Freeview channels in our house, we find plenty to watch on them and would rather spend more money on holidays than a Sky subscription; although I must admit to finding a few things by less legal methods; but only when it's something that has been shown on Freeview for a few seasons and then dropped. I don't think it's fair if they start showing something free and then expect you to pay to watch the rest.

I have a Humax recorder and record everything we want to watch. That way we can skip all the adverts and binge watch series if we want so we don't have to watch all the "previously on" bits either (or try to remember who everyone is).

If I do miss recording something we use the catch-up service, but hate it really because of the time spent buffering, and you have to sit through the adverts.

Yeah, it's legal for broadcasters to double dip with subscription fees and ads, both of which are climbing -- the cost of subscriptions and the number of ads per broadcast hour.

It's also legal to cut your pricey cable TV service and opt for streaming only content -- that is, if you live in an area where you can get affordable broadband.

I get no over the air reception where I live but have cut the cord and now pay $23 a month for ad free streaming services. I now find cable unwatchable, and would resubscribe only if the cable companies payed me to do it... In which case I would leave the TV off and happily collect their checks.
05/04/16 Gourdman
0

i hate commercials,the cable companies have it all wrong, i use the internet to watch tv, and guess what, NO COMMERCIALS.90% of the time when u go online to watch a show and use a guest account the are still no commercials,for real, pay an online service and there are NO commercials, u would think thank that if u pay premium service they would do the same, WTF, why pay for that cable crap, i could care less about the dam slap chop or shamwow, cable is a scam and full of money suckers,PROTEST THIS AMERICA, WE CAN STOP THEM, the home shopping network has it right, sell your crap there, not during the walking dead.
24/02/14 DORKUS-COMPLETUS
3

I record most stuff too (which isn't much actually because most TV is dumbed-down nonsense). Then I can watch and skip all the annoying ad breaks which not only break up the continuity of a movie but stretch for 6 minutes sometimes. And there's usually advertising of programmes coming up - more nonsense. :(

Adverts are for idiots, it's true. Only the feeble minded can be influenced by TV advertising.

I record everything on cable, never watch it live. Skipping ads is so easy.
14/08/13 BransonBitch
-8

Isn't it a definition of stupidity to pay a supplier for TV only to have your viewing peppered (and ruined) by adverts every few minutes? Dumb asses.
22/03/13 Alien 3
-3

its all just a massive scam to rip people off
cr*p product at a massive whack price
sanctimonious twunts...
18/03/13 immenstrides
-7

This is a good gripe. Always amazed at the popularity of a satellite service which requires you to pay subscription fees then has seemingly endless adverts and "sponsored by" nonsense on all channels! I should say this is here in the UK, but doubtless true in the US and other countries.

Could it be the business model is prohibitively expensive for the end user without all this commercial financial input? I suspect it probably is.
05/02/11 Dave
-3

Freeview seems to be being paid for by porrnergraphy. Every month a new porrnergraphic chanell opens up. Other more constructive channels close down.
12/01/11 Filth is Rife
-4

I was advised as a lad by a toolmaker called Frank Fiddler not to take critisism of somone who has not praised me for doing something good in the past, When the BBC supplied & fitted a Sky dish & digi box for free, I was very impressed, what a forward looking company said I to all who would listen. It is very sad that advertising & what's on next clips, mingled with other time wasting ploys, is eating at the roots of what was good TV, take note British TV when your viewers leave you so will the advertisers
01/01/11 boblet
2

I am a 53 years old and I remember when commercials were on every say 15 minutes or so and they only lasted for a minute or two now they last for 2 to 5 minutes almost every 7 minutes the show is on. When I watch a show online like one life to live, (which by the way is an hour long show) it was only on for 37 minutes and most shows are from 43 to 44 minutes long, wow so now I don't watch TV anymore on the set. I watch all my shows online now and I am even thinking of giving that up as well, I know there is a need for commercials but come on now this is outrageous every time we buy a product we pay for TV. We should have a say in it. We are a customer and no matter how much they tell us our TV is free, we do pay by buying products!!!!!! As far as Cable why should you ever be submitted to commercials when you pay directly to the company and still buy products they sell????
31/12/10 Anon
-6

see, this is the reason freeview boxes are the way forwards.. yes you pay a one off for it, but then you get better channel selection than terrestrial on its own, AND you dont pay any monthly subscription.. now if I could get my favourite channels on freeview, i'd be laughing
07/10/10 RichM
-10

Its a joke first you buy the chanels movies sci fi etc months later your favourite programme is not on anymore or moved to 3am in the morning. the charges creep up ohh did not notice that then the chanel is removed. adverts get more frequent and before you know it you would rather watch a re run of your good old chanel that was free.
I suggest we all take a stand I intend to stop my subscription and get on with something else rather than tv. I pay for something to watch not to be brain washed and do not want to pay more just for ad free tv I expect that or I should just watch the free stuff I am right yeh!
05/08/10 last resort
-12