Every time I try to record a film on Sky Movies, I get the Enter your pin number message at the bottom of the screen and the film doesn't come on until you enter this pin number.  I phoned sky about this and basically asked them if I could get rid of this procedure as it was inconvenient.  They told me that it was for parental control and it goes on all night until early morning.

I don't have any children living at home (they are all grown up now and even if I did have young ones in the house, I don't think they would be up all night watching movies on Sky.  So Im starting to wonder if they are really doing this to stop you recording films when you are not there.  Well if thats NOT the case, then why can't you override this annoying pin number? 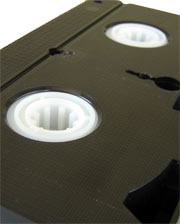 I only used to record films because I wasnt around at the time they were broadcast and wanted to watch them later on - at my convenience!  They have basically taken away your right to choose when and where you watch the film and I for one will probably cancel my sky subscription because of this.  Without the facility to record films unattended Sky Movies isn't really any good to me.

Besides, the amount of new movies you get on there each month is actually decreasing so when I think about it, is it really worth 36 per month?  Also, I think the service you get from Sky is getting worse anyway.  Just ask anyone who has tried to phone Sky customer service with a fault or a complaint recently.  Its not a pleasant experience and has been going that way for years and years with no sign of improving in my opinion!

Too bloody right JD73 but you've got one thing wrong "The majority is white". We're rapidly being washed out here because we're part of the EU.
25/09/15 James
-1

To blighters blighty...saying negative things about British people isn't racism. Racism has to do with race. Your genetic makeup. It has nothing to do with nationality. Please learn the difference. In the UK there are many races. The majority is white. Funny that....just the same as in France Germany and the rest of Europe. Black is a race. White is a race. But not British. Bizarre really. The only English speaking nation where people think nationality is a race. In my English speaking country, you know, the one that actually IS racist (the US), we know the difference between the two words.
24/09/15 JD73
6

I havnt got sky movies, but if you like I can come round and enter the pin number for you, what shall we watch, I love cowboys, not literally but a good old fashioned shoot out at the ok coral, yeehah
10/07/14 www.easyhandyman.com
0

Pablo. Do you think you could stop with this Racism please. One thing you ought to know is that Racism is illegal in the U.K. You've been reported so with any luck we'll expect you in court.
15/04/12 blighters blighty
2

@ The pin number is a legal requirement if sky did not put pins on age rated movies we would have to watch films which are rated as pg all day. This is only a British law were the idiots in the UK thing they are better than every one else when infact they are less superior than most of Europe. If they had their way everything about s ex would be claimed to be bad and banned. It is the only place in Europe you would get arrested for going topless on a beach or even more alarming your own garden. People have been charged for indecent exposure for walking around their house naked. Now WTF is that all about?? The most alarming fact that the UK has this extreme censorship yet we have more teenage pregnancies than anywhere else in Europe. The UK is a laughing stock in the rest of Europe and is only getting worse.
25/09/11 Pablo
-20

I only have the family package on the multiroom at home and when I play a prewatershed movie it's not asking for a pin.
23/06/11 Jude Campbell
-14

I would like the questions to be answered about the troubles from back in the past.
23/06/11 Jude Campbell
2

Some questions still remain unanswered about the troubles what happened in Northern Ireland a very long time ago.
23/06/11 Jude Campbell
1

There was rioting in Belfast on Monday and Tuesday night. Are people going get the button of the troubles what happened in Northern Ireland from back in the past.
23/06/11 Jude Campbell
-11

On Movies4Men+1 Hour it says no satellite signal is being received and first 1 is working ok.
23/06/11 Jude Campbell
-8

It only happens on the Thomson Sky Digibox in the kitchen. The Channels are ok on the sky+HD Box in the living room.
22/06/11 Jude Campbell
11

After I turn my tv on at the mains in the kitchen, Once I go to Sky Sports News on channel 405, It say no satellite signal is being received, then the picture shows up later after that to let me watch Sky Sports News after the message goes away.
22/06/11 Jude Campbell
-19