Purchasing PC software in a store or downloading it from the Internet often requires registration to avoid illegal copies being used and it is only functional or partially functional for about thirty days.

I have purchased various PC software but because I am so often making changes to how I use my computer I end up reinstalling the software several times and if there are any problems, it is often best to do a complete reinstallation of everything in case any of the image files I have of the partitions are corrupted in any way.  Also, I have several operating systems on one PC as well which requires individual installation. 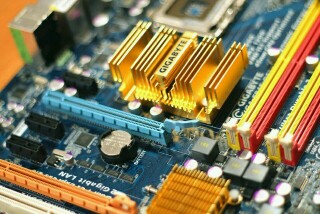 Unfortunately, with only a small number of uses within about five months of purchase, several companies I purchased software from online and using the same computer, I have been denied registration because "It has been used on too many computers" or "Exceeded the number of registrations permitted".

I have tried to get in touch with these software companies by various routes only to find I don't get an answer, so if I am not allowed to use the software I have paid for because they see what I have done as the equivalent of illegal copying or sharing it out, they are narrow-minded fault finders who assume something that is not normal is wrong - it states for use on one PC so if I wipe the PC and reinstall it 100 times I am not breaching what was agreed.  There was nothing to say that I could only install it a limited number of times.

If the software on their registration server was advanced enough they would be able to know that all registrations are on the same PC so it hasn't gone anywhere else, so if they can only assume it has been installed on too many PCs because of the number of times I have reinstalled it on one PC then they are doing nothing more than undermining the freedom of their customers and are in breach of contract.

This is the ideal way to lose custom.  Three companies who haven't answered my queries are:

Symantec Norton products for computer security, utilities and backing up;

They will not get a penny in custom from me again.  Instead, I keep getting 30 days trial of their products over and over again by wiping my PC because they don't know it is the same PC I am using.

By: Professor Plum from Cornelly

Spyware and viruses slowing down my computer