Oscar time already, the time when one of Hollywood's most exclusive clubs get it together and come up with the Oscar Nominations.  Who's it going to be this year?  What's the best film, and who's the best actor or actress?  Who's going to get an Oscar and who is not?

More to the point, how much more celebrity backslapping can we actually take?  Where do they get these voters from anyway and what on earth are the Academy Awards really all about?  I hear that Academy membership is a lifetime invitation and that these folk are some of the most accomplished professionals in the business.  Really?  Where can I sign up, because I know a good movie when I see one too!

Since the majority of them most likely come from the same back pocket in California, the awards are hardly likely to a fair representation of what the viewing public think of a particular film or artist.

I think people take the whole thing too seriously.  If a certain movie, actor, actress, producer or whatever happened to win an award, does it mean that it’s a great film that you just have to go and see?  Of course it doesn’t, it just means that they gained the approval of a relatively small number of people in the movie industry.  That’s all! 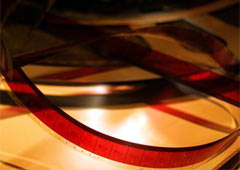 Everyone has his or her own unique taste as far as entertainment goes and what one person likes, some other person may equally dislike.  I would be inclined to advise movie fans to check out the votes on IMDB rather than place any faith in the results of the Oscars.

Choosing a movie on an evening is a serious business, and I’d say it would be far better to listen to the views of people who actually enjoy the films than a select few that are too close to the industry.

I don't take much interest in the awards and the Oscars myself, but there comes a point when you can't turn on a TV or pick up a newspaper without catching some snippet about who has been nominated for what, who's in with a chance of an Oscar and who's likely to be snubbed.  It's quite literally in your face everywhere you look.  The media play it up and make a big song and dance about "The Oscars" and the nominations as if it’s the most important thing in the world.

Get a life guys.  It’s just entertainment, and if Bob and Julia over there don't get a golden statue, it's not the end of their careers you know!  We’ll watch the movie and judge for ourselves if they deserve any recognition for their achievement.

Did you all know that the Oscars were named after my friend Oscar Framlington?
25/09 Chinese Liars
1

well said mardi gras.
You do get all these idiots who look down their noses at "commercial films" ie ones that make money because the public paid to see them either in the cinema or on dvd.
Its those "commercial films" or that make money so that other films can be produced.
The Oscars are a joke though some good films do win, as they're only voted for by those in the industry.
Its just a networking exercise so that those who want high-paid jobs in hollywood and those who can offer them can meet up at a party and self-congratulate.
10/08/13 ahforfoulkessake
6

Lordi, Lordi and heavens to betsy is everyone else pig sick of hearing about the Oscars. All the news channels this morning were full of it. Just goes to show that there isn't much else to say then!!

I also feel sometimes there are newpaper articles that I would consider to be of interest to the general public but they never mention them on the TV. Like the article about most people would vote for a far-right party if violence wasn't part of its agenda. I find it strange as this article was in many newspapers but it never got a mention - hmmmm.
01/03/11 Steffie
1

the problem with the oscars is that they always give them to obscure movies that have no real commercial effect on anything. how many people actually went to see ''an education'' at the cinema. avatar is the most financially succsessful film of all time yet it has won no oscars. this goes to show that the academy and the film critics are not in line with popular taste.
06/10/10 mardi gras the candyman can
-39

Proof yet again the academy awards or oscars is a pile of sheite. The Hurt Locker was one of the most boring films I've seen in ages. Avatar should have won best picture without a doubt.
11/03/10 Mark
4

Taking off her clothes all the time and then thinking she's a good role model for her kids. Yes, she's a good actress, but isn't it bad enough she never finished school? Isn't her husband Cambridge educated? What is he doing with her?

Didn't she just drop out of school and shack up with some dude twice her age when she was younger? This woman worries about what the world thinks of her weight, but she can't be bothered to be a smart, classy lady who's a good role model to her kids. Plus, she smokes. No wonder why you already have wrinkles at 34. At 35, you will have an Oscar, but you'll have smoker's pucker. I'm years older than she is and have not one wrinkle to my name.
11/02/09 Kate Winslet's Nemesis
-5

It's all pointless posturing and nonsense in my opinion. Anyone who loves movies can make their own mind up and show their appreciation by either buying the movie when it comes out on DVD or going to see it at the cinema. There are some truly great actors and actresses but all the glitz of the Oscars is a load of old tosh, so who cares?
20/01/09 William
12

Oscar awards are a load of tosh. Who in their right minds would listen to the opinions of a bunch of hooray henries with pokers up their behind. Nonsense!
15/02/08 Sean
4

Oscar nominations are all a load of rubbish in my opinion and the movie industry only looks after it's own little private club. It's nothing but an event so they can happily slap each other on the back and drum up a few extra dollars to boot.

What they don't realise though is we're the ones with the power - we will vote with our feet and decide on the best movies regardless. Actors and actresses deserve recognition it's true. But some of the egos out there really need to be tamed!
30/01/07 Movie buff
-14

Also, films like Amelie don't do as well as they should at the Oscars because of the language. So the background thing creates problems.
03/02/06 nom
2

Overuse of the word 'issue' in the media