Sky have now changed the format of their movie channels and in my opinion, Sky Movies can no longer be considered the same value for money that it once used to be.  Maybe they thought that it was a clever move because it has allowed them to reduce the amount of movies they air, this may well reduce their costs and increase their profits, but I think that in the end it will eventually just lead to more cancellations from subscribers.

With the number of repeats shown these days...

Besides, with the huge number of repeats shown these days you would be better off raiding the bargain bin down at the supermarket.  It made me laugh recently when they put on that old movie "The Karate Kid".

How can they consider that to be a modern film?  Come on Sky, let's have one or two blockbuster movies at least and a few less repeats! 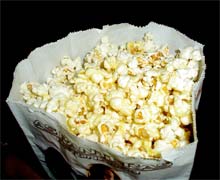 Maybe like some other large companies in the UK I could mention, they are simply out to rip off as many people as possible and have no idea of what good customer service is.  I do hope not, but it certain feels like that and as a result, I decided to cancel my Sky movies subscription this morning.

At the moment I am actually looking at a broadband TV provider in the US.  They are offering me a better choice of programmes and features for the same money that I currently pay Sky.  How can I refuse?  If this service is any good I will of course spread the word and promote it on some of my own personal web sites.

Why should we put up with the same old recycled movies again and again?  Well we can vote with our feet and maybe, just maybe, someone at Sky will listen.

Why have sky got so many film channels with the same films being bounced from one channel to another and changing the names of some of the channels so they can show the same films again and again. Plus the number of films they keep hold of in the pay channel is ridiculous and now and again release one to the main free movie channel
Rip off yes indeed and you also find films that were free have gone back to the movie pay channel. Time they sorted this mess out so the viewer will get value for money.
06/05 RiP OFF.
0

I agree, will be leaving sky ASAP, have now got netflix and amazon prime, less money more choice.. Goodbye Sky learn to give value for money
25/10/20 Joanna
3

i thought years ago the price of sky movies an sport were starting to be a rip off cancelled them both dropped down to Â£30 a month joined amazon if i'm interested in watching a film i buy to watch it sky charge Â£5:99 amazon 4:49 so sky rip you off with everything an with amazon i get free deliveries when i buy something from there website so worth it!
13/12/19 bud
6

I also must agree . Sky has to many repeats on tv programs. Movies are old & not up to date especially what you get from Netflix & amazon.
13/07/18 Paddy
4

I must say I totally agree. Sky have totally ruined what was already a questionable movie premiere system. The vast majority of the " daily premieres " would not qualify even for what used to be called " B movies ". Cheap, churned out, straight to DVD rubbish.
17/02/18 Roberto
5

Sky is a complete waste of money especially the movies. You try and search for a good movie but guranteed you will have to buy or rent it in sky store it's a complete rip off. The marketing manager thinks that putting great fights, great films and best entertainment on channels that you have to pay more money for is thick and basically should be sacked.

My friend has just cancelled sky after a long conversation on the phone... typical. I promise they will offer you half price sky when you complain but stick to your guns and get rid.

I agree. The new Sky cinema is a ripoff, now we get one new film a day usually cheap, nasty imports with subtitles, or kids films. Scifi horror channel is often filled with Starwars films played over and over for days on end. The other channels swap around playing the same films. Sky must be laughing at us. I will be cancelling the movie subscription. It will be cheaper to by a new film that you fancy once in a while then to pay for sky cinema. I usually end up watching Film 4 or the other free film channels.
12/01/17 Sue
5

How many times has "The Royal Tannanbaums" been on Sky in the last couple of years? And why five stars?
16/11/13 Michael
0

paulhatesskytv....I agree about all the adverts. That's why if there's something on a commercial channel i record it so later I can watch it and skip through the rubbish, which includes advertising future programmes I've zero interest in.
22/09/13 VeronicaVeronese
-4

Sky tv what a load of bollocks. Repeats and insurance adverts. If you can sit down and watch anything more than 8 minutes of tv, then its a bloody miracle. Every 8 minutes, follows 6 minutes of adverts, followed by more repeats.
22/09/13 paulhatesskytv
-2

hey sam, why don't you do something useful instead of sittin in front of tv all night. what a waste of time. what a pointless existence :(
18/03/13 laser rifle
-10

Pffft £90, I pay £113 a month n find myself sat there from 8pm onwards with absolutely nothing to watch, Beginning to become a complete waste of my money. And as for the movies, I've had to get Netflix aswel skys that shit. Haha x
11/03/13 sam
-8

I have been with Sky for years, including paying for Sky Movies. What do I get? Usually, American comedies that are far from funny. Long-term customers get no rewards. Not even a free Box Office Movie!

Sky Movies are still in the 'new customers only' mode!