I donâ€™t have a TV and there is a very good reason for that.  Apart from the mindless dribble that one has to endure and the prohibitive cost of the television license, there appears to be an endless stream of adverts to contend with these days!  I understand that television programming has to be paid for somehow, but must we endure nearly half a dozen advert sequences in every TV show.

I happened to spend some time watching television over the Christmas holidays.  One show that we watched was called CSI (crime scene investigation) or something along those lines.  Anyway, the programme was only about three quarters of an hour in length and just as I was getting into it, there would be YET ANOTHER commercial break.

Itâ€™s extremely irritating, especially as itâ€™s the same adverts again and again!  Why do we have to have a commercial break every ten minutes?  Surely just once or twice would have been enough.  TV commercials are okay in small doses, but itâ€™s really something else when the adverts are almost as long as the show itself! 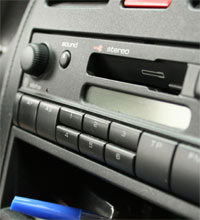 Adverts on the radio really grate on my nerves as well.  I often listen to the local stations for traffic reports and a bit of music on the way to work in the morning.  Unfortunately, you have to put up with these stupid jingles and adverts that seem to be even more frequent than TV ads! around.

Also, there seems to be a lot less variety with the radio adverts; itâ€™s the same one again and again.  I have heard this particular Freelander Disovery advert so many times that I can almost recite it word for word!  Add to this the complete tripe that some of the morning DJâ€™s spout out, itâ€™s really no wonder than a lot of people switch off and play a CD instead.

Another major offender is I Heart Radio. Last month they played the extremely irritating "Kars for Kids" commercial approximately 120 times per day. Enough! I complained to them, they of course did not answer. They just started it again yesterday; good-bye to them. These companies could care less about listeners, all they want is the money. How can this supposed charity afford that much advertising? And how about those deceptive disclaimers featuring a "speed talker?" You get some moron blabbing at 200 miles an hour; obviously they don't want you to understand the disclaimer, but when you sue them for something they can claim you were warned. Advertising is no longer designed to attract customers; it is designed to deceive them and lie, with few exceptions. The My Pillow guy is starting to get on my nerves too; how can he afford all these ads if everybody "cancelled" him? He's on every five minutes on Fox and Newsmax.
16/06 chuck
0

One of the worst offenders is Geroge Noory's Coast to Coast AM radio show. There is a 14 minute break at the top and bottom of the hour, and they have taken to stopping the show three minutes before the top and bottom of the hour. The breaks vary a minute or so, but generally you are looking at over 50% commercials. You can see this on Youtube, where a two hour segment will be repeated ad free. Length ranges from 49 minutes to a little under an hour.
16/06 chuck
0

I could not have worded this piece better, myself! Well said my friend.
06/02 Westward.
-1

One last gripe and I'm gone. the noise that comes out of the radio & tv is something else when you cant hear the narrator speaking because the so called background music is in the forground .any body else noticed this -------fred
04/01 fred
3

What is the point of moderating are you frightend it might upset them?
04/01 fred
1

I'm sitting here writing this because like everyone else I can't stand
the bull---- that comes out of the box, also the parasites wanting money for so called charities.(how many are there now ?)
04/01 Fred
4

Hi, I totally agree. Synchronised Free View ads to hold you captive? They are playing with fire as they will kill their dubious credibility. Most people sit it out on their smart phones or watch Netflix etc. I have baled. UK radio sucks. Too much "News" too.
21/12 zedaxe
2

I detest the amount of ads on TV and YouTube, I wish I still had Sir William's phone number, he was very influential in the advertising business.
15/10 Lexus V8
17

@Jethro fakes, Dear,Dear, only two more red ticks since yesterday, you brain deads must be getting weary. I'll tell you what. Write a nice begging post for me to stop disrespecting you and I'll consider to stop pulling your strings and making you dance to my tune, How's that?.
09/10 Jethro
-33

@Jethro fakes, Keep the red ticks coming, they make me feel so superior to you brain dead freaks that waste oxygen. Plus, I love being the center of attention in your wasted little bitter lives.
06/10 Jethro
-43

The AA TV Commercial is the most annoying for the last few months now, Not for its content but sheer repetition on every channel on every single TV break How can the AA breakdown service afford this instead of making the service cheaper oh No, And has anyone noticed the volume on all adds is unbearable in case you should be making a cuppa instead watching these garbage TV adds, I have to watch with the remote in my hand with finger on the mute button.
15/08 Leon
65

That Dominic Cummings is a real 5hithead I reckon!!
21/07 Neepsy Hardcastle
105