My gripe is with the computer games industry and how they have us over a barrel these days.  They can basically get away with charging whatever they like for games and we just carry on and buy them!  Cheap PC games are a thing of the past and I personally think that games are way too expensive.  If they seriously want to combat piracy, they should reevaluate their over-inflated profit margins and sell PC games at a more reasonable price.

Online gaming in particular is a growing industry and I feel that consumers are being taken advantage of.  I'm not a particularly serious gamer myself, but I like to play occasionally and feel that forking out somewhere between ?20 and ?50 for a game that I may get tired of or play only occasionally is a bit much.  I'm referring to PC games here because that's what I play but console games are just as expensive if not more so.  I've seen the price of the boxes in the shops, although that doesn't seem to deter the teenagers.

Why are the games so expensive then?  Is the inflated cost because of the marketing, packaging and distribution?  I know that a great deal of effort goes into developing games these days, but surely costs can be cut in other areas?  Like many people who play games, even those of us who only play occasionally I hear about them on various web sites and discussion forums first.  If they are good enough, the games will practically sell themselves. 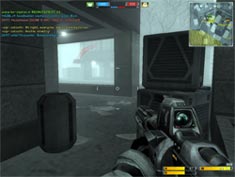 As for the distribution - with the advent of convenient online systems such as Steam and EA-Link, surely the more tech savvy gamer would be inclined download rather than leave the comfy armchair and brave the crowds down at the game store?  There again, maybe that's their only contact with the real world!

The bottom line is I think way too much money is spent on tackling piracy and the excessive promotion of games.  How about in-game advertising as an extra revenue stream?  I'm sure most gamers would be okay with this as long as they can still shoot stuff.  If done cleverly, this interface with the real world could in fact make the game more interesting.

If they could just sell them a bit cheaper, especially for copies of the game that are downloaded directly, then surely the target audience would increase proportionally and the money would roll in!  It would either eliminate or seriously reduce the problem of piracy.  An additional bonus would be more players online, a better gaming experience and of course more serious players queuing up to rent game servers.

Why bother, I got three books for the price of one video game, they are just to expensive to bother with
13/04/13 carter
-2

Actually things have changed a lot since I wrote this gripe and you're right, steam is pretty good value for money. In fact some of the games are free and they're not all demos either. For example Team Fortress II and the new Microsoft Flight one. Other games are only a few quid. Still, there's nothing quite like free is there?
22/04/12 Original Poster
-7

I am not doing the sales pitch here, but found steam (http://store.steampowered.com/), by far the best place to get games...you even get bundles offered for entire slews of games from the same maker for much less than normal...The games work, even of the original does not, but should (pc spec depending) and best of all, you can have backups that save downloading the whole lot again if you rebuild. You do have one or two drawbacks and they are you can only play the games when you are connected to the web as well as if you have the same setup on more than 1 machine, you can only be logged in on one of them at a time, but at least it is cheaper, more reliable and the best thing is even if it stops working, you click the fix button and its working once again. try it and use the free to play option to test the water.....
21/04/12 1rule4all
-5

Yeah, PC games are cheap compared to console games, so that argument pretty much dies immediately for me, most PC games hit the shelves at 29.99 new, with console counterparts of the same games, releasing at £20 more, they're cheap in comparison. It only starts to cost a lot if you find you then need to seriously upgrade your computer
04/02/09 Supernautus
-3

I wonder how much of the potential use alot of gamers get from their games. I only own one (being old, grumpy & sad); it's Simcity 4.
I had it for Christmas about 4 years ago and have had countless hours of entertainment from it, and will certainly get many more; so many in fact that although it cost about £29 it probably breaks down to a few pence an hour!
If the potential hours of use for all games is about the same, as I suspect it is, then looked at this way they seem cheap!
08/10/08 grumpyoldwoman
-4

Yeah, maybe the older and crappy titles but the new ones still are still very expensive relatively speaking. If they were all a tenner a pop then that would be fine.
24/07/08 Tight git
-17

Don't know how it is in the UK, but PC games are often cost $10-$20 less than XB360 or PS3 games, which makes the whole "Cheap PC games are a thing of the past" statement a bit of an exaggeration. PC games also depreciate a lot faster than console games, since publishers don't have to pay royalty fees on them. If you look on Steam, there are plenty of high quality games that cost less than $40. Please figure out what you want to gripe about. Steam and EA link are bad because they're convenient? Running out, wasting time/gas to go to the mall, and standing on line is NOT my idea of a good time. Why not gripe about Amazon.com too? All those books and DVD's bought online and delivered to peoples' doorsteps must keep them indoors.
24/07/08 Vice
-4

Games have stayed around the same price level pretty much since the beginning. It's only recently, with development costs rising to tens of millions of pounds have the prices risen and stayed up at around the £40 - £50.

I remember The Legend of Zelda: Ocarina of Time being £60 when it came out on the N64. Streetfighter too was £60 when that was released on the SNES!

Don't get me wrong, I still think games are a little too expensive, but I'm glad the prices haven't gone up too much...
12/03/08 irononreverse
7

Some games are a bit pricey for example the games that are low rated get a lower price not a usual 30-40 price range. I see that some are sucking for to much profit and some are just making those prices right when the game is a big hit. I don't know much about pricing but only that certain games that have been sent back to the store more than any other should get a drop of price on the second week. Not hard that is what computers are good at. Pricing can change in an instant and computers can read really fast to the point that the human mind is getting tired of getting these high priced down the toilet games. Bahh!!
27/12/07 Kytost
-25

Game Quality Control: Right on. As soon as a film comes out ie. Pirates of the Caribbean, Surfs Up (please insert film of your choice). There immediately follows a low quality PC and console game to milk the consuming public. It all stinks!
03/10/07 Moffat
-8

Socialism in one country

If you think videogames are bad in Europe or the States, try south Africa! R500-600 (about £45), no second hand games, most are crappy rugby or cricket games anyhow. Besides, if you buy secondhand (like any sane person should if capable) you'll only pitch about £10-£20. Pc games, however, are THE BIGGEST CORPARATE SCAM IN LIVING HISTORY. Yes, ladies and gentlemen, that's including enron, big cement and artifical fertilisers. You pay £500-£600+ for a decent-ish rig, another £30 for each (expletive removed) game AND NEXT YEAR THE DAMN THING'S OBSOLETE! Do manufacturers think we're capable of shelling out that kind of money every few years just for the privilidge of buying another one of their games.This enrages me a great deal, although I personally recognised their little scheme several years back, and have simply decided to subsist on old, classic games untill its absolutely neccesary to upgrade. Consoles are slightly less evil, as they maintain a steady performance level that developers have to work to, rather than continually altering the requirements. Though that may change (if it does, I will cave to preassure and simply take up rugby full-time). We cannot stand for this flagrent, heinous and crude abuse of our rights as consumers, indeed, we must organise to protect ourselves from this. Gamers worldwide! Unite against this malevolant, vampiristic corporate entity that seeks to pander to the elites and parasites of society, and so disregard the very community that created videogames as they are known!

I would like to abolish, burn, destroy, remove completely all references in the world to

Dungeons and Dragons
Lord of The Rings
Star Wars

and every game ever produced and made based on a book or film or so-called Adventure game.

These genres have produced some of the worst games in the computer industry. They sicken me.
11/09/07 Game Quality Control
-2

If you take into account the sheer amount of work and development that goes into top class games, the prices are very reasonable.

It takes roughly around 3 years (or longer) to develop and release a top title, which is a LOT of work. Programmers and game designers aren't cheap to employ either.

I think if a game is truly remarkable, innovative and has fantastic gameplay, I would quite happily pay £30-40 for it!

You're paying for how new it is. If you don't wana play loads wait 6 month after release and get it off e-bay. Then when your tired of it sell it back on e-bay. I do this and I can honestly say it works out cheaper than my friend who buys pirated CDs!
30/06/07 game ebayer
-4